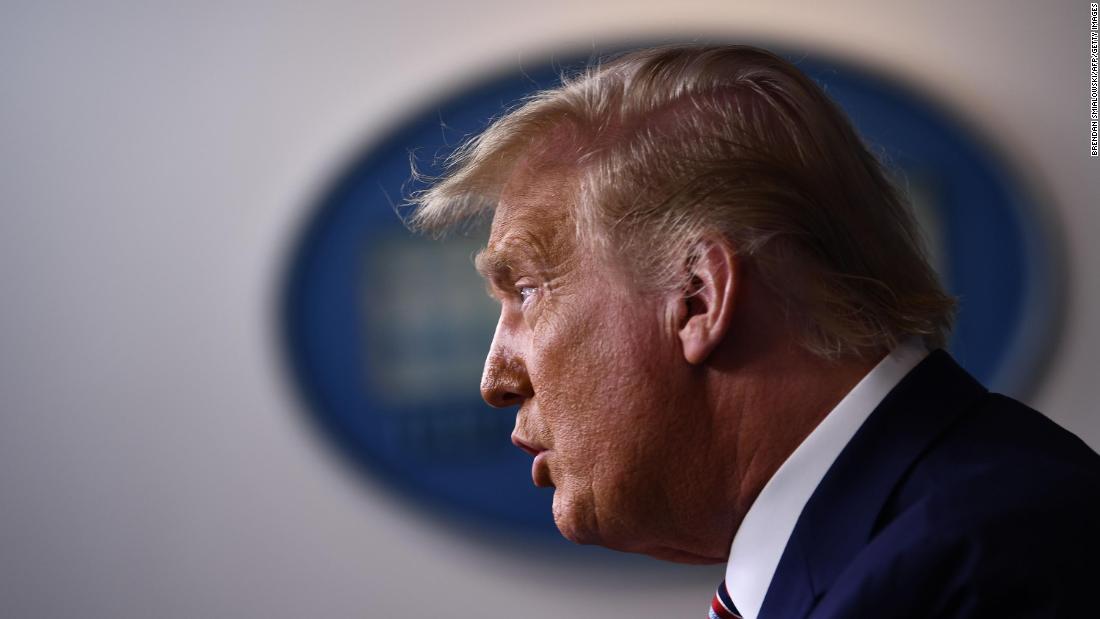 (CNN)The Biden administration won't be turning over former President Donald Trump's tax returns to the House until at least November, despite the recent dramatic Justice Department opinion that the IRS "must" hand them over.

A federal judge will hear arguments then on whether Trump can block the tax returns' release. The scheduling development puts on ice for the foreseeable future one of two major ongoing court cases over access to Trump's tax returns.

The Biden administration told Judge Trevor McFadden, a Trump appointee on the DC District Court, last week that the Treasury Department believes it should turn over Trump's tax returns "promptly" to the House Ways and Means Committee. But the agency also agreed to hold off and allow Trump to argue against releasing the documents.

Trump's team has argued against the release of the tax returns, alleging Democrats in the House were pursuing Trump for political reasons. Trump is asking the federal court to permanently block the Treasury Department from turning over his tax returns and to order Ways and Means Committee Chairman Richard Neal to "end all ongoing examinations" of Trump and his companies.

According to a brief court hearing on Monday, the Biden administration and the House committee will have a month to respond to Trump's arguments -- a typical amount of time in cases like these.

The arguments will take place on November 8, meaning McFadden won't make any major decisions in the case before then.

The administration handing over the tax returns would be in line with the latest Justice Department policy.

The House has another pending court case where it is also seeking Trump's tax records, from the accounting firm Mazars USA. The judge could rule any day in that case.

Toddler on a feeding tube after swallowing magnetic balls

www.cnn.com - 4 months ago
A two-year-old boy in Florida is on a feeding tube after doctors had to remove 16 magnetic balls from his digestive tract.
Read More

www.cnn.com - 11 months ago
Several leading grocery chains are reimposing limits on key items such as toilet paper, paper towels and disinfecting wipes, hoping to keep their shelves stocked and prevent shoppers from hoarding as they did when the pandemic began in the spring.
Read More

www.cnn.com - 12 months ago
Former New Jersey Gov. Chris Christie wrote Wednesday that mask wearing is not a "partisan or cultural symbol," urging Americans to wear one to guard against the coronavirus.
Read More

These are the states with the highest and lowest vaccination rates

www.cnn.com - 5 months ago
About 58% of American adults have received at least one dose of a Covid-19 vaccine -- but the rates differ depending on where you look.
Read More
More News & Articles