Witness says R. Kelly made her dress like a girl scout during sex

Jerhonda Pace testified that R. Kelly made her dress like a girl scout and filmed them having sex when she was 16 years old and he was 42 years old.
Author: Ben Feuerherd, Jorge Fitz-Gibbon
Published: 2021-08-19 01:22 pm 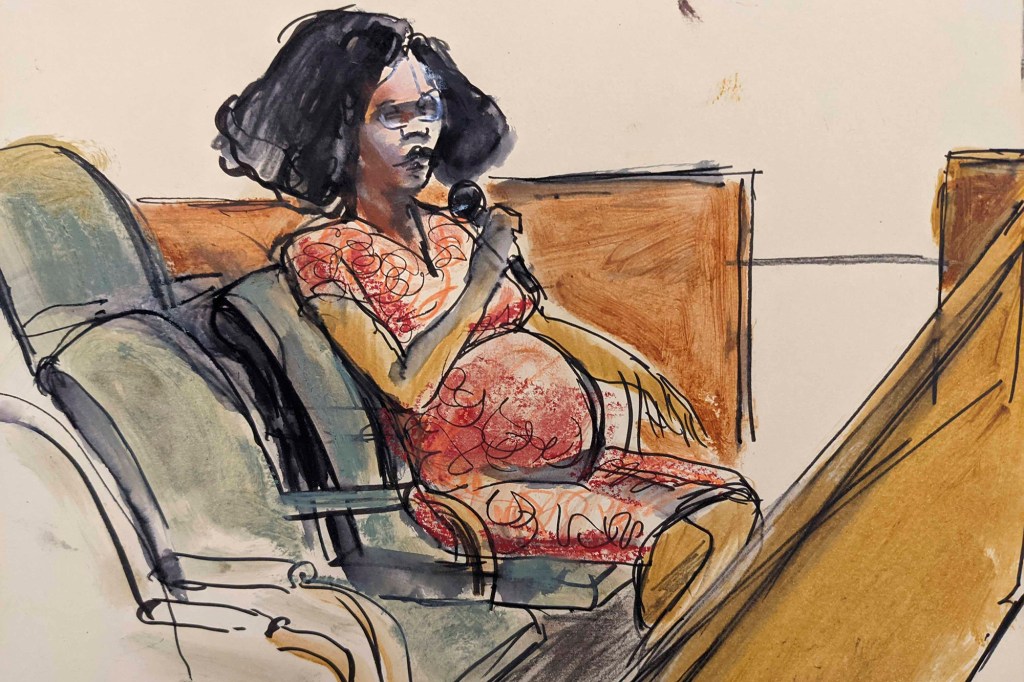 The first witness at the sex trial of R. Kelly testified Thursday that the former pop star made her dress like a Girl Scout and filmed them having sex when she was 16.

“He wanted me to put my hair up in pigtails and dress like a Girl Scout,” Jerhonda Pace, who is now 28, said on the stand in Brooklyn federal court.

She said Kelly, whose real name is Robert Sylvester Kelly, was 42 at the time.

Pace’s bombshell revelation came on her second day on the witness stand in Kelly’s trial on nine counts of racketeering and violations of the federal Mann Act.

She said she met the “I Believe I Can Fly” crooner in Chicago when she was just 14, and had the bizarre sexual encounter with him more than a year later — with the singer setting up a tripod and shooting video of the incident, Pace said.

On Wednesday, she testified that she told Kelly her age before the encounter — but said the singer told people she was 19 and told them to act like she was 21.

Pace said Kelly, 54, performed oral sex on the then-teen, and she told him she “felt it wasn’t right” and told him she was only 16, even presenting ID.

She said Kelly brushed it off and told her he would “train” her.

“He bent me over the back of his sofa and he took my virginity,” Pace testified.

In the morning, an employee gave her $50 and drove her to a train station.

Pace said she visited Kelly’s mansion several times over the next six months and was forced to follow “the rules” — including a requirement that she call him “Daddy.”

During the last encounter in January 2010, she said, Kelly became furious, spitting in her face, slapping her and choking her until she passed out, she testified.

When she woke up, Pace said, Kelly made her perform oral sex on him and ejaculated on her face. She said she used her Aeropostale T-shirt to wipe off the semen.

Pace kept the shirt and never had it cleaned — although it is unclear if prosecutors were able to link it to Kelly through DNA testing.

In court Thursday, defense lawyer Deveraux Cannick tried to poke holes in Pace’s testimony — only to botch the math.

“So you advanced two years in one year, in one month?” Cannick grilled her.

That’s because Pace’s birthday is April 19, so she did turn 16 the month before the alleged incident at the singer’s mansion.

Kelly faces 10 years to life in prison if convicted.

nypost.com - 7 months ago
A violent mob was engaging in "reckless driving stunts" off Interstate 90 in Chicago when it attacked an Illinois state trooper's squad car with firecrackers, bricks and rocks.
Read More

nypost.com - 2 years ago
Here's a road map to help you plan the best road trip for summer 2021 and beyond.
Read More

nypost.com - 2 years ago
Here are the best sandals for spring and summer that are comfortable, cute and a perfect fit for any budget.
Read More
More News & Articles