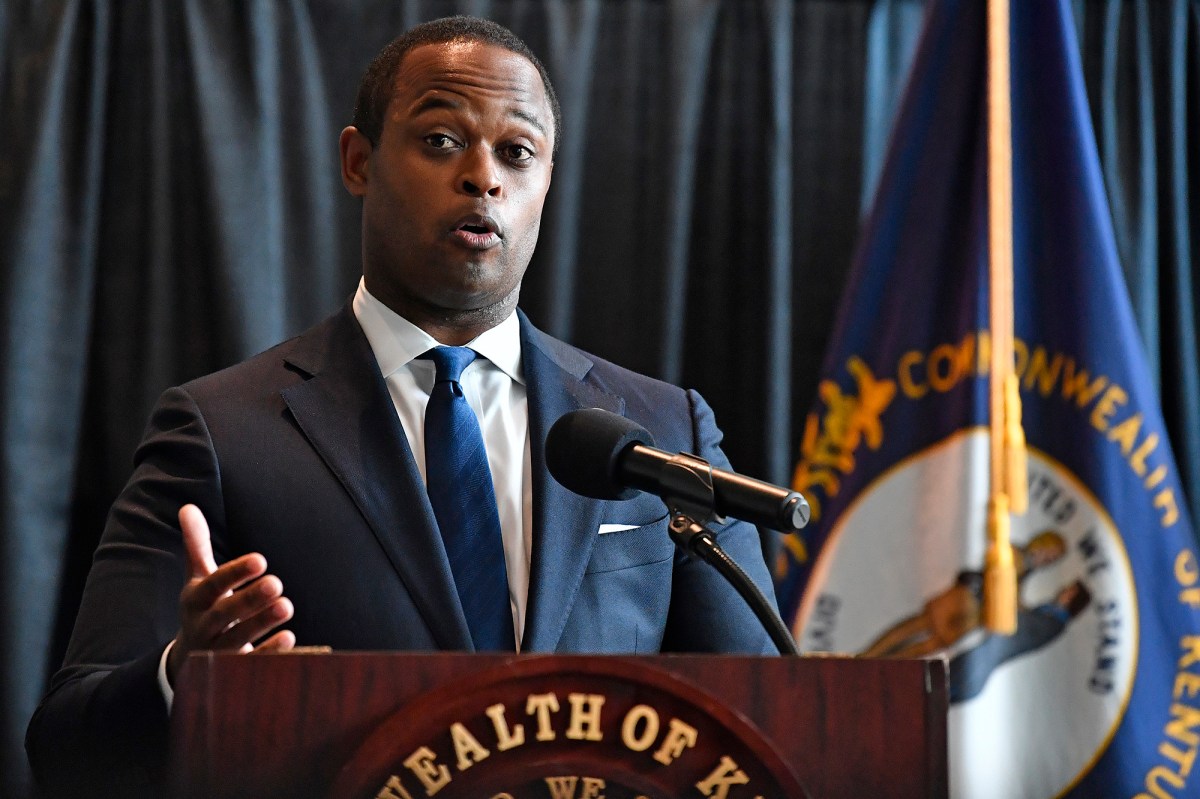 Kentucky Attorney General Daniel Cameron is getting beefed-up armed security after receiving “serious, credible threats” over his handling of the Breonna Taylor case, according to reports.

Cameron, who empaneled the grand jury that cleared three Louisville cops of criminal liability in Taylor’s March 13 shooting death, will have guards through the end of the year under a $300,000 proposal approved by the state Government Contract Review Committee, CNN reported.

“Our office has received detailed threats against the attorney general, his wife, and members of his family,” Cameron’s office said in a statement to the network. “The attorney general’s protective detail determined that given the credibility of such threats, additional personnel and resources were needed to provide the appropriate level of security.”

Cameron came under fire after Sept. 23, when he announced the results of grand jury proceedings into Taylor’s March 13 shooting death during a botched raid by Louisville police.

Earlier this month, a Kansas man was indicted for calling the attorney general’s office and threatening to kill him, the Courier-Journal reported.

The 12-member Kentucky jury panel, which met at a secret location for security reasons, indicted one of three cops involved in the fatal raid — Detective Brett Hankison — on charges that he “wantonly” fired his gun.

Hankison, who had been fired after the shooting, later pleaded not guilty and is free on $15,000 bond.

But Hankison and the two other officers — Sgt. Jon Mattingly and Detective Myles Cosgrove — were all cleared in Taylor’s death.

A judge ordered Cameron to release recordings of the grand jury proceedings, which revealed that the panel was not asked to consider homicide charges when hearing evidence in the case.

Taylor’s family has asked that a special prosecutor be appointed to conduct a new review of the case.

nypost.com - 2 years ago
Minnesota Timberwolves guard Malik Beasley is facing felony charges for threatening a family with an assault rifle as they looked at homes in his neighborhood, prosecutors said. Beasley, 23, was charged Thursday with felony threats of violence and
Read More

nypost.com - 4 months ago
A Texas school district said Tuesday that they fired a teacher who blasted a high-pitched noise to punish the class as one student described as "torture."
Read More

Derek Jeter opens up about Alex Rodriguez rift in new doc: ‘Not a true friend’

nypost.com - 1 month ago
Derek Jeter realized Alex Rodriguez was not a 'true friend' after the latter’s infamous interview with Esquire in 2001.
Read More
More News & Articles