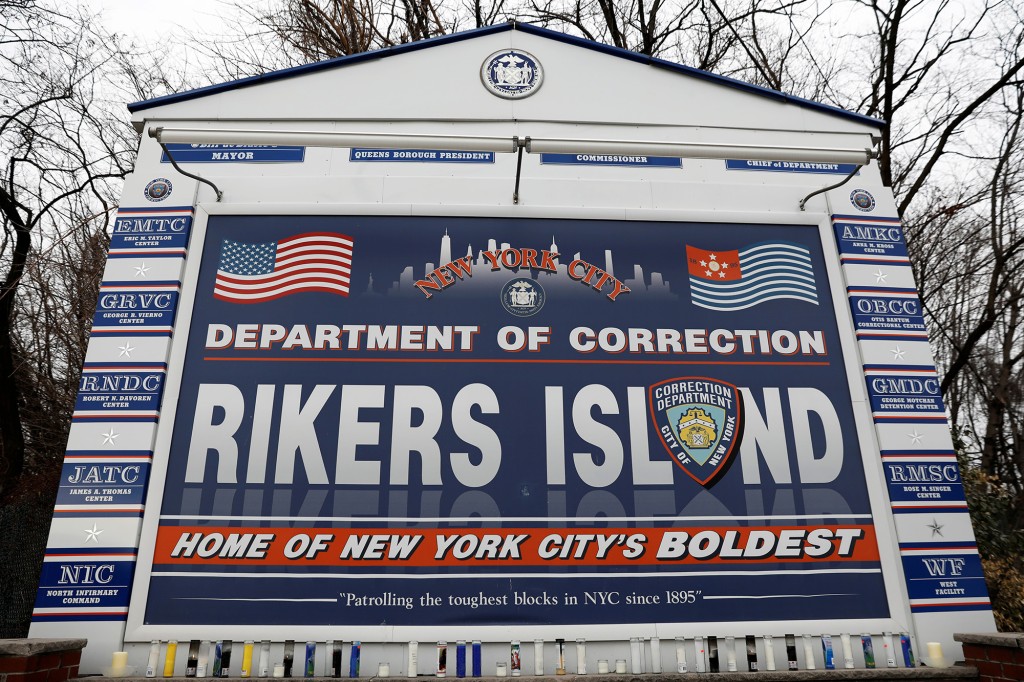 Inmates are running wild on Rikers Island amid an ongoing staffing crunch that’s left charges free to stab each other, answer the phones and run through corridors destroying maintenance equipment, The Post has learned.

On Sunday morning, three inmates from the Folk Nation gang jumped a Bloods member and slashed him in the face inside of an unmanned housing area at the Anne M. Kross Center, the jail’s largest facility, internal records obtained by The Post show.

At the time, 26 corrections officers were working quadruple shifts, 35 were on triple shifts and 30 patrol posts across the AMKC were unmanned as the jail grapples with an ongoing staff shortage, internal communications show.

A day earlier at the Otis Bantum Correctional Center, another Rikers facility, a group of inmates ran wild through the corridors and destroyed a slew of fire safety equipment before officers could stop them, according to an internal email seeking “emergency maintenance.”

On Monday, the chaos continued, according to Patrick Ferraiuolo, the president of the Correction Captains’ Association.

“One of my captains in AMKC called a housing area and the inmates answered the phone,” Ferraiuolo recounted.

“[The inmate] said ‘Hey how you doing captain? The officer went home, he was tired, he was going into his triple or fourth tour and he left, he left us here alone.’ So it’s a housing area with no correctional officer watching over them… this is an everyday occurrence,” he continued.

“It’s just been a nightmare.”

Last month, The Post obtained pictures of a corrections officer’s log book that’d been filled out by an inmate who lamented the lack of supervision when he was left in an unmanned housing area.

“No officer on post. No fan on post. This is outrageous. Something needs to be done. Now!” one of the entries in the book, signed “inmate,” stated.

“All inmates are stressed… No officer for 2 days… Department of Corrections needs to get it together. Please!!”

Last week, corrections officers and captains protested outside of the jail and lambasted what they called the worst working conditions in the jail’s notorious history — conditions DOC Commissioner Vincent Schiraldi admitted were serious.

“We are deeply concerned about the safety of our staff, medical staff, and incarcerated people in our facilities and are working hard to improve conditions,” Schiraldi said in a statement Monday.

“We have been taking extensive measures to encourage staff to return to work, to relieve those who have been heroically working extra shifts to compensate, and to make this an environment where any parent would feel like their own son or daughter was safe working or living here.”

The DOC has blamed the staff shortage for the issues and said approximately 3,000 out of 8,800 staffers either called out sick in July or weren’t working with inmates and “thousands more” went AWOL. As a result, the agency recently implemented a stringent new sick policy that required staffers to get a doctor’s note if they were going to be out.

An additional 400 officers are set to be hired by the DOC but until then, the agency is in a catch-22.

“The officers are not coming to work because they can’t, they’re doing three tours and then they’re expected to come back ten hours later because the guidelines give them ten hours between tours to come back and do three more tours,” Ferraiuolo explained.

Schiraldi, who took over the DOC in June, promised to end triple and quadruple shifts as soon as possible earlier this summer and in the meantime, offered free cab rides home and meals to staffers working multiple tours.

Ferraiuolo said the staffers’ issues can’t be fixed with cab rides and the concerns present a major safety issue for both staffers and inmates alike.

“You’re basically admitting that they’re not coherent enough to drive but they’re allowing people to go into quadruples and work housing areas with inmates and you’re supposed to stay up on a midnight tour and make sure no one commits suicide or anything else?” Ferraiuolo railed.

nypost.com - 1 year ago
Dog the Bounty Hunter insists he's still on the hunt for Gabby Petito’s fugitive boyfriend despite an ankle injury that has him back home in Colorado.
Read More

nypost.com - 9 months ago
Kareem Aly, 40, who was released from the hospital Tuesday, shared the agonizing update in an interview with WABC-TV where he also detailed the harrowing moments he was shot twice.
Read More

nypost.com - 1 year ago
Trouble in paradise, or just the grumblings of an annoyed coworker?
Read More