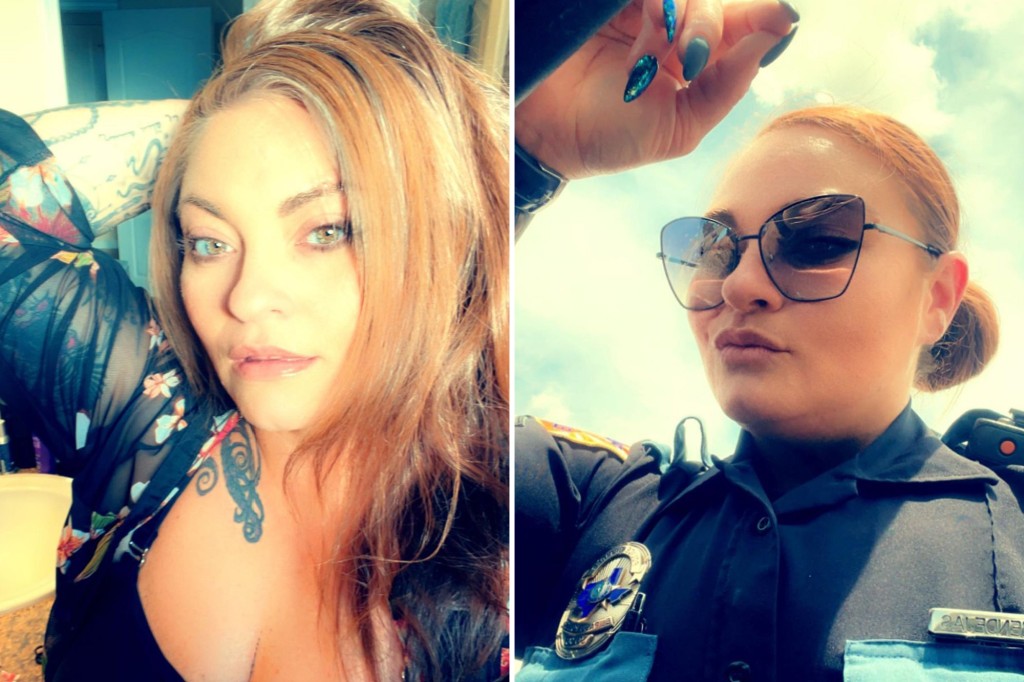 It’s becoming a trend: Andrea Zendejas, a popular Texas police officer who appeared in the A&E reality series “Live PD,” has quit her law enforcement gig and started a page on OnlyFans.

The ex-cop lamented her final hurrah as an officer on Twitter last month.

“Last days on patrol. Super emotional time for me,” wrote Zendejas, 36, who worked for the El Paso Police Department and is also a US veteran, the El Paso Times reported. “I will miss my brothers & sisters in BLUE.”

The former officer, who now lives in Wilmington, North Carolina, followed up in August with a smoldering post-retirement pic. In the caption, she described trading her “police uniform for tropical ties & flip flops,” hinting at “new adventures to come.”

Zendejas didn’t disclose what the “new adventures” entailed; however, the ex-officer does have an active account on the identity-confused skin bazaar OnlyFans, on which subscribers can see her titillating content for $15 a month.

The former cop bills herself on the page as a “PLUS Size Big booty havin’, gun slingin’, tatted, lingerie lovin’, All-American Woman.”

This isn’t Zendejas’ first time in the limelight. Starting in 2018, the plucky police officer joined “Live PD,” where she became known as the “Bun of Justice” among fans due to her massive hair bun, according to the El Paso Times. However, the cop lost the gig after the series was canceled by the A&E Network last year following weeks of protests in the wake of the death of George Floyd.

It seems ex-officers embarking on adult entertainment careers is becoming quite the trend. In June, an Australian cop — who got busted snorting coke off a Playboy model’s nude body — revealed that he started an OnlyFans page with the same woman.

nypost.com - 2 years ago
The Wisconsin cop who shot Jacob Blake in August is back on the job after returning from administrative leave. Kenosha Officer Rusten Sheskey returned to duty on March 31, Police Chief Daniel Miskinis said in a statement Tuesday. The white officer was not
Read More

nypost.com - 3 weeks ago
The Issue: Reports that migrants were cleared from the streets of El Paso, Texas, before President Biden’s visit. It is all a sham (“Joe’s El Paso Photo-Op,” Editorial, Jan. 9). Kudos to Gov. Greg Abbott for the letter he hand-delivered to President Biden
Read More

nypost.com - 2 years ago
House Speaker Nancy Pelosi is facing dissent in her caucus ahead of Tuesday’s vote to confirm the passage of the $1.9 trillion COVID-19 relief bill. With the Democrats’ slim 221-211 House advantage, Pelosi can afford no more than four defections in the
Read More

MTA falls behind on revenue due to lagging ridership, economy

nypost.com - 10 months ago
The MTA received $15 billion in federal aid from the COVID relief bills passed in 2020 and 2021, but did not forecast the major ridership drop caused by the Omicron variant.
Read More
More News & Articles