A Black victim’s family seeks a federal investigation into how the police have handled a shooting after a confrontation with a white man.
Author: Neil Vigdor
Published: 2020-09-03 11:30 pm 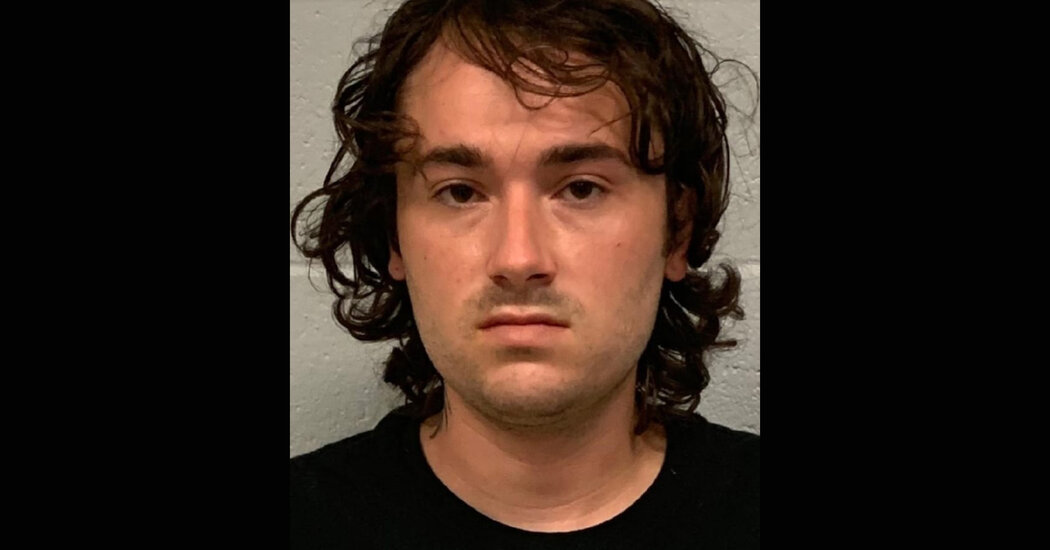 A white man charged with second-degree murder in the fatal shooting of an unarmed Black man who had been panhandling in a Trader Joe’s parking lot in Louisiana was released on bail on Thursday, intensifying calls from the victim’s family to investigate the killing as a hate crime.

On the evening of Aug. 22, Danny Buckley, 61, approached several people in the shopping center parking lot in Baton Rouge to ask for money, according to an arrest warrant affidavit. One of them was Jace Boyd, 24.

The two men got into a verbal altercation, the authorities said, as Mr. Boyd was sitting in his car. When Mr. Buckley asked a young woman for money, Mr. Boyd yelled at him to leave people alone and got out of his car, the police said.

As Mr. Buckley moved toward him, Mr. Boyd drew a gun and attempted to fire, but it misfired, according to the affidavit. “The suspect then manipulated the firearm, in order to place another bullet in the chamber, by cycling the firearm’s slide,” the affidavit said. Mr. Boyd then fired one bullet into Mr. Buckley’s left abdomen, it said.

The police noted that Mr. Buckley was not within reach of Mr. Boyd.

When the police arrived, Mr. Boyd maintained that he had shot Mr. Buckley after a confrontation, and officers allowed him to leave. He was arrested five days later and charged with second-degree murder and illegal use of a weapon.

On Thursday, Mr. Boyd was released from the East Baton Rouge Parish Prison on $300,000 bond, according to the parish Sheriff’s Office.

“We do believe that Mr. Buckley’s status as someone that is an indigent played as much a part of how the police initially handled the investigation of the shooting as did race,” Ron Haley, a lawyer for Mr. Buckley’s family, said in an interview on Thursday night.

The family’s lawyers said that the discretion that the police had showed toward Mr. Boyd allowed him to remove a series of social media posts that could have implicated him as a “Confederate sympathizer,” including some in which he posed with Confederate flags and clothing.

“We know the Confederates believe in white supremacy and we know that white supremacists believe that Black folks are inferior,” said Ryan Thompson, another lawyer for the Buckley family.

Before Mr. Boyd enters a plea, the case will go to a grand jury, which will decide whether to formally indict him on the second-degree murder charge, which is customary in Louisiana.

J. Arthur Smith III, a lawyer for Mr. Boyd, declined to comment on Thursday night, citing his own ongoing preliminary investigation of the case.

Shane Hinch, a lawyer who said he was initially contacted by Mr. Boyd’s parents, wrote in an email on Thursday that Mr. Boyd maintained that the shooting was justified.

“I can say without equivocation that despite reports, Jace at all times felt that both himself and his fiancée as well as another woman were in immediate threat of great bodily harm and that he acted in self-defense and defense of others,” Mr. Hinch wrote.

Mr. Buckley panhandled from time to time, but was not homeless, according to the lawyers for his family, who said he suffered from arthritic knees and was not threatening. They are asking the U.S. Justice Department to investigate Mr. Buckley’s killing, as well as how the police have handled the case.

Police officials declined to discuss the case on Thursday. The mayor of Baton Rouge, Sharon Weston Broome, who is also the president of East Baton Rouge Parish, did not respond to requests for comment, but in an Aug. 25 statement to media outlets in Louisiana said that she had spoken to the police chief and asked him to conduct a “fair and transparent review” of what happened.

“Every citizen deserves to be treated justly, and I promise to the residents of East Baton Rouge Parish that this investigation will be conducted fairly,” she said.

That same day, the Baton Rouge police announced that they had issued a warrant for Mr. Boyd’s arrest. He was taken into custody two days later.

Police Officer Who Shot and Killed Daunte Wright Was Training Others

www.nytimes.com - 8 months ago
Kimberly A. Potter was a 26-year veteran of the force in a Minneapolis suburb and president of a police union.
Read More

www.nytimes.com - 12 months ago
Why you should ignore the coming Republican deficit rants.
Read More

With Abortion Largely Banned in Texas, an Oklahoma Clinic Is Inundated

www.nytimes.com - 2 months ago
The new law prohibits abortions after about six weeks, a very early stage of pregnancy. Many women are now traveling out of state for the procedure.
Read More

Getting the Unemployed Back to Work