"Father, this wedding can't go on. This man here is my husband!" the gatecrasher shouted as she stormed into the Catholic church service.
Author: Lee Brown
Published: 2020-10-15 06:31 pm 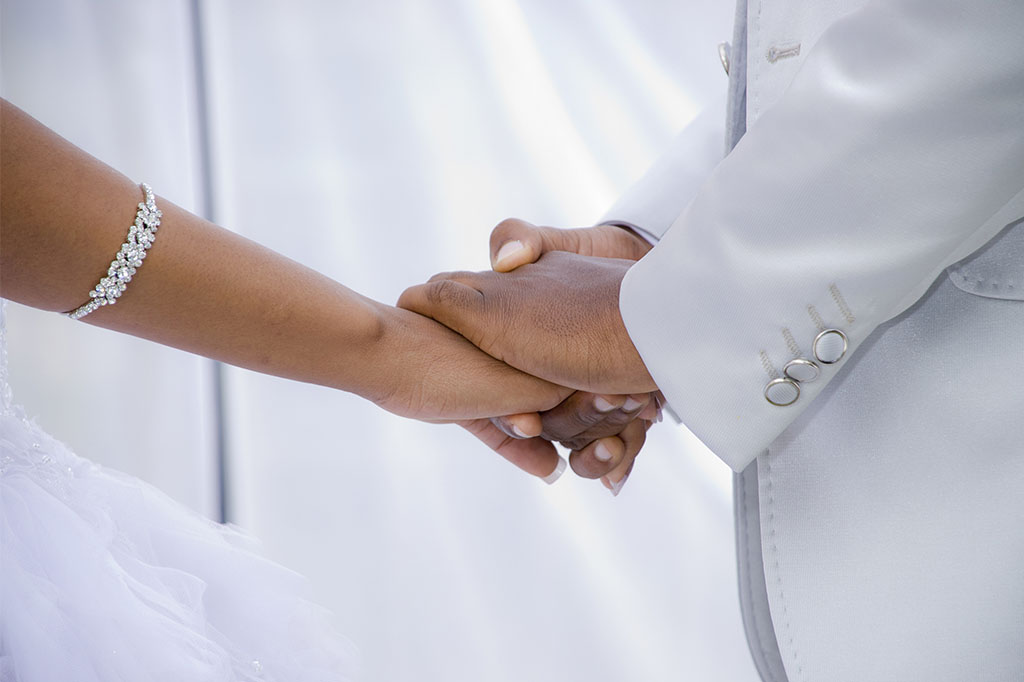 A bride-to-be was left blushing at the altar when her church service was interrupted by a screaming gatecrasher — her groom’s wife.

“Father, this wedding can’t go on. This man here is my husband!” the gatecrasher shouted as she stormed into the Catholic church service with a young child slung in a carrier on her back, according to footage shared Monday by The Zambian Observer.

“What?” one astonished-sounding guest asked, as others raced to confront the screaming woman as the groom and his bride-to-be — in a stunning formal white wedding dress — looked on uncomfortably.

The Zambian paper identified the groom as Abraham Muyunda, and said that he told his wife, Caroline Mubita — the mother of his three kids — that he was out of town on business when he was actually at the service.

But friends tipped her off, allowing her to race to loudly interrupt the illegal wedding in Chainda, the paper said.

Muyunda was arrested and is being investigated for bigamy, facing up to seven years in prison if convicted, according to the report. His bride-to-be knew all about his other marriage, the paper said, although there was no mention as to whether she was also being investigated.

nypost.com - 6 months ago
Rapper and activist Killer Mike went mainstream this year when he appeared next to Atlanta Mayor Keisha Lance Bottoms in the wake of the horrific George Floyd killing. As cities were burning and the country was hurting, he stood up and in an emotional,
Read More

nypost.com - 2 weeks ago
Eight lions at a zoo in India tested positive for coronavirus. Zoo authorities tested the animals on March 24 after they showed signs of respiratory distress.
Read More

nypost.com - 8 months ago
Jasper the cat is hairless by nature, but he hasn’t always lacked eyeballs.
Read More

nypost.com - 5 months ago
The Jets landed in New Jersey on a redeye flight from Seattle on Monday morning, then had five days to get their bodies recovered in time to take another cross-country flight Friday. In a season in which they have been beat up plenty on the field, the Jet
Read More
More News & Articles