Dr. Hasan Gokal was fired from his job and charged with a crime after giving out COVID vaccine doses that were about to expire.
Author:
Published: 2021-09-17 02:51 pm 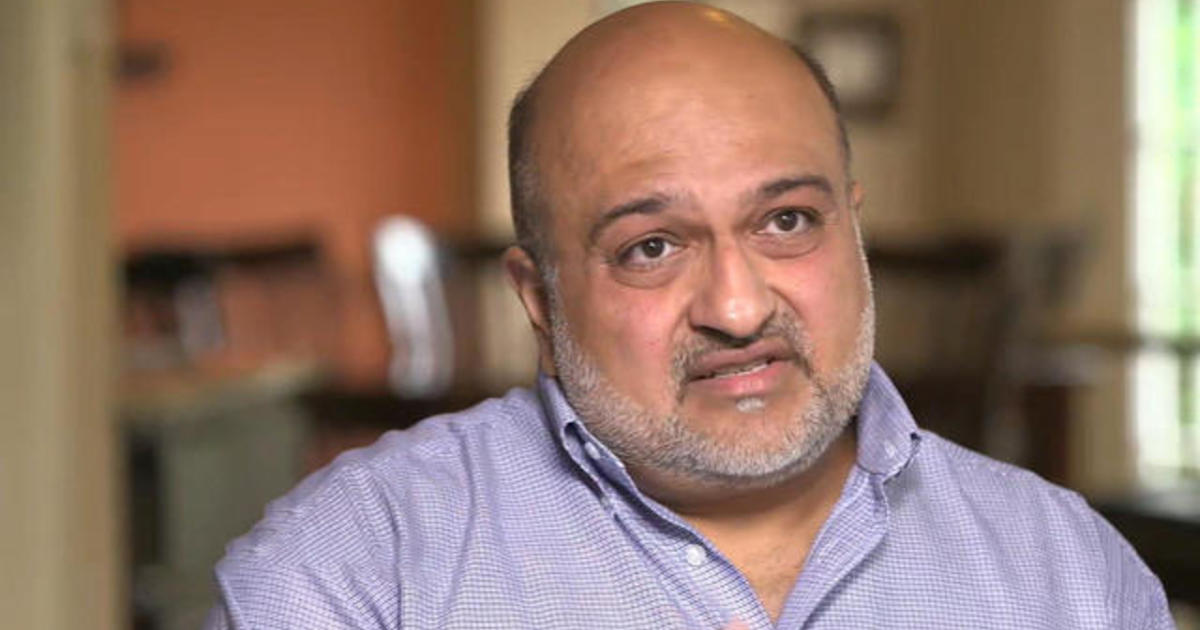 A Houston doctor says he was punished for administering expiring vaccine doses, and he is ready to strike back. Dr. Hasan Gokal was fired from his job. A few weeks after he was fired, Harris County's District Attorney, Kim Ogg charged him with stealing vaccine doses. In January, a judge decided there was no probable cause to charge Gokal.  Ogg then took the case to a grand jury, but in June the grand jury declined to indict him. The charges against him were dropped.

Gokal claims he was discriminated against on the basis of race and national origin when he was fired. The story of his firing and the subsequent filing of criminal charges gained international attention when it broke, but the headlines were not as prominent and glaring when the criminal case that the District Attorney brought against Gokal fell apart.

The lawsuit will seek damages in excess of $1 million based on what Dr. Gokal claims is "mental anguish, economic loss and loss of reputation." Gokal told Begnaud that he first learned that Ogg had charged him with theft by a public servant while watching the news.

"Did the DA's office call you?" Begnaud asked.

"Did you hear from any investigators?" Begnaud followed.

On December 29, 2020, COVID-19 vaccines were just being rolled out nationally. Harris County was having its first public vaccination event, and Gokal was the supervisor.

At the end of the night, he said there was one open vial with ten doses left in that vial, and they had to give them away within six hours, or they were going to expire.

"I made a quick call to the immediate supervisor and said, 'Hey, I've got a few doses. I'm going to find people to try and give them to' and the answer was ok. I started making phone calls to people that I thought would know somebody or might have contacts who may benefit from the vaccine, specifically in the high-risk categories," said Gokal.

Zehra Ahmed was one of the people Gokal called. She works at a doctor's office and has a mother with Parkinson's disease who lives with her. She defended Gokal.

Gokal said when there was just one dose left and less than an hour before it was to expire, he gave the vaccination to his wife, Maria, who has pulmonary sarcoidosis, an inflammatory disease of the lungs.

The next day he said he turned in all the paperwork for the 10 vaccines he gave out, and eight days after that, he said his human resources director said he wanted to see him. Gokal recalled to Begnaud what was said.

"We heard that you took a vial and vaccinated your friends and family with it,' So at that point, I'm like 'Are you talking about the first day of vaccination when there were leftover vaccines and I took them and I found ten people to give them to?' 'Oh, you admit it, so we're going to have to terminate you," Gokal recalled.

"I said look, you guys were going to throw these away, but I found people to give them away to," he said.

Gokal said the human resource director said: "Well, the other part of it is you didn't do it in an equitable manner."

Gokal says he replied: "Are you suggesting that there were too many Indian names in the group?' And he points his fingers and he goes, 'Exactly,'" Gokal recalled.

The Investigation Report from the district attorney's office reported that the HR director said that the patient forms they had identified were "individuals of the same nationality as Dr. Gokal," so it looked like the forms belonged to "friends and family."

Two weeks after Gokal was fired, the district attorney put out a press release claiming that Gokal "abused his position to place his friends and family in line in front of people" and that he "disregarded county protocols." But five days later, Assistant District Attorney Kimberly Smith told Gokal's lawyer, in an email, that there were "not any written protocols at that time" nor was there a "waitlist."

Harris County Judge Franklin Bynum reviewed the district attorney's case against Gokal, and he found that there was no probable cause to charge the doctor.

"Based on the information they provided me, not only had they not proven that there was theft, but that they had gone about it, at least from what I could see, in a way that was pretty incomplete and pretty sloppy," Bynum told CBS News.

Two months later, the Texas medical board cleared Gokal of any wrongdoing. But Ogg persisted, and four months later, she took the case to a grand jury, and the grand jury declined to indict Gokal.

The spokesman for the DA told CBS News: "The grand jury has spoken, and we greatly respect that." adding: "Given grand jury secrecy and the possibility of civil litigation involving the county it would be inappropriate for the DA to participate in an interview."

"Well that's ironic because she finds herself in front of a camera whenever it's self -erving to her," said Paul Doyle, Gokal's defense attorney, said."How about say sorry? Ok? How about say I got it wrong?"

"This has been incredibly, incredibly devastating. There's no other way to put it," Gokal said.

"Tell folks why did what you did," Begnaud asked Gokal.

"I did what a physician would do, which is take resources for patients and give it to them instead of throwing it away, and that's why it was so infuriating," he said.

Some of the other people Gokal vaccinated before the COVID doses expired were two women in their late 80s who were bedbound, so he went to their home to vaccinate them. He also went to the home of a woman whose child is on a ventilator.

Begnaud spoke with Ogg, by phone and followed up via email with several questions. He says the district attorney said she would respond, but never did.

www.cbsnews.com - 7 months ago
Sen. Marco Rubio, R-Fla., says the Islamic militants in Iraq and Syria would pose an "extremely serious" national security risk to the U.S. if they can establish a safe haven.
Read More

www.cbsnews.com - 1 month ago
Mass deportations for more than 12,000 migrants gathered along the Texas border are underway, with some 300 Haitians flown back in their home country Sunday. CBS news correspondent Manuel Bojorquez has an update from Del Rio, Texas. Then Nick Miroff, a
Read More

Producer: "Stories don't just go away after we finish"