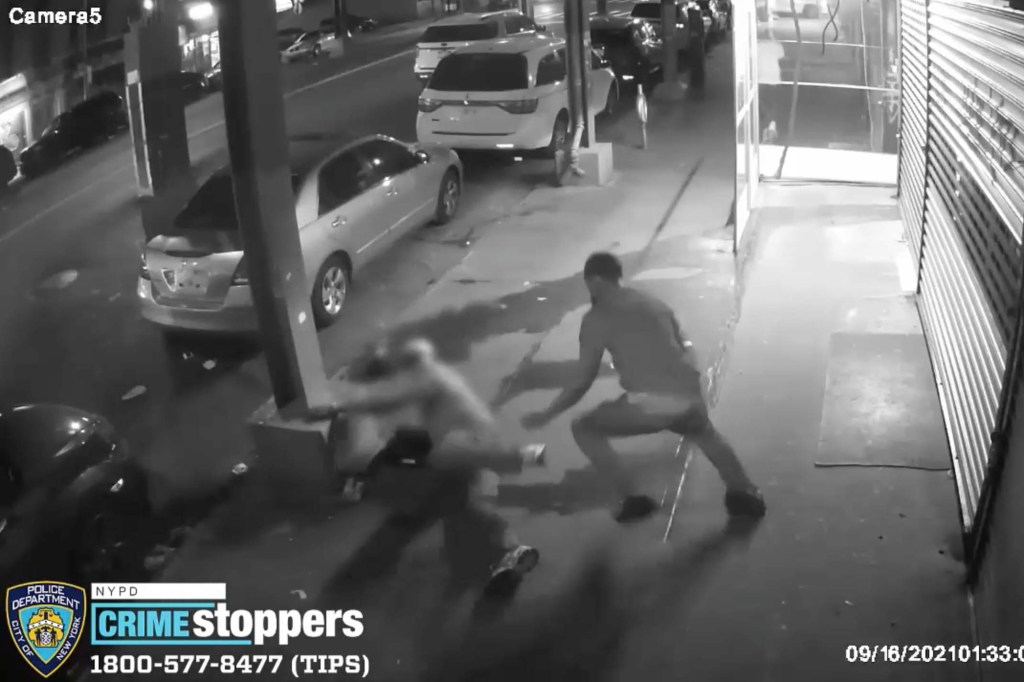 A heartless brute violently robbed a 68-year-old man of his wallet on a Bronx sidewalk last week, police said.

The male suspect tripped the victim to the ground and repeatedly slugged him in the face during the attack on Westchester Avenue near Evergreen Avenue in Soundview at about 1:20 a.m. last Thursday, cops said.

Surveillance footage of the robbery provided by police shows the robber also dragging the man before snatching his wallet and fleeing on foot.

The stolen wallet contained an ID card and $70, cops said.

The victim sustained bruising to his face and was treated on scene by EMS, authorities said.

The crook was still on the loose late Sunday.

nypost.com - 2 months ago
The US State Department has urged Americans to not travel to Italy due to the recent COVID-19 surge but Phil Murphy flew to the country on a trip anyway.
Read More

nypost.com - 1 year ago
Sen. Kamala Harris refused to address the buzz surrounding the fly that landed on Vice President Mike Pence’s head during their debate. The Democratic vice presidential nominee tried in vain to fly by questions about the show-stealing insect during an
Read More

nypost.com - 3 months ago
A US Navy sailor has been charged in connection with last year's devastating fire on board the USS Bonhomme Richard.
Read More
More News & Articles