Chipotle to roll out spicy brisket dish by popular request

By popular demand, Chipotle is rolling out a fiery new Smoked Brisket topping this Thursday. The Tex-Mex monger has reportedly been working on the sweltering dish since last fall.
Author: Ben Cost
Published: 2021-09-21 01:54 pm 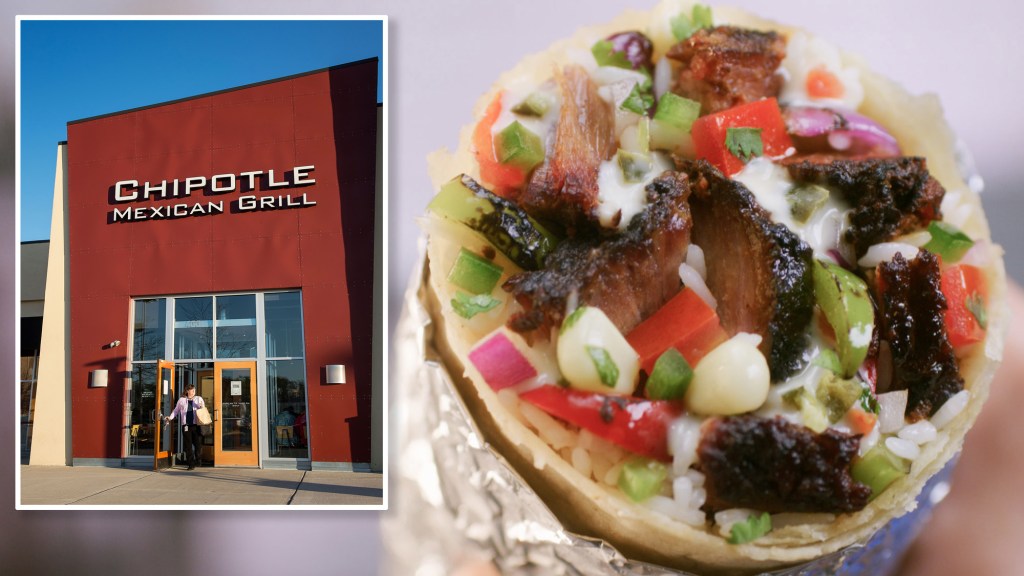 They’re bringing the meat and the heat.

Tex-Mex chain Chipotle is appealing to its legions of meat-lovers by rolling out an atomic spicy new smoked brisket option in its North American stores starting Thursday.

“Over the past two years, Chipotle’s culinary team has been challenged to develop a reimagined brisket recipe that is uniquely Chipotle,” the burrito merchant said in a statement. “The result is a tender, Mexican-inspired Smoked Brisket that introduces entirely new flavor profiles to every Chipotle bowl, burrito, quesadilla and taco.”

The responsibly-sourced beef is expected to wallop eaters with its heat as it’s topped with both whole jalapeños and chipotle chili peppers, the Entrepreneur reported. The molten meat is then finished with a zesty brisket sauce that’s comprised of smoky chili peppers — for extra zing.

The carnivorous new nosh was created because “brisket was consistently among the top requested menu items by Chipotle guests,” according to the statement. And it’s been a long time coming: the chain has been doing dry runs of the dish in Sacramento, California and Cincinnati, Ohio since last November.

The Smoked Brisket will hit menus across the US and Canada on Thursday, while Chipotle rewards members will get exclusive access to the new dish this Tuesday and Wednesday via the Chipotle app and Chipotle.com.

In honor of the launch, the Mexican Grill is waiving delivery fees on orders of $10 or more between September 27 and October 3.

The Smoked Brisket marks Chipotle’s third major menu rollout after the vegetarian-friendly Cilantro-Lime Cauliflower Rice at the beginning of 2021 and the acclaimed Quesadilla that debuted in March.

nypost.com - 1 year ago
New York’s long-stalled plastic bag ban is finally due to kick in on Monday, state officials said. Approved in March 2019, the ban was supposed to go into effect March 1 this year but lingered for months while a lawsuit filed by Long Island plastics
Read More

nypost.com - 3 months ago
There is only one hope for the Knicks and Nets regarding whether Giannis Antetokounmpo’s Bucks are destined to build an Eastern Conference dynasty
Read More

nypost.com - 8 months ago
Two stillborn babies in Israel from mothers infected with COVID-19 have also tested positive for the coronavirus — with at least one of the deaths blamed on the contagion, according to a report. A woman in her 36th week of pregnancy lost her unborn child
Read More

Liberty fall to Storm despite big night from Sabrina Ionescu