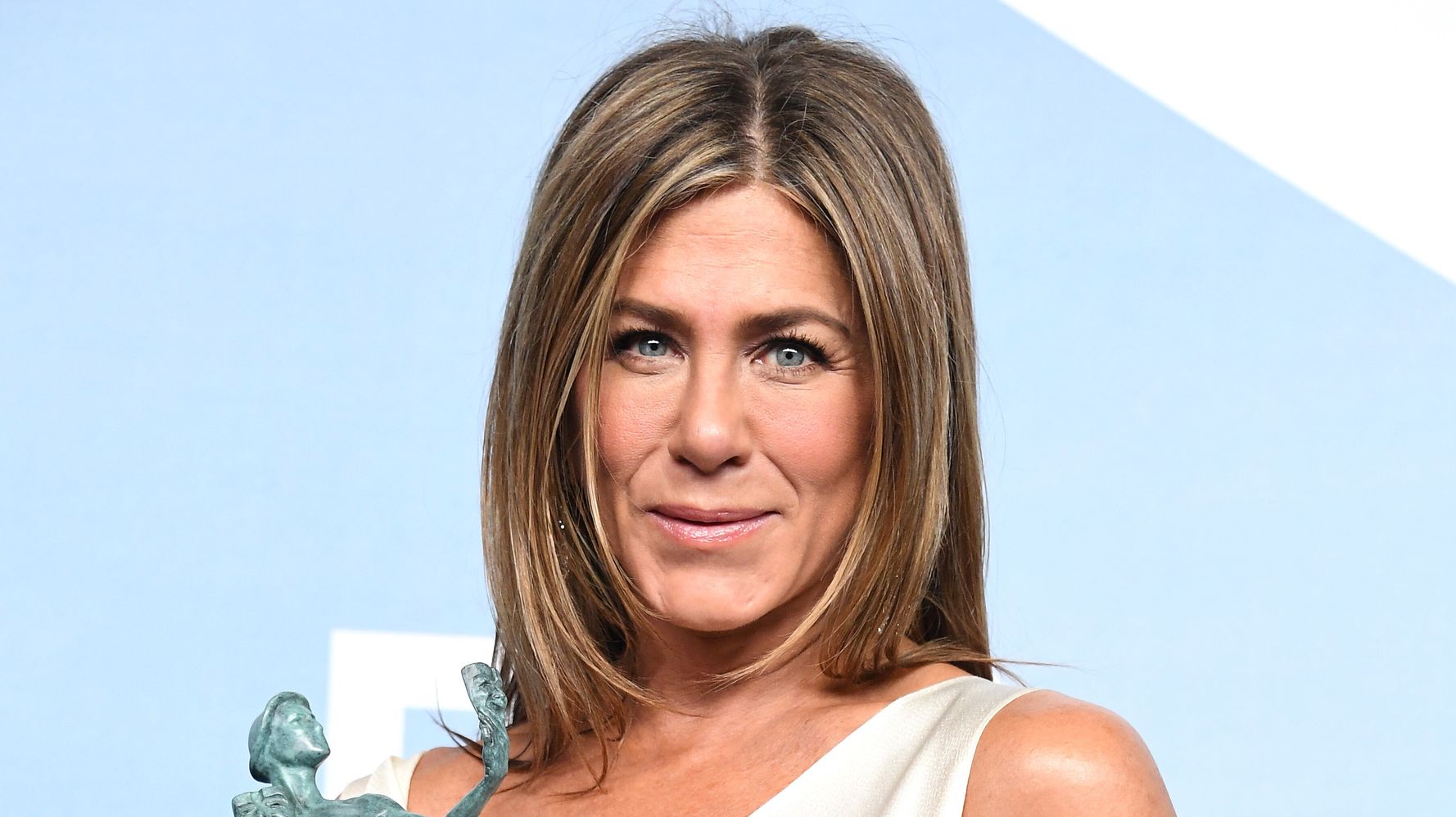 Jennifer Aniston says she only heard the rumor about her supposed romance with “Friends” costar David Schwimmer via mocking text messages referencing one of their iconic moments from the show.

In an interview with Marie Claire Australia published Wednesday, “The Morning Show” actor Aniston recalled her bemusement at receiving messages from people saying, “I thought you were on a break, LOL.”

“And then I went online to see what was happening and I was like, ‘That is the funniest rumour that I never heard that got shot down in the quickest amount of time,’” she explained.

Reports of a relationship between Aniston and Schwimmer ― who played on-off couple Rachel and Ross on the sitcom ― swirled in August after Closer magazine cited an “insider” who’d said they’d become closer following the “Friends” reunion.

Schwimmer’s representative quickly shut down the claim, though, disappointing fans who’d thought their reunion show admission about having mutual crushes on each other during filming could have led to more.

www.huffpost.com - 1 week ago
He won two World Series in 12 MLB seasons but will always be remembered for the collision that upended his career.
Read More

www.huffpost.com - 11 months ago
One protester incredibly complained that having to drink outside made him feel like a Jew during the Holocaust.
Read More

Ted Cruz Tries Trolling Patton Oswalt, Who Just Puts The Joke On Him

www.huffpost.com - 1 month ago
The Texas Republican received a blunt reminder of his many controversies in response.
Read More

The 10 Most Popular Shows On Netflix Right Now