South Carolina Law Enforcement Division said that "initial priority" had only been on solving the murders of Maggie Murdaugh and her son Paul.
Author: Lee Brown
Published: 2021-09-24 09:47 am 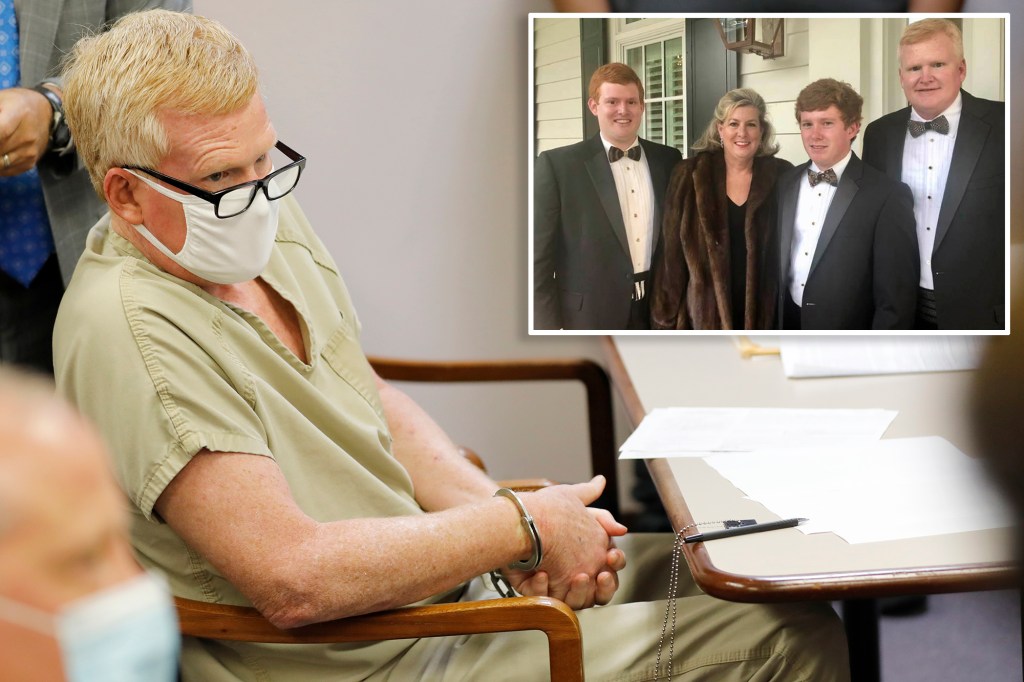 South Carolina police have called in the FBI to help investigate the double-slaying of Alex Murdaugh’s wife and son as well as the mushrooming scandals since tied to the disgraced legal scion.

South Carolina Law Enforcement Division (SLED) said late Thursday that “initial priority” had only been on solving the “brutal murders” of Maggie Murdaugh, 52, and her son Paul, 22, who were shot dead on June 7.

“During the course of the double murder investigation, SLED agents have uncovered other potential crimes that warrant further investigation,” the agency said in a statement.

Since Alex Murdaugh found his wife and son’s bodies near their hunting lodge, he has been investigated by SLED for allegedly stealing money from his family’s law firm as well as the mysterious 2018 death of his housekeeper at his home and missing millions meant for her sons.

He was recently also charged after admitting a hare-brained suicidal scheme in which he hired his alleged drug dealer to off him so that the lawyer’s son would land a $10 million life insurance policy.

A flurry of lawsuits have also accused him of using his legal influence to take money as well as protect his family, including his murdered son Paul, who was due to face trial for a deadly drunken boat crash.

“Our agents remain committed to following the facts no matter where they lead us,” stated SLED Chief Mark Keel, saying they “continue to work diligently to bring justice to all victims in these cases.”

“I have been in contact with the Federal Bureau of Investigation as well as the United States Attorney’s Office for the District of South Carolina,” he said.

“We will continue to call upon our federal partners as their assistance is needed to successfully investigate and prosecute specific aspects of these cases,” he said.

Murdaugh is currently out on $20,000 bond over the botched suicide insurance scam.

As well as legal problems, he is in rehab for opioid addiction and has also been suspended from practicing law in the state where his family has long been one of the most powerful legal presences.

nypost.com - 1 year ago
Senate Minority Leader Chuck Schumer said if Amy Coney Barrett is confirmed as President Trump’s nominee to the Supreme Court, she should recuse herself from hearing cases involving the Affordable Care Act or the 2020 presidential election. “It is clear
Read More

nypost.com - 2 months ago
China has has stolen sensitive data sufficient to "build a dossier on every American adult -- and on many of our children too," a Senate panel was told last week.
Read More

nypost.com - 11 months ago
The Dolphins are fawning over Tua Tagovailoa after his second NFL start, but the rookie has made a sobering and honest revelation about his health. Approximately one year removed from a devastating injury at Alabama that ended his 2019 season, derailed hi
Read More

nypost.com - 4 months ago
Released body-cam video shows a misbehaving 16-year-old migrant boy getting tased by a Texas sheriff while he was at a government shelter for illegal immigrant children in San Antonio in May 2020.
Read More
More News & Articles