Blake Martinez out for season with torn ACL in Giants crusher 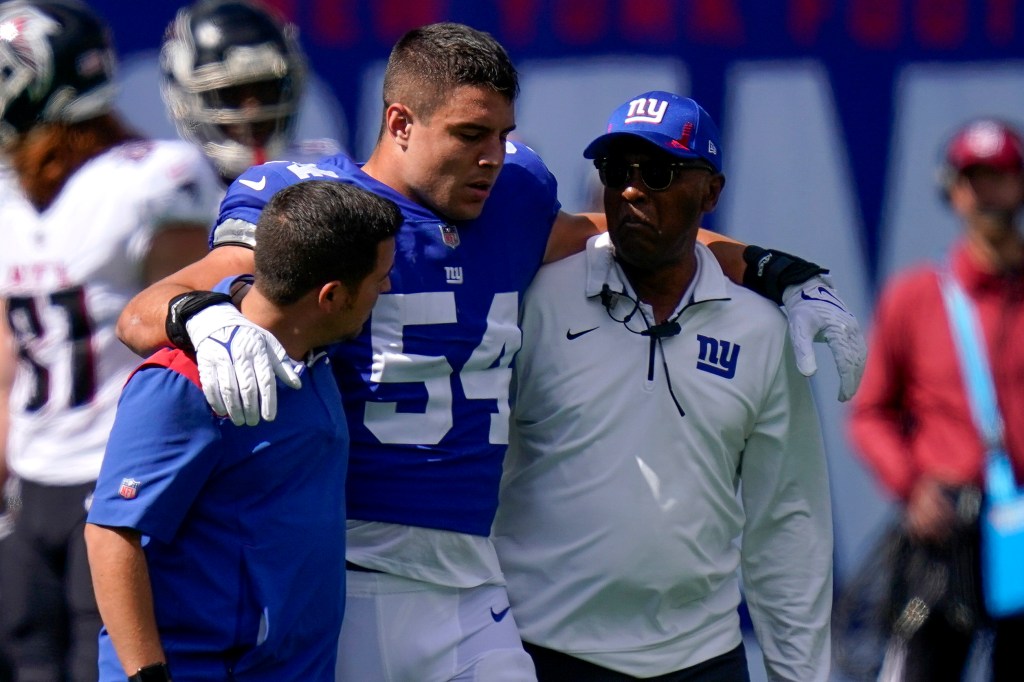 The hits keep coming for the Giants.

Martinez was injured just minutes into Sunday’s game when he attempted to tackle Cordarrelle Patterson. He needed to be helped off the field, and was immediately ruled out with a knee injury.

The team’s worst fears were realized, as the Giants will now be without their leading tackler from 2020 for the rest of the season. It is another huge blow for a team already at 0-3, a day after suffering a brutal loss on a walk-off field goal to the previously-winless Falcons.

nypost.com - 6 months ago
The biggest games of the season have seen Brooklyn’s worst slump of the season.
Read More

nypost.com - 1 week ago
Be prepared for fall yard work with leaf blowers, chainsaws, gloves and more, now on sale on Amazon for a limited time.
Read More

nypost.com - 10 months ago
Facebook took out full-page newspaper ads Wednesday slamming an Apple privacy update for the iPhone, claiming that it will threaten small businesses. Apple plans to roll out changes to its iOS 14 software early next year that will require app developers t
Read More
More News & Articles