Five people shot, one by police, in NYC gunfire: officials 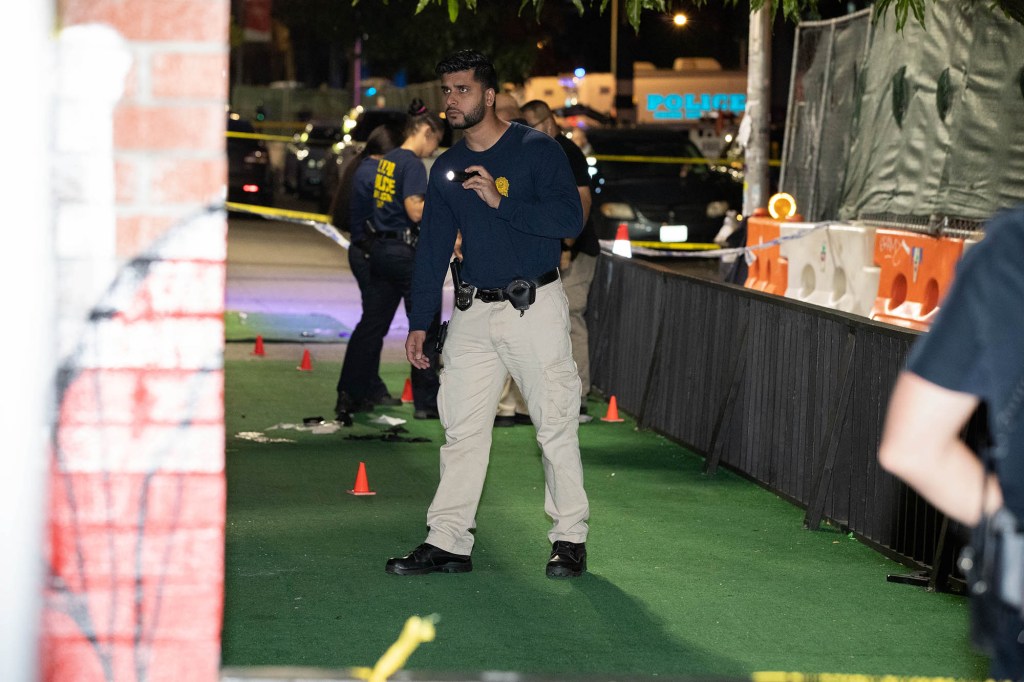 Officers were nearby when they saw a gunman firing at four victims at 10th Avenue and West 211th Street in Inwood around 4 a.m., police said.

Cops fired at a 30-year-old man, believed to be the suspect, authorities said.

He went to Harlem Hospital with non-life-threatening injuries.

The four victims are also expected to survive, cops said.

The motive for the gunplay was unclear Monday morning, and no further information was immediately available.

nypost.com - 11 months ago
It's located in Williamsburg, of course.
Read More

nypost.com - 7 months ago
A Manhattan judge tossed a $5 million lawsuit against Mayor Bill de Blasio brought by a former top city official who said he was illegally fired for blowing the whistle on alleged corruption. Ricardo Morales sued the city and his direct boss Lisette Camil
Read More

nypost.com - 3 months ago
Trevor Milton, the founder of electric-truck startup Nikola, was indicted Thursday on charges of securities fraud for lying to investors about "core aspects" of the business.
Read More

nypost.com - 4 months ago
A Houston-based hospital system has suspended 178 employees without pay for two weeks for refusing to get the coronavirus vaccine, according to reports.
Read More
More News & Articles