The intriguing rotation puzzle that emerges from Nets’ frontcourt makeover

Nets coach Steve Nash has gone from struggling to patch together the center spot to having to figure out how to get playing time for all of his big men. How can he keep so many players happy with so few minutes to go around?
Author: Brian Lewis
Published: 2021-10-02 08:20 am 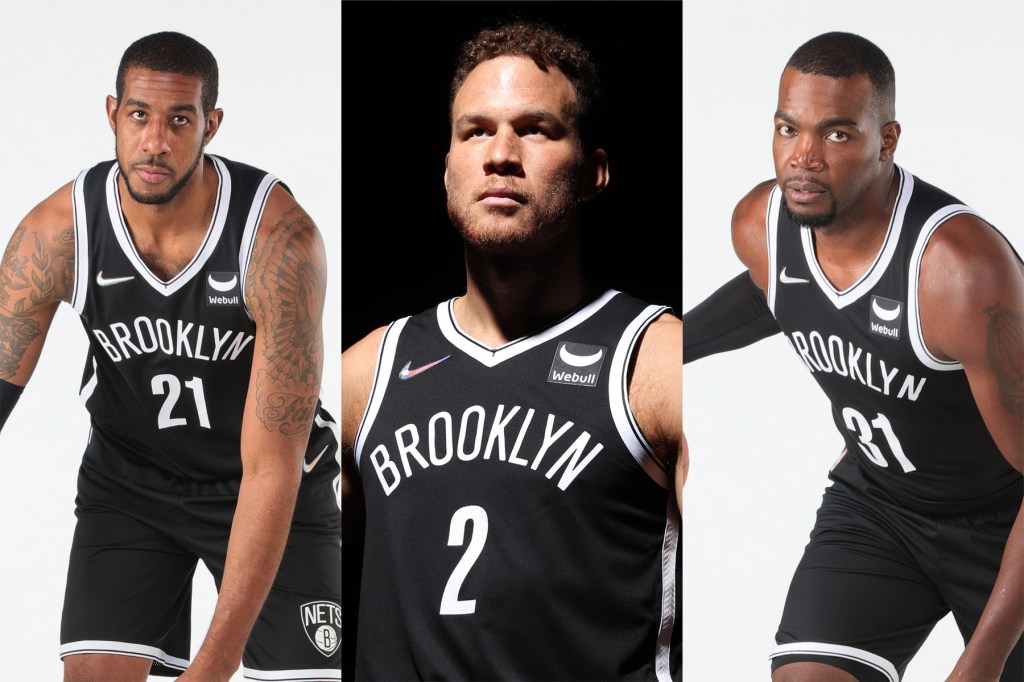 SAN DIEGO – The Nets frontcourt that will start this season looks nothing like the one that ended last season.

Blake Griffin started every game in last season’s playoffs as a smallball stretch five, but it was almost by default. Nic Claxton was struggling, and the second-year pro averaged just 10 minutes per game in the postseason. DeAndre Jordan never got off the bench for the final 16 games and was essentially persona non grata. Jeff Green was hurt.

Now, in an offseason makeover at the 4 and 5 positions, the depth has gone from wafer-thin to crowded (for a team chasing a championship, it’s never enough, right?). The Nets have been bolstered by the additions of LaMarcus Aldridge and Paul Millsap – accomplished veterans who presumably didn’t sign to sit on the bench – plus first-round draft pick Day’Ron Sharpe. Griffin and Claxton are back; Jordan (traded to the Pistons in a salary dump, waived then signed by the Lakers) and Green (joined the Nuggets as a free agent) are gone.

Also in the lineup: an all-universe forward by the name of Kevin Durant.

nypost.com - 9 months ago
William James Walker allegedly stole $12,000 worth of Lynyrd Skynyrd memorabilia that was supposed to be sold for charity.
Read More

nypost.com - 1 year ago
Conor McGregor says he is returning to the ring. The UFC star said Friday he is “boxing Manny Pacquiao next in the Middle East,” which would be his second career pro boxing match after squaring off with Floyd Mayweather Jr. in 2017. “It will be a true
Read More

What curfew? Miami spring breakers party on despite restrictions