Gov. Andrew Cuomo on Tuesday urged residents of New York and neighboring New Jersey and Connecticut to avoid all but essential travel among the states because of a spike in coronavirus cases in the Garden and Nutmeg states. During a conference call with
Author: Bernadette Hogan, Carl Campanile
Published: 2020-10-20 01:08 pm 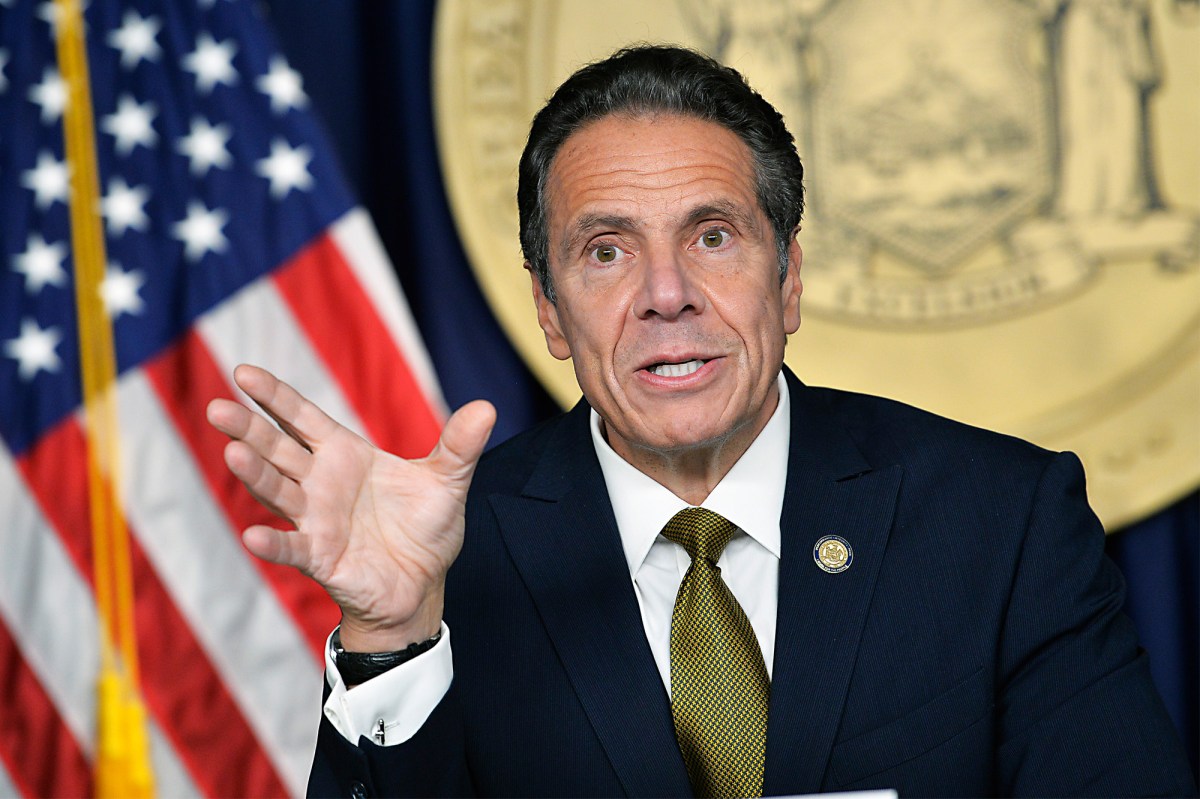 Gov. Andrew Cuomo on Tuesday urged residents of New York and neighboring New Jersey and Connecticut to avoid all but essential travel among the states because of a spike in coronavirus cases in the Garden and Nutmeg states.

During a conference call with reporters, Cuomo said “non-essential” cross-border travel in the tri-state region “should be avoided.”

It’s a sticky situation because the three states had agreed to a regional travel advisory that requires residents of other states with high COVID-19 infections to quarantine upon arrival. New York also requires foreigners at airports to fill out contact tracing forms.

Residents of any state that averages a 10 percent infection rate on a seven-day rolling average, or where the number of positive cases recorded exceeds 10 percent of every 10,000 residents over seven days, are required to quarantine.

Cuomo said New Jersey and Connecticut are now among the 43 states that exceed the threshold — though he said their residents will not be required to quarantine upon entry to New York because there is too much commuting and commerce between the states.

“We are now in a situation where 43 states are on our travel advisory. This is really a bizarre outcome. New York had the highest infection rate. We now have 43 states on our quarantine list. It just shows you how different the situation is now,” Cuomo said.

“Connecticut and New Jersey have seen spikes in infection. I’m gonna be speaking with the governors today about how we can help them with their spikes,” the governor said.

“There is no practical way to quarantine New York from New Jersey and Connecticut. There’s just too many interchanges, too many interconnections, there are too many people that live in one place and work in the other,” Cuomo admitted.

He said imposing the quarantine on the neighboring states would have a “disastrous effect on the economy.”

Before the pandemic, there were 283,000 daily riders on the PATH train between New Jersey and New York — mostly residents commuting to their jobs in the other state. Thousands of others travel among the states via bridges and tunnels.

Violators of the travel advisory face up to $2,000 in fines if they refuse to comply with the 14-day isolation order following touchdown in New York. However, a Post analysis showed only one Florida man has ever been busted for violating the order.

Mark Anthony Perez, 51 of Miramar, Fla., faces $1,500 in fines, according to an arrest report from the New York City Sheriff’s Department after deputies showed up at his Midtown hotel on Sept. 18 and he was nowhere to be found.

nypost.com - 1 week ago
A legal foundation with close ties to President Trump offered a lengthy comment condemning possible plans by the US Department of Education to incentivize schools to teach critical race theory — calling it “odious” and “thoroughly discredited.” The
Read More

Kentucky Derby field shaping up to be top-heavy

nypost.com - 3 weeks ago
The rate of attrition from the Kentucky Derby is reaching a hard-to-imagine level. Rather than the usual springtime stories of horses coming up unfit, it is more about their human connections coming up uncertain. Trainers have said their 3-year-olds might
Read More