Protester have erupted for a second day in Bangladesh’s capital, amid a wave of violence against local Hindus following a viral social media image perceived as insulting to the country’s Muslim majority
Author:
Published: 2021-10-16 10:41 am 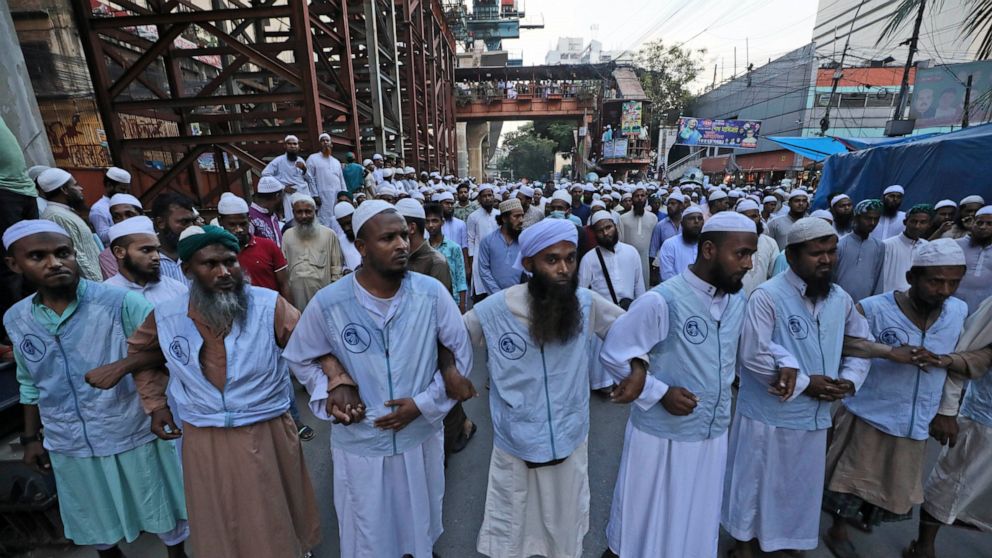 DHAKA, Bangladesh -- Protests erupted for a second day in Bangladesh's capital on Saturday, amid a wave of violence against local Hindus following a viral social media image perceived as insulting to the country's Muslim majority.

Some 10,000 protesters — many of them carrying banners of Islamist political parties — took to the streets outside the main mosque of the capital, Dhaka, a day after demonstrations on the same site ended in clashes with police.

The crowd chanted “Down with the enemies of the Islam” and “Hang the culprits”.

Photos showing a copy of the Quran —Islam’s holy book—at the feet of a statue in a Hindu temple in the eastern district of Cumilla triggered the protests, as well as incidents of vandalism at Hindu temples across Bangladesh.

“We ask the government to arrest those who defamed the Quran by putting it at the feet of an idol in Cumilla,” Mosaddek Billah Al Madani, president of Bangladesh's Islami Movement. He added that protesters demanded “the death sentence” for those responsible for the images.

Separately, in a nearby intersection about 1,000 Hindus protested the attacks on temples and the killing of two Hindu devotees in another district where several temples were vandalized by Muslim mobs.

The rise in communal tensions came as the minority Hindus celebrated their largest religious festival, the Durga Puja. About 9% of Bangladesh’s 160 million are Hindu.

abcnews.go.com - 8 months ago
About 80 years after the bombing of Pearl Harbor, a veteran who died during the attacks has had his remains identified
Read More

abcnews.go.com - 2 months ago
A group of French senators visiting Taiwan as part of a regular parliamentary exchange met with President Tsai Ing-wen during a trip that comes in a particularly tense moment between Taiwan and China
Read More

abcnews.go.com - 4 weeks ago
Libya’s ruling presidential council says it has suspended the county’s chief diplomat, accusing her of not coordinating foreign policy with the council
Read More
More News & Articles