Enrollment at Catholic elementary schools in Brooklyn and Queens grew for the first time in a decade as the city scraps gifted and talented programs.
Author: Conor Skelding
Published: 2021-10-16 10:35 am 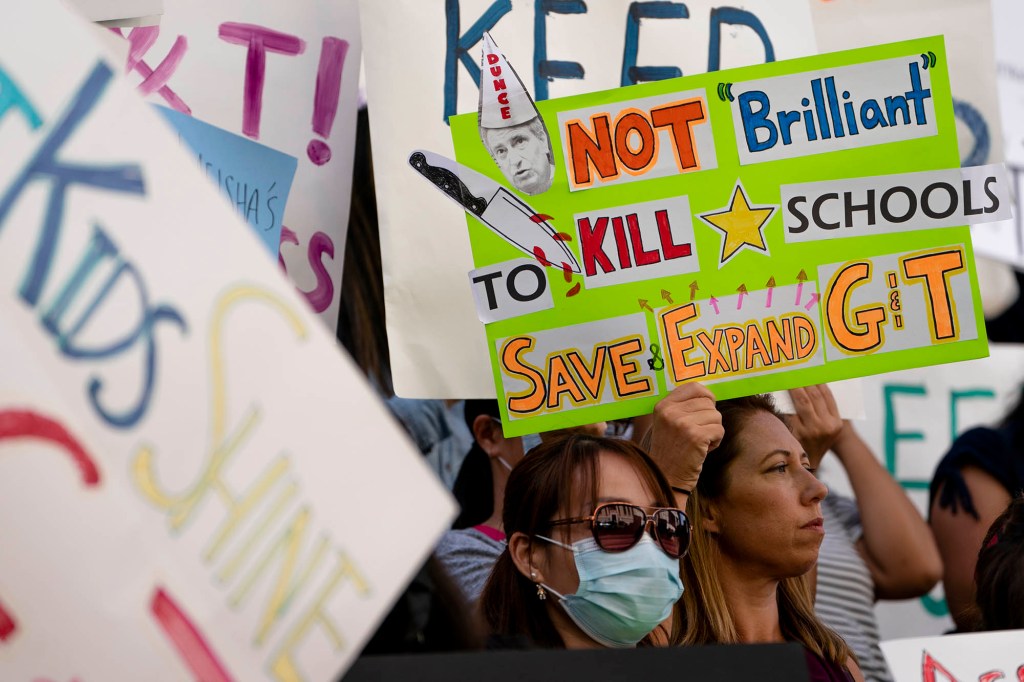 Enrollment at Catholic elementary schools in Brooklyn and Queens grew for the first time in a decade as the city scraps gifted and talented programs.

Enrollment for the current school year increased by 2.4 percent, after a decade of decline, according to the Diocese of Brooklyn.

New York’s parochial schools fully reopened more or less a full year ahead of schools run by the city Department of Education, which have seen a steep enrollment and attendance drop. More recent interest in Catholic schools has been spawned by Mayor de Blasio’s announced plan to kill the Gifted & Talented classes, as parents seek alternatives to remote learning and look for more challenging classrooms.

“The families that came to us last year stayed with us,” Dr. Thomas Chadzutko, superintendent of the Diocese of Brooklyn’s schools, told The Post in an interview. “This is a positive time for Catholic education within the diocese […] It is an alternative for families.”

Most notably, the diocese reported a 20 percent increase in pre-kindergarten enrollment. Chadzutko said he’s aiming to retain 50-70 percent of those new pre-K kids, which would mean an even larger enrollment boost in diocesan elementary and high schools down the line.

Asked about Gifted & Talented, Chadzutko said: “We’re not going to go out there and bash. But we do have these options,” referring to accelerated classes, after-school enrichment, and similar programs.

The larger Archdiocese of New York — which encompasses Manhattan, the Bronx, Staten Island, Westchester, and some of the Hudson Valley — also reported a spike in interest. However, the exact growth rate wasn’t available, as the archdiocese is in the final stages of its annual student “census.”

“For both the current school year, and the 2020-2021 school year, we have seen increased interest in Catholic schools from parents who are seeking an alternative to their local public and charter schools,” spokesman TJ McCormack told The Post in a statement. “Nearly 2,500 of these students have enrolled in our schools over the last two years.”

McCormack also had a message for families mourning the end of G&T.

“Those New York City families impacted by the demise of the public schools’ Gifted and Talented program should know that all of our schools provide an already-challenging and rigorous curriculum that has led our schools to consistently high standardized test scores year after year.”

nypost.com - 1 year ago
Congratulations, you won! How do I know this? Well, because everybody won. Last Sunday’s real upset was the fact that there was no upset. If you follow the NFL closely, you know that statement alone is as shocking as a 14-point underdog winning outright.
Read More

nypost.com - 9 months ago
MANAGUA, Nicaragua — Nicaragua has created a new National Ministry for Extraterrestrial Space Affairs, The Moon and Other Celestial Bodies, which is drawing amused reactions on social media in a nation that has been struggling since anti-government
Read More

nypost.com - 4 weeks ago
Over 3,500 residents have signed a petition to save the beloved Ohr Natan Synagogue — housed in an Art Deco-style building with an iconic clock tower — and the Trylon Theater & Tower Diner.
Read More