Aaron Rodgers explains his ‘I still own you!’ Bears fan taunt

As he put the finishing touches on his latest win over the Bears on Sunday, the Packers quarterback trolled their fan base after running in a 6-yard touchdown.
Author: Greg Joyce
Published: 2021-10-17 05:34 pm 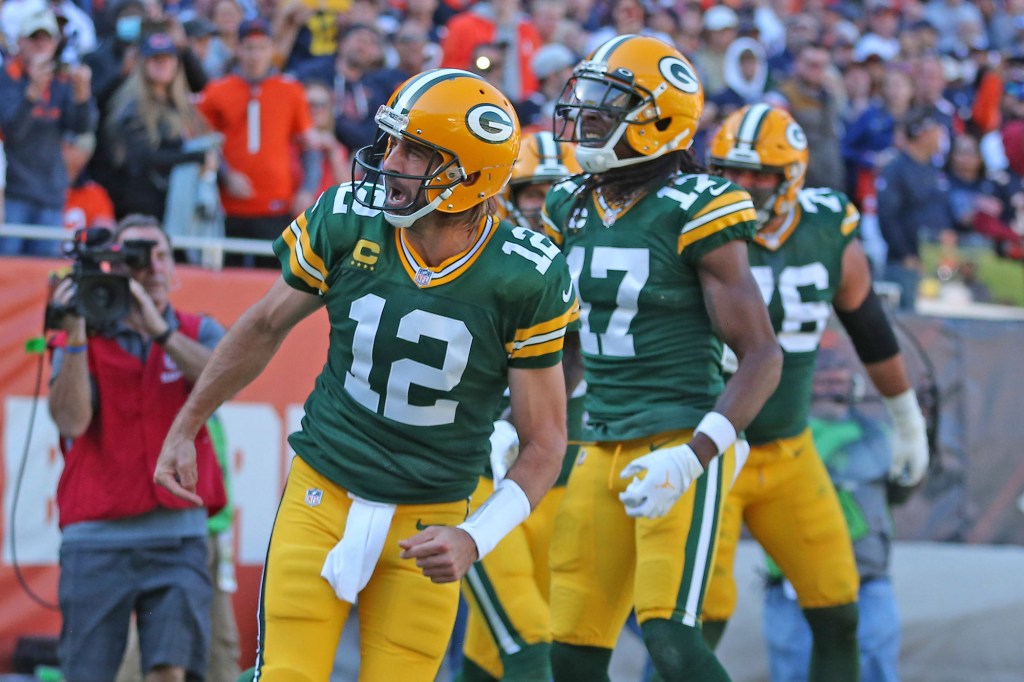 Virginia Halas McCaskey is the principal owner of the Chicago Bears, but Aaron Rodgers begs to differ.

As he put the finishing touches on his latest win over the Bears on Sunday, the Packers quarterback trolled their fan base after running in a 6-yard touchdown.

“I still own you!” Rodgers yelled towards the stands at Soldier Field, as heard on the Fox broadcast.

While improving to 21-5 all-time against the Bears — the most wins he has against any single opponent — with a 24-14 victory, Rodgers went 17-for-23 passing for 195 yards, two touchdowns and the rushing score.

“Sometimes you black out on the field — in a good way,” Rodgers told reporters after the game. “I’ve definitely blacked out from a concussion, which isn’t a good way. But I looked up in the stands and in the front row all I saw was a woman giving me the double bird, so I’m not sure exactly what came out of my mouth next.”

The 37-year-old Rodgers has not lost to the Bears since 2018, posting five straight wins against them since. He is also now 10-3 in his career at Soldier Field.

The Packers improved to 5-1, two games ahead of the Bears (3-3) in the NFC North standings.

nypost.com - 11 months ago
The New York court system illegally laid off 46 of its oldest judges — an action taken to slash costs during the COVID-19-pandemic-fueled fiscal crisis, a state jurist ruled Wednesday. The 46 judges are all over the retirement age of 70. Judges who hit th
Read More

nypost.com - 1 month ago
The simple answer: The FDA last month OK’d extra doses of Pfizer’s original recipe after studies showed it still works well enough against delta -- and those doses could be rolled out right away.
Read More

nypost.com - 7 months ago
Commenters quickly called out John for his support of Farrakhan, pointing to his checkered past.
Read More