AFC West preview and predictions: Chiefs show no signs of slowing down soon 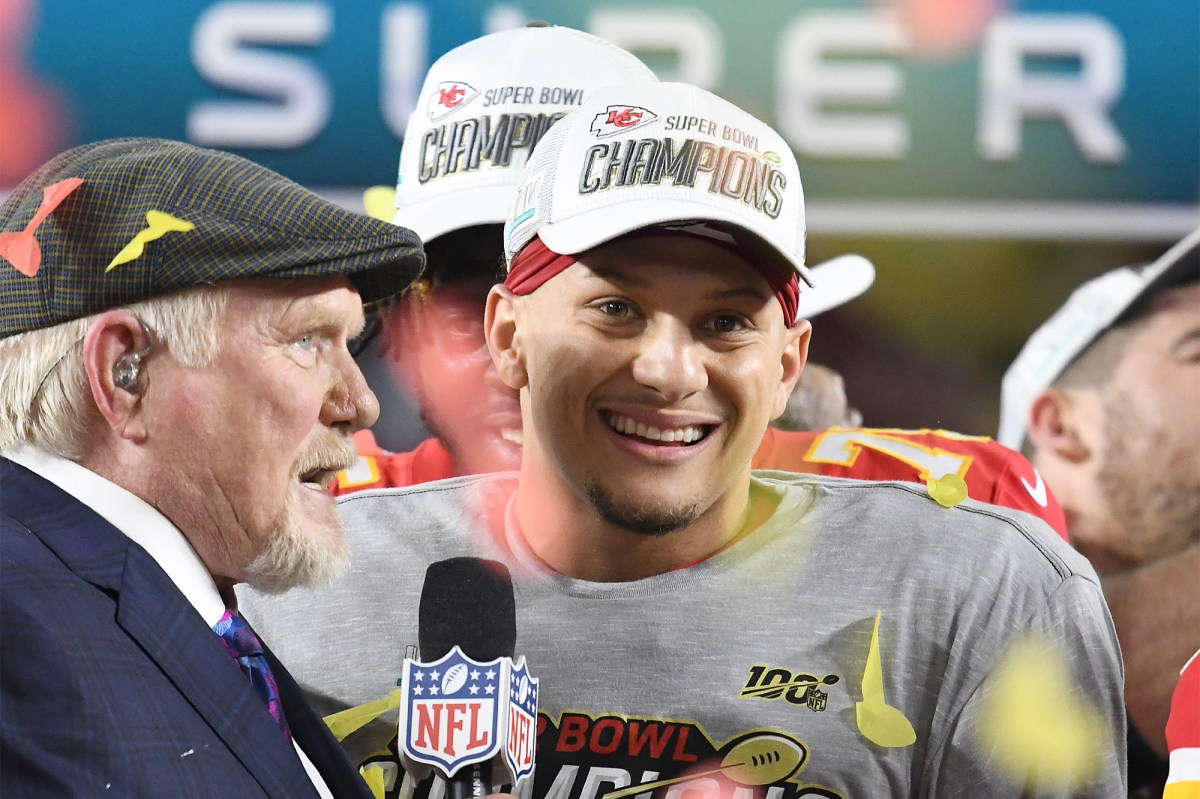 Ryan Dunleavy previews the AFC West as The Post gives division-by-division breakdowns ahead of the 2020 NFL season.

First-and-goal: The Chiefs followed their Super Bowl win by winning the offseason, extending the contracts of Patrick Mahomes, Chris Jones and Travis Kelce despite only $177 (yes, that’s right) in cap space at one point. The Chiefs return 18 of 22 starters — a number that would’ve been higher if not for Duvernay-Tardif and Williams opting out due to COVID-19. Edwards-Helaire was the first running back drafted and is poised for a huge rookie season in this track-speed offense, led by Tyreek Hill. Sammy Watkins tested the open market, but re-signed — a sign this band doesn’t want to break up before repeating.

Fourth-and-long: What’s not to like? Well, the depth took a hit as Fuller, Ogbah and Cameron Erving all took opportunities to start elsewhere rather than remain in a rotation. Talk about nitpicking. Maybe the Chiefs get complacent after ending a 50-year Super Bowl drought and getting their beloved coach his overdue first ring? The 2003-04 Patriots were the last repeat winners.

Dunleavy’s Decision: 13-3. The makings of a dynasty are in place. What jaw-dropping thing will Mahomes do next?

Dunleavy’s Decision: 8-8. For the first time since Peyton Manning retired, the Broncos have a reason to believe at quarterback.

First-and-goal: Pat Shurmur got an unexpectedly short two-year stint as Giants head coach, but there are not many better situations he could’ve wound up in than as offensive coordinator for the Broncos. A motivated Gordon, 27, counts as old in this electric group of young playmakers, with fellow 1,000-yard rusher Philip Lindsay, receivers Courtland Sutton, DaeSean Hamilton, Jeudy and K.J. Hamler and tight end Noah Fant. Much depends on the development of QB Drew Lock, who went 4-1 as a rookie starter after he unexpectedly slipped into the middle of the second round. A front-seven including Bradley Chubb, Casey and Shelby Harris is intimidating.

Fourth-and-long: While the interior offensive line looks steady with Glasgow subbing in for McGovern, these four words have ruined many young quarterbacks: Tackle is a major concern. First-rounder Garrett Bowles has underachieved in his three seasons and there is no suitable replace for James on the other side. This was going to be a big year for Von Miller to prove he hasn’t lost a step after his eight sacks in 2019 were his lowest total since 2013. Then he suffered a season-ending injury on the final play of practice a few days before the opener. Ask the Texans and J.J. Watt how hard it is to survive an injury like that even with depth.

Dunleavy’s Decision: 9-7. For the first time since Peyton Manning retired, the Broncos have a reason to believe at quarterback.

First-and-goal: The Raiders began last season with uncertainty at running back, tight end and slot receiver. They begin this season with a weapon at each position in Josh Jacobs, Daren Waller and Hunter Renfrow, respectively. The young core got even dreamier with the addition of receivers Henry Ruggs and Bryan Edwards. All are playing behind maybe the NFL’s best offensive line. So, maybe Gruden can finally just outscore his opponent every week. Or he could rely on the influx of veteran free-agent talent to greatly boost the defensive front-seven, especially taking pressure off young cornerbacks Trayvon Mullen and Arnette.

Fourth-and-long: The COVID-19 pandemic has been dominating NFL headlines for so long that the move to Las Vegas has been overshadowed. The Antonio Brown disaster hung over the Raiders all training camp and then a temporarily overachieving team showed its true colors with a 1-5 finish. Brown is long gone and enigmatic quarterback Derek Carr has one more chance not to follow him out the door. Mariota reportedly struggled in camp, but he wasn’t signed to a two-year, $17 million contract to sit through Carr’s struggles. He will get a chance because Gruden and general manager Mike Mayock both loved him in previous careers as draft analysts.

Dunleavy’s Decision: 7-9. Gruden’s 10-year contract will keep him off the hot seat as the team develops.

First-and-goal: It’s not easy for an offense with Austin Ekeler, Keenan Allen and Hunter Henry to be overshadowed. But what’s not to like about one of the best defenses in the NFL? Joey Bosa and Melvin Ingram running free off the edge is scary, and now they have Joseph in the middle to eat up blocks. Two-thirds of what would have been a trio of All-Pros in the secondary — Desmond King and Chris Harris Jr. — is intact after Derwin James’ season-ending knee injury. Cornerback Casey Hayward is underrated, too. The Chargers were 2-9 in one-score games last season and analytics say that math is bound to even out.

Fourth-and-long: So, the Chargers went from runners-up in the Tom Brady sweepstakes to … starting Tyrod Taylor. Something is missing, like making a run at free agent Cam Newton or a trade for Nick Foles. Taylor is 23-21-1 as a starter, but shouldn’t be under too much pressure early because the smart move is to let Herbert develop from the bench. Still, be careful what you wish for by parting ways with Rivers after 15 non-Super Bowl-winning seasons. Lynn might be a star of “Hard Knocks,” but he is among the coaches with the hottest seat.

Dunleavy’s Decision: 6-10. It feels like the Chargers have been wasting rosters with elite talent for two decades.

Check out the other NFL division breakdowns from The Post for the 2020 season:

nypost.com - 3 months ago
Members of Northwestern University’s cheerleading team were forced to associate with drunk and belligerent fans without security, according to a lawsuit filed by a female former cheerleader against the university on Friday. The 58-page complaint filed by
Read More

nypost.com - 5 months ago
Wealthy New Yorkers are shelling out big bucks to professional line waiters so they won’t have to sit in hours-long COVID-19 testing queues ahead of Thanksgiving. Cash-strapped locals who offer their line-sitting services on freelance marketplace
Read More

nypost.com - 3 months ago
BERLIN — German Chancellor Angela Merkel said Tuesday that she has agreed with state governors to extend the country’s current lockdown by three weeks until Jan. 31. Merkel said they also are tightening curbs on social contacts, in line with measures
Read More

nypost.com - 2 months ago
Meteorologists saw this week’s killer freeze coming. Nearly two weeks before the thermometer dropped across the country, weather experts starting warning officials through official channels and the public through social media that the brutal blast was on
Read More
More News & Articles