The five victims of last week's attack in Norway were all stabbed to death, rather than killed by bow-and-arrow as previously thought, police said Monday.
Author:
Published: 2021-10-19 06:37 am 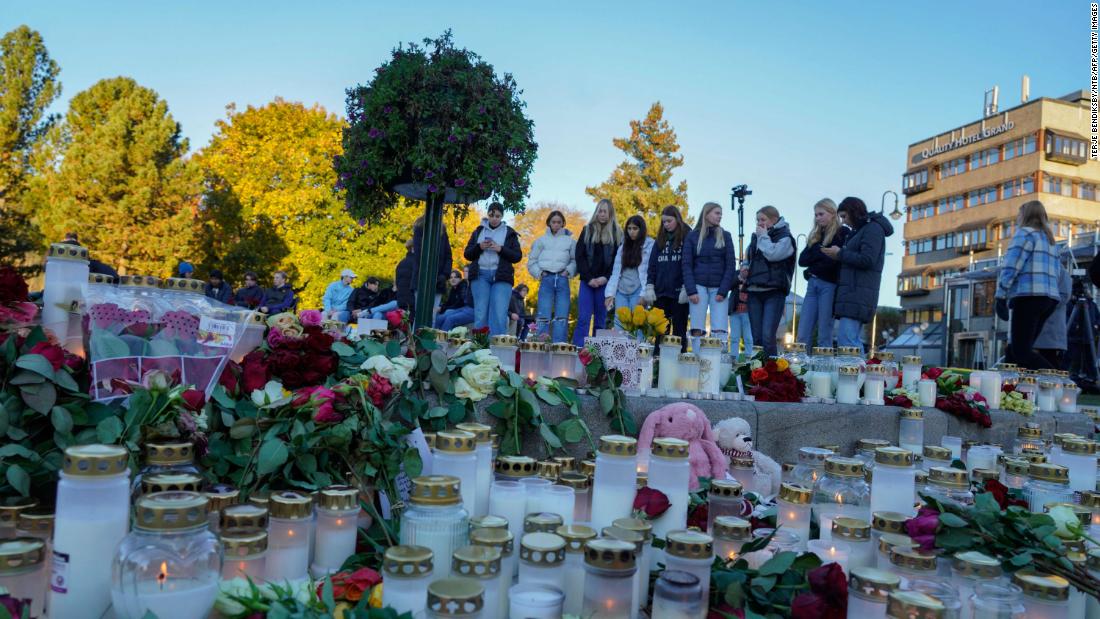 (CNN)The five victims of last week's attack in Norway were all stabbed to death, rather than killed by bow-and-arrow as previously thought, police said Monday.

Four women and one mam, between the ages of 50 and 70, died in the attack in the small town of Kongsberg last Wednesday.

According to the initial timeline, police received reports of a man shooting arrows at people in a nearby supermarket shortly after 6:00 p.m. Less than an hour later, Espen Andersen Bråthen, a 37-year-old Danish citizen, was arrested over the attack.

On Monday, police released an updated statement detailing the chain of events in the roughly 35-minute rampage.

"As now known, an off-duty police officer was injured by an arrow inside the supermarket. It is now also known that the person charged [with the crime] exited into Myntgata and walked down Peckels gate, where [he] fired several arrows, also against other persons. The bow and arrows were found in Peckels gate," the statement said.

Bråthen is being held in a high-security psychiatric ward rather than a prison amid concern over his mental health.

Police confirmed again on Monday that mental illness appears to be the most likely cause of the suspect's motives. Bråthen had converted to Islam and officers had previously been in contact with him, including over concerns related to radicalization.

The newly inaugurated Norwegian Prime Minister, Jonas Gahr Støre, drew a parallel between Wednesday's attack and the gun and bomb attacks carried out in Norway in 2011 by far-right extremist Anders Behring Breivik, adding that two ministers in his new government were survivors of those attacks.

"It was an act of terrorism, and this act that happened yesterday naturally reminds us of those who have experienced such terrible things and we will stand by them," he told a press conference in Oslo shortly after the incident.

CNN's Sebastian Shukla and Laura Smith-Spark contributed to this report

www.cnn.com - 11 months ago
Amazon Web Services filed its response to Parler's lawsuit on Tuesday, blaming the social media platform favored by the far-right for filing a "meritless claim" against the cloud computing giant and citing a liability shield often maligned by President
Read More

www.cnn.com - 2 weeks ago
The Women's Tennis Association (WTA) on Sunday called on the Chinese government to investigate allegations of sexual assault made by Peng Shuai against a former state leader, insisting the former top-ranked doubles player should be "heard, not censored."
Read More

www.cnn.com - 2 months ago
Once, only the super rich could glimpse the luxury of the Royal Suite at Dubai's Burj Al Arab. Now the hotel is offering butler-led guided tours.
Read More

www.cnn.com - 3 months ago
Olivia Troye, a former adviser to Vice President Mike Pence, speaks to CNN for the first time since her viral Twitter thread in which she says that some senior members of the Trump administration were blocking efforts to help refugees in Afghanistan.
Read More
More News & Articles