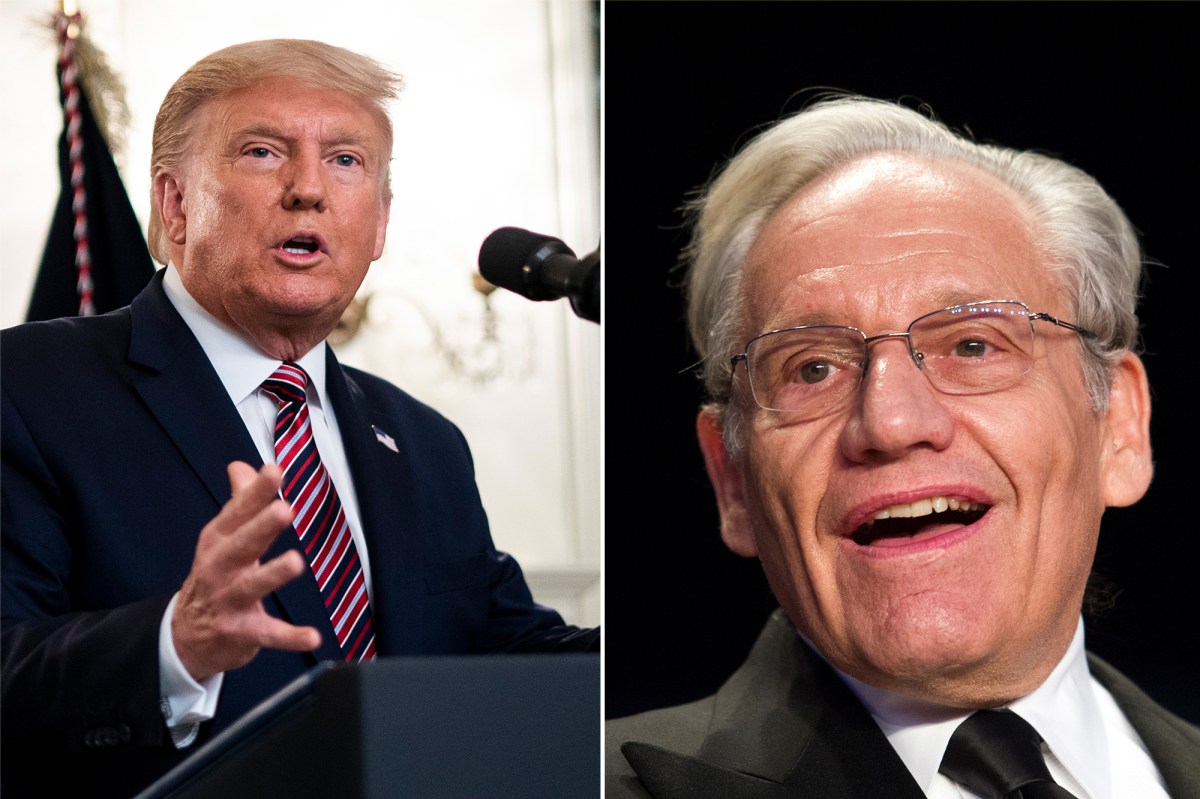 Trump made the remarks in an interview with Fox News’ Sean Hannity while discussing the much-talked-about contents of Woodward’s upcoming book, “Rage,” detailing the president’s response to the COVID-19 pandemic.

“He called. I didn’t participate in his last one and he does hit jobs on everybody. He even did it on Obama,” Trump said.

“But constant hit jobs. On Bush, I guess they did three books. They were all terrible,” the president added.

The president on Wednesday night said he’s unsure if Woodward’s upcoming tome “is good or bad,” but predicted he “almost definitely won’t read, because I don’t have time to read it.”

“But I gave it a little bit of a shot,” Trump said, of cooperating with Woodward this time around.

“Rage,” sparked headlines Wednesday after excerpts of on-the-record interviews with Trump were released showing the president downplaying the coronavirus.

“To be honest with you, I wanted to always play it down, I still like playing it down, because I don’t want to create panic,” the president said in one recorded conversation with Woodward in March.

The president at a Wednesday White House briefing defended his decision to downplay the severity of the coronavirus, saying that the ensuing panic would have only exacerbated the oncoming pandemic.

nypost.com - 5 months ago
Here are our suggestions to help you decide which super soft undies and bralettes to add to your cart.
Read More

nypost.com - 3 weeks ago
The former "Tonight Show" host was previously canceled for his past racist remarks about Asian-Americans.
Read More

nypost.com - 6 months ago
A Long Island cop is in critical condition after a Mercedes driver stabbed him during a traffic stop Saturday night, officials said. Suffolk County Police Officer Christopher Racioppo was in a marked cruiser when he saw Jonathan Nunez, 25, allegedly
Read More