A selection of 11 Pablo Picasso works have been auctioned for a collective total of more than $110 million, after being on display for years in a Las Vegas restaurant.
Author:
Published: 2021-10-24 06:30 am 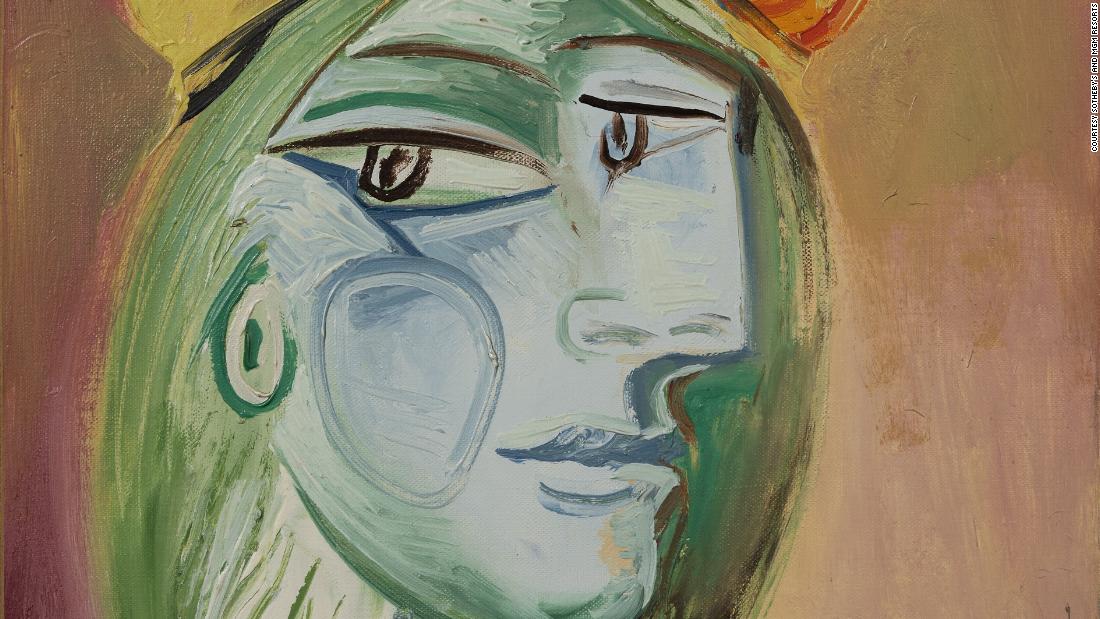 A selection of 11 Pablo Picasso works have been auctioned for a collective total of more than $110 million, after being on display for years in a Las Vegas restaurant.
Part of the MGM Resorts Collection, the pieces were a hallmark of the Bellagio Hotel's Michelin-starred French and Spanish eatery "Picasso," which is inspired by the artist's life and work.

Coinciding with the artist's 140th birthday, MGM said the auction was the "largest and most significant" fine art sale ever to take place in Las Vegas. Organized by Sotheby's, it was the auction house's first evening marquee sale to take place outside New York.

The star attraction of Saturday's auction was "Femme au béret rouge-orange," or "Woman in a reddish-orange hat," a 1938 portrait of Picasso's lover and muse Marie-Thérèse Walter.

The Spanish artist's affair with Walter lasted from the late 1920s to the 1930s, and she gave birth to their daughter Maya in 1935. Picasso's portraits of Walter are characterized by vivid colors and a sense of intimacy.

Initially estimated to sell for between $20 and $30 million by Sotheby's, it was eventually auctioned off for more than $40 million.

Picasso, who lived from 1881 until 1973 and spent much of his adult life in France, is often dubbed the founding father of the Cubist style of painting -- and "Femme au béret rouge-orange" bears some similarities to his famous later portraits of his lover Dora Maar.

Meanwhile, "Homme et enfant," or "Man and child," which Sotheby's said reflected his later spontaneous style and his role as a father, sold for just over $24 million.

However, it was the less high-profile works that hugely exceeded their estimates, with the 1962 painted terracotta "Le Déjeuner sur l'herbe" -- inspired by Edouard Manet's 1863 painting of the same name -- selling for over four times its highest valuation.

Some works also revealed intimate details about Picasso's life and work -- with a ceramic tile showing the window of his workshop "La Californie," which overlooked the sea in the southern French city of Cannes.

In an August press release, MGM said the auction would help in "deepening diversity and inclusion" within its art collection. Some of the proceeds will be invested back into the art market, according to Sotheby's.

An MGM spokesperson said via Sotheby's that the group's collection still contains 12 other Picasso artworks that will replace the auctioned items at the Bellagio's "Picasso" restaurant.

www.cnn.com - 11 months ago
"Questions have been raised ..."
Read More

www.cnn.com - 4 years ago
Ximena Barreto, a far-right political pundit who was appointed in December to a communications post at the Department of Health and Human Services, resigned on Friday, an HHS official confirmed to CNN.
Read More

www.cnn.com - 11 months ago
The progress made in the effort to get more coronavirus vaccine injections into arms has been derailed by severe weather across the country. CNN's Alexandra Field reports that vaccine supplies are running dry from New York all the way to Idaho.
Read More

Florida is 101% back to normal. See where your state stands in the economic recovery