Self Esteem, a Pop Singer Who Wants Britain to ‘Prioritise Pleasure’

Rebecca Lucy Taylor is touching a nerve with brutally honest songs about not having it all figured out.
Author: Alex Marshall
Published: 2021-10-26 12:32 pm 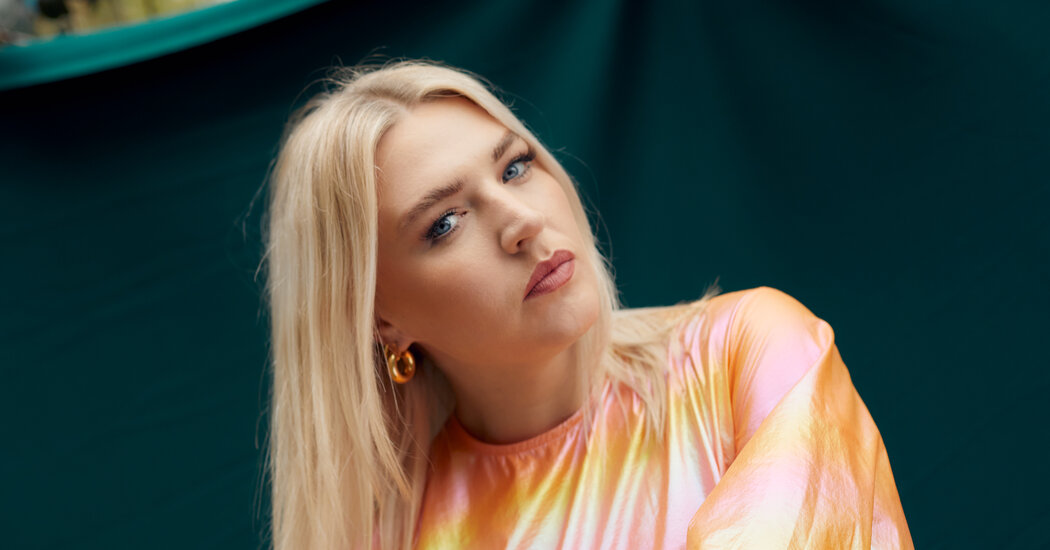 LONDON — Rebecca Lucy Taylor — better known as Self Esteem — was onstage at a club here last Friday, performing “I’m Fine,” a pop song with a pounding beat about a sexual assault. The track includes a recording of a woman describing how she barks like a dog when approached by groups of men on the street: “There is nothing that terrifies a man more than a woman that appears completely deranged.” As strings soared, Taylor and her band started barking and howling along. Several women in the audience joined in.

It was a moment that captured both the irreverence and sincerity of Self Esteem, a budding British pop star, whose second album, “Prioritise Pleasure,” is building her a fan base who say they feel seen by her music.

For more than 15 years, Taylor, 35, has been working away in Britain’s music scene, first in the indie band Slow Club, which she said she left after years of finding her ideas stifled, then as Self Esteem, a name that “just accidentally become the exact thing I needed,” she said in an interview at an east London bar a week before the concert.

“I have felt very alone most of my life, like ‘What is wrong with me?’” Taylor said, pointing to expectations for women to settle down and have children. Her recent success “makes me feel this overwhelming relief that I’m not a total weirdo.”

If Taylor has a manifesto behind “Prioritise Pleasure,” it’s encouraging people to put themselves first without denying that they can also make mistakes. The “pleasure” mentioned in the album’s title can take many forms, she said, including what she was looking forward to doing that evening: going home, ordering take out and watching “Succession.”

Jude Rogers, a music journalist who has written about “Prioritse Pleasure,” said Self Esteem’s music feels right for the moment. “We needed a woman to appear who was going to say, ‘Enough,’” Rogers said. Self Esteem is “expressing all the messiness, all the frustration and all the anger of being a woman,” in ambitious pop music,” she added.

Taylor said she’s been concerned about her safety since she was a teenager, “which I guess is like the zeitgeist now.” She started writing the album in 2019, and decided to process a sexual assault she had survived through her music. “As someone who lives very free, I like to be sexual, I like to do what I want,” she said. “But suddenly it was taken from me and I had a decision to never enjoy myself in that way again, to never be the person I like to be, or turn it all into defiant euphoria.”

The end of a toxic relationship also informed the album, but the record has a strong thread of empowerment, which Taylor said was a result of more positive experiences. “I finally hit this beautiful cross section of I’m older, the therapy’s kicked in a bit, and I care less,” she said. While making the record, she stopped worrying about other people’s expectations of her and her career.

All those changes led Taylor to write songs like “I Do This All The Time,” a largely spoken word track in which she lists her struggles, including everyday anxieties (“Old habits die for a couple of weeks, and then I start doing them again”) and sexist comments from old tour managers (“All you need to do, darling, is fit into that little dress of yours”).

Johan Karlberg, a member of the group the Very Best who produced “Prioritise Pleasure,” believes Self Esteem’s success is less about the current cultural climate in Britain and more a response to Taylor’s great songs and her “brute honesty.”

“People like to say they’re being honest in their songs and interviews, but really they very rarely are,” he said. “Rebecca is in everything, and people relate to that.”

At her London concert last week, the relating was nearly deafening, as fans shouted along with their favorite lines (“Sexting you at the mental health club seems counterproductive” was particularly loud).

One fan, Cat Carrigan, 30, said she’s drawn to a danceable Self Esteem track called “Moody” that’s both a tale of a relationship collapsing and an attempt to reclaim a common insult used against woman. “I’ve been called a moody cow many times in my life,” Carrigan said. “It’s not going to affect me anymore.”

But Rubie Street, 29, said there something else that’s made her a fan. The songs “are banging tunes, aren’t they?” she said. “That always helps.”

How the Cast Members of ‘Dear Evan Hansen’ Found Their Voices

www.nytimes.com - 11 months ago
Some stars of the movie musical, like Ben Platt and Amy Adams, were ready and eager to sing. Others, like Julianne Moore, got there eventually.
Read More

www.nytimes.com - 2 months ago
While lifting some levies on China is unlikely to put a large dent in inflation, administration officials concede they have few other options to address surging prices.
Read More

What to Know About the Weapons Being Sent to Ukraine

www.nytimes.com - 4 months ago
The Biden administration is sending dozens of howitzers and 120 drones in the latest $800 million package of military aid.
Read More

www.nytimes.com - 11 months ago
​The activities at the sprawling nuclear complex in Yongbyon suggest that the country is once again ramping up its nuclear weapons program.
Read More
More News & Articles