Carlos Dunlap is taking his trade hopes to Zillow. The two-time Pro Bowl defensive end announced his house was for sale in since-deleted tweet after he feuded with Bengals defensive lines coach Nick Eason near the end of the team’s heartbreaking 37-34 los
Author: Justin Terranova
Published: 2020-10-26 09:09 am 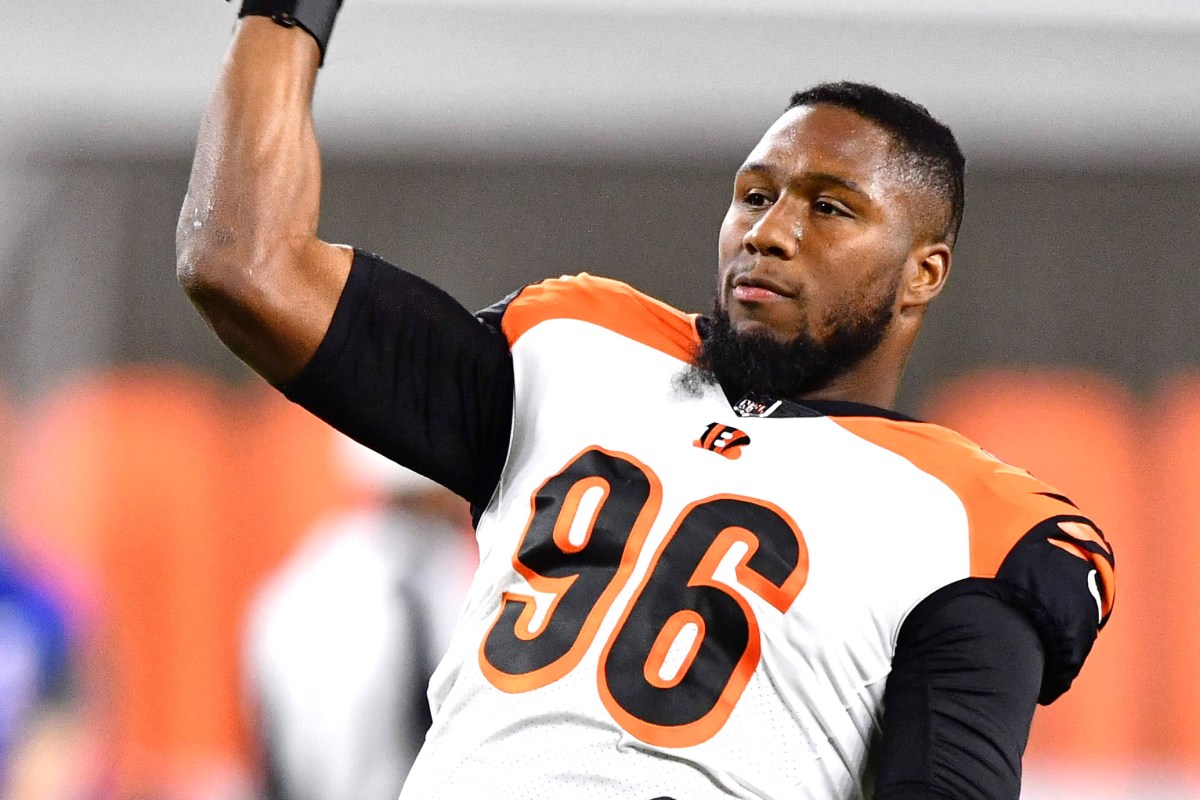 Carlos Dunlap is taking his trade hopes to Zillow.

The two-time Pro Bowl defensive end announced his house was for sale in since-deleted tweet after he feuded with Bengals defensive lines coach Nick Eason near the end of the team’s heartbreaking 37-34 loss to the Browns.

“6000 sqft city view with huge balcony. 4 bedroom. 4.5 bathroom. In one of the best school districts for sale. Do your market analysis and make me offer. Serious inquiries only with proof of funds! Owner is willing to sell furnished or unfurnished!” Dunlap, 31, wrote.

Dunlap, who was moved to a reserve role this season, previously posted a photo to Instagram of the Bengals’ depth chart with the caption, “I don’t got time for this.” NFL Network reported Sunday morning that the Bengals, who are now 1-5-1, have had serious trade talks involving Dunlap. The NFL trade deadline is Nov. 3.

Baker Mayfield led the Browns to the game-winning touchdown, throwing an 24-yard strike to Donovan Peoples-Jones with 11 seconds left.

nypost.com - 6 months ago
A variety of post-Election Day protests and celebrations broke out across the country Thursday — ranging from “stop the steal” demonstrations in Las Vegas to costumed dance parties in Philadelphia. Hundreds of Americans took to the streets in swing states
Read More

nypost.com - 2 months ago
The NYPD has blown past its overtime budget with more than two months left in the fiscal calendar, Mayor Bill de Blasio said Wednesday. The department had already spent $253 million of its $254 million allotment for extra duty work as of January, accordin
Read More

Artemi Panarin is paying the price — fishy allegations be damned

nypost.com - 3 months ago
The intent of the assault allegations levied against Artemi Panarin without a shred of supporting evidence or corroborating witnesses by his former KHL coach, Andrei Nazarov, in an interview with a Russian tabloid appears to have been to sully the
Read More

nypost.com - 5 months ago
The Rev. Al Sharpton could be spreading more than the gospel from his new $2 million digs at the luxury Bristol Plaza on the Upper East Side. The 66-year-old activist and MSNBC host has been forgoing a mask in the building’s common areas including the
Read More
More News & Articles