This is hands down the worst part about Jets-Giants agony

It isn’t just that the teams stink. It’s more than that. Honestly, in the same way it’s hard to conjure a memory of a time when you walked into a grocery store without a mask, harder still to remember standing cheek-to-jowl inside a crowded stadium, it is
Author: Mike Vaccaro
Published: 2020-10-26 05:20 pm 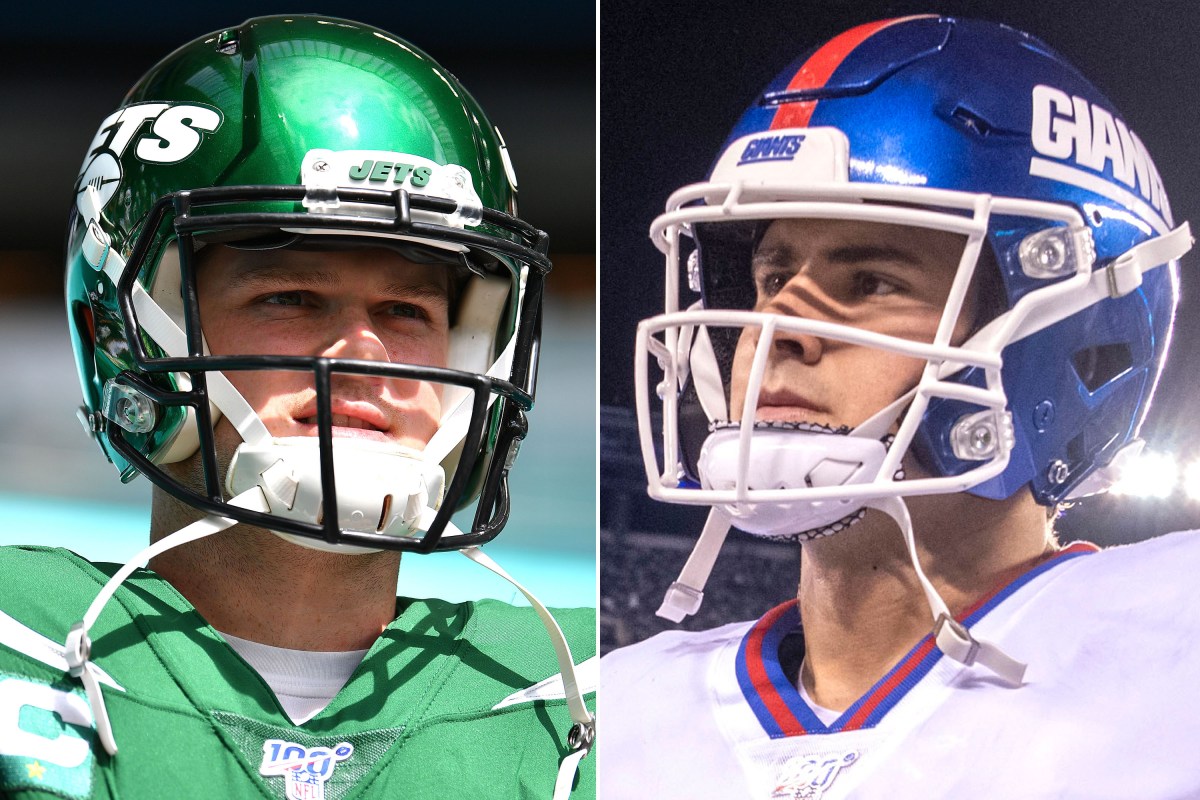 It isn’t just that the teams stink. It’s more than that. Honestly, in the same way it’s hard to conjure a memory of a time when you walked into a grocery store without a mask, harder still to remember standing cheek-to-jowl inside a crowded stadium, it is almost impossible to recall a time when pro football in this town wasn’t utterly deplorable.

Years ago, I had to often drive through a town with a paper mill dominating its downtown. The smell was so bad at first you thought you would pass out. But after a few weeks, the odor was less offensive. After a few months, it was all but gone. It was puzzling until one of the natives turned me on to something.

“Olfactory fatigue,” he explained. “After a while you just can’t notice it anymore.”

We in New York have Olfactory Football Fatigue.

And those are just the bad teams. You would still be angry at the Jets and the Giants every week if they lost as often as those teams do … but if you had Herbert, the gunslinging rookie, to look forward to every week, the way all 817 Chargers fans in LA do? How about if you just had the prospect of an irresistible and exciting unknown, as Dolphins fans have with Tua Tagovailoa waiting in the wings this week?

But we have none of those things. On one side of town, we have Sam Darnold, who seems to regress by the down these days, never mind the game (he’s 30th in the league in QBR, 32nd in rating). On the other, you have Daniel Jones, who every game gives you a little something to nibble on, and wonder what might lurk inside that No. 8 jersey … and then, inevitably, invariably buries that optimism by doing something awful, brutal, inexplicable (he’s 22nd/30th).

Here is the worst truth about the Giants/Jets Alliance of Awful, worse than the combined 1-13 record, worse than the endless fogs of helplessness and hopelessness that shroud them, worse than the low-approval ratings that both GMs have, worse than the understanding that the Jets employ Fired Man Coaching and the Giants have a 38-year-old who’s learning on the job every week:

Neither has a quarterback the preponderance of either fan base has a whole lot of faith in. Jets fans have already gone through all five Stages of Quarterback Grief with Darnold:

2. Anger (“He has incompetent coaches crushing him!”)

4. Depression (“Four yards in the second half? FOUR?”)

5. Acceptance (“Even if Trevor Lawrence bails on us, Justin Fields would sure look good in green!”)

And Giants fans aren’t far behind with Jones.

It’s a pitiless league, the NFL, especially when we talk about quarterbacks, especially at a time when even so many of the awful teams at least have QBs who can sling the rock all over the field (for crying out loud, even Matt Ryan is having a hell of a year for the horrific, 1-6 Falcons) and make the games worth sitting through.

And it’ll be especially grisly for the two locals in the coming days. Sunday, the Jets get the treat of walking into Arrowhead Stadium for one of the great mismatches ever, the planet’s worst football team facing its best. And Jets fans will get to ogle at Patrick Mahomes, the best of the best (and maybe torture themselves a little, remembering that Mahomes was sitting there in 2017 when they picked the dear, departed Jamal Adams at No. 6).

And on Monday the Giants welcome the Buccaneers to MetLife Stadium, where they will renew acquaintances with an old friend named Tom Brady, who thus far has 18 touchdowns and four interceptions for the 5-2 Bucs at age 43, who probably has a few old scores he wouldn’t mind settling against the imposters presently wearing blue uniforms.

But why limit it to them? Whenever Jets fans or Giants fans tune in to the RedZone channel they are besieged with star-studded QBs at every turn, the bold-faced names appearing on screen every time they cut to a new game (in which they are invariably, at that precise moment, throwing a glorious 65-yard scoring pass).

It’s a never-ending parade … until the parade reaches the Jersey state line. That’s when all the trombone players and jugglers and spirit squads take a wrong turn into a wall, like at the end of “Animal House,” and we are reminded for the umpteenth time:

And that’s no way to go through the autumn.

nypost.com - 5 months ago
Russia expects “nothing positive” will come from President-elect Joe Biden’s incoming administration, top government officials warned. The admissions came from two top Kremlin associates, each of whom spoke candidly on Wednesday about their thoughts on th
Read More

nypost.com - 3 months ago
Former WWE wrestler Gabbi Tuft came out as transgender this week, calling her personal saga a “thrilling story of gender transitioning.” Tuft — who wrestled professionally under the name Tyler Reks in the late 2000s and early 2010s — shared the news in a
Read More

Utah fishermen plead guilty to felonies for cheating during tournament

nypost.com - 8 months ago
The scales of justice reeled in a couple of Utah men who were angling to win a bass fishing competition – but ended up pleading gill-ty to felonies for cheating, according to reports. Robert Dennett, 45, and Kamron Wootton, 35, both of Washington City,
Read More

nypost.com - 4 months ago
The Jets announced Wednesday they have completed their interview with Chiefs offensive coordinator Eric Bieniemy for their head coach opening. Bieniemy is the first person known to have interviewed for the job. The Chiefs are the No. 1 seed in the AFC
Read More
More News & Articles