Mask-Wearing Is Up In The U.S., But Young People Are Still Too Lax, CDC Survey Finds 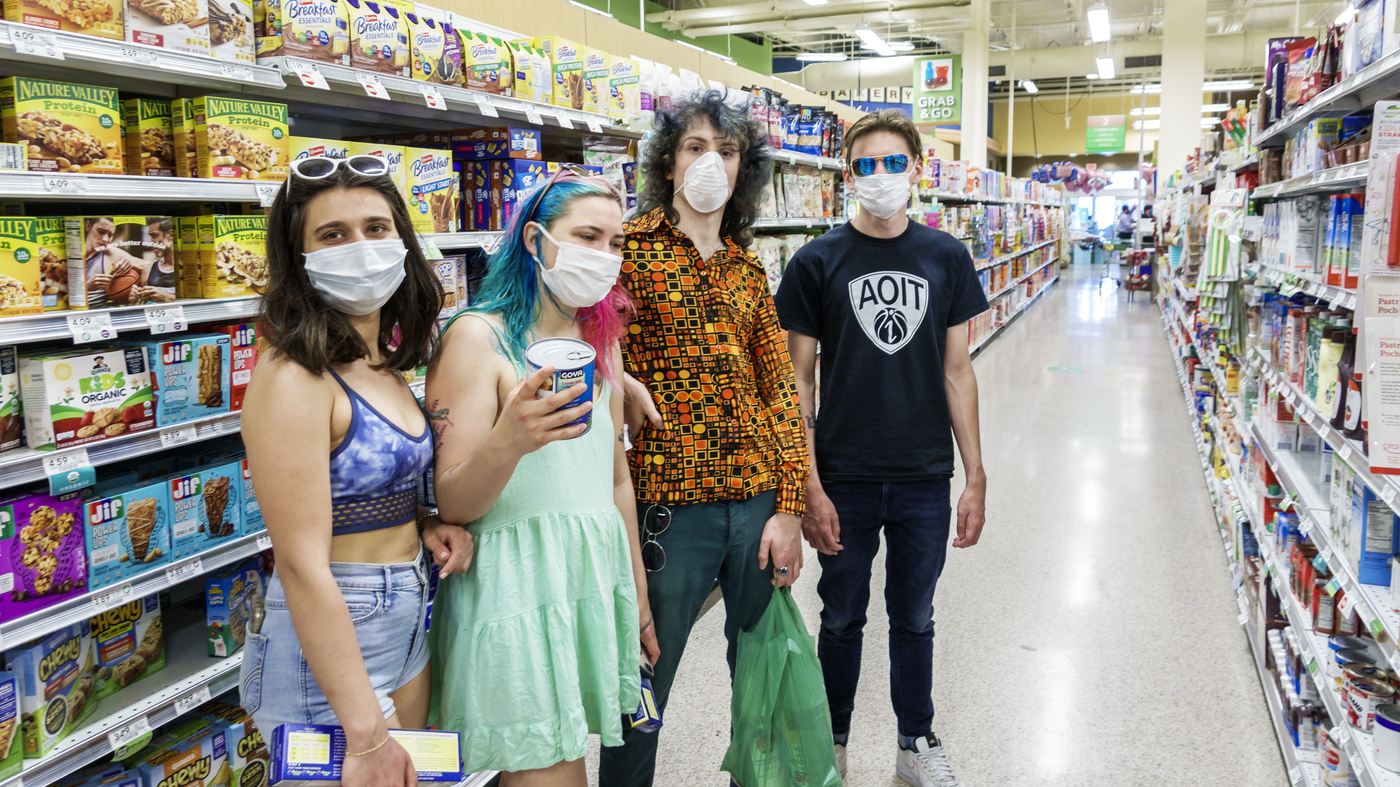 More Americans may be wearing masks than early last spring, but other recommended behaviors to stop the pandemic's spread haven't kept pace, according to a new federal survey. And young people are the least likely to take needed steps to stop the virus, the data suggest.

The proportion of U.S. adults reporting wearing face masks increased from 78% in April to 89% in June, according to the nationally representative survey released by Centers for Disease Control and Prevention Tuesday.

But the survey found either no change or a decline in other behaviors aimed at preventing the spread of the coronavirus, such as hand-washing, social distancing and avoiding public or crowded places.

"Interesting data," Dr. Carlos Del Rio, a professor of global health and epidemiology at the Rollins School of Public Health at Emory University, wrote in an email to NPR. Del Rio was not involved in conducting the survey, which appears in this week's issue of Morbidity and Mortality Weekly Report. "Results are encouraging," he says, "but I wish they were better — especially among younger people."

The survey, conducted by the CDC in April, May and June, questioned more than 2,000 U.S. adults ages 18 and older.

Young people were the least likely to engage in any of the recommended behaviors, which could help explain the increase in infections among this age group over that time period, the scientists say.

Although younger people are less likely to suffer the most serious complications of COVID-19, the infection can still be serious in some cases; and even those with mild cases or who are asymptomatic can spread the virus to older people, who are most vulnerable.

"These findings underscore the need to prioritize clear, targeted messaging and behavior modification interventions, especially for younger adults, to encourage uptake and support maintenance of recommended mitigation behaviors proven to slow the spread of COVID-19," the researchers write in the MMWR report.

Overall, most adults reported engaging in most or all of the six recommended behaviors: hand-washing, staying 6 feet away from other people, mask wearing and avoiding public or crowded places; they'd canceled or postponed social or recreational activities, they said, and avoided some or all restaurants.

But aside from the increase in mask-wearing, all other recommended behaviors decreased from April to June except for "avoiding some or all restaurants," which did not change significantly.

People ages 60 and older were most likely to comply with recommendations, while those ages 18 to 29 were least likely.

"There's more we must do to reduce infection, but that's an astounding increase — from 0% in less than eight months," Thomas Frieden, a former CDC director wrote of the increase in mask-wearing, in an email to NPR.

Respondents who said they wear masks were more likely to follow other recommendations. And among those who did not report mask use, all other recommended behavior declined significantly from April to June, the survey found.

"Older adults might be more concerned about COVID-19, based on their higher risk for severe illness compared with that of younger adults," the researchers say.

Young adults might also be less likely to engage in mitigation behaviors because of "social, developmental, and practical factors," they say.

For Many Areas, Count Of Homeless Population Is Canceled, Or Delayed

www.npr.org - 4 months ago
The annual street survey of homeless people is being delayed or put off completely in some parts of the U.S. during the pandemic, even as the country's unsheltered population appears to be growing. (Image credit: Yasin Ozturk/Anadolu Agency via Getty
Read More

www.npr.org - 2 months ago
Layla Alammar's new novel is about a journalist who's fled the Syrian civil war for a new life in London — but can only tell anonymous stories about her neighbors because trauma has left her silent. (Image credit: Algonquin Books)
Read More

Pilot Chuck Yeager Dies At 97, Had 'The Right Stuff' And Then Some

www.npr.org - 5 months ago
Chuck Yeager, fighter ace, test pilot, breaker of the sound barrier and coolest of the cool, was the man even astronauts looked up to. Yeager never sought the spotlight, and was always a bit gruff. (Image credit: AP)
Read More

www.npr.org - 4 months ago
Vaccinations against COVID-19 first went to health care workers, and now more doses of the vaccine are reaching those who live in nursing homes and assisted living facilities.
Read More
More News & Articles