Earlier this month, the committee threatened to seek a contempt referral​ for Meadows if he did not cooperate.
Author:
Published: 2021-11-30 12:41 pm 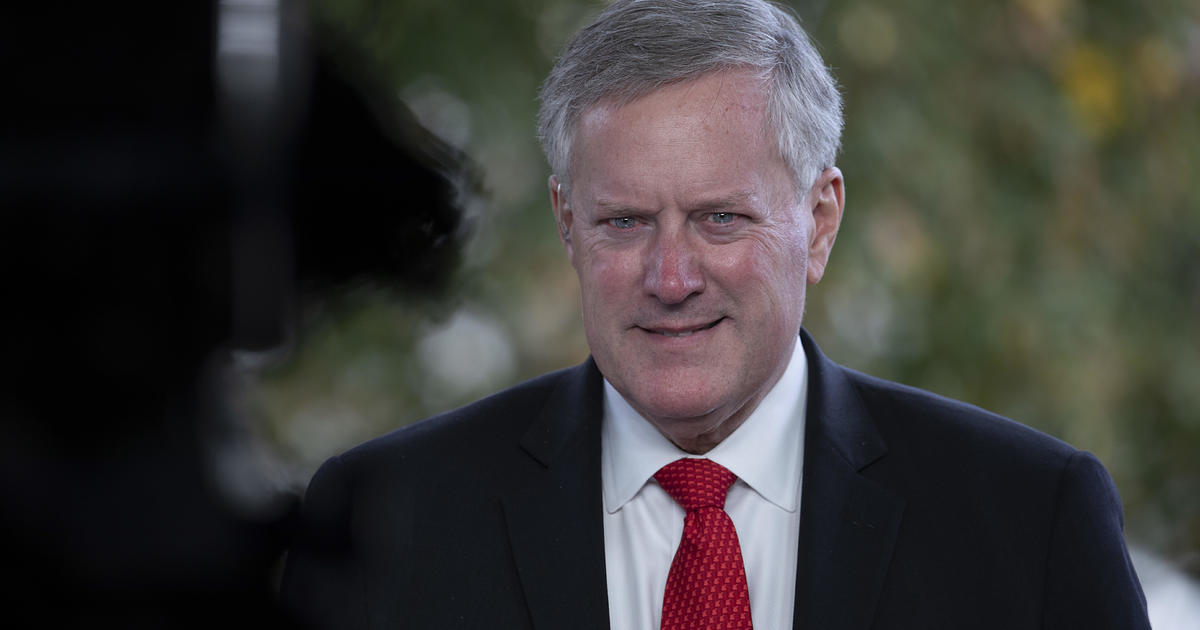 Congressman Bennie Thompson, the chair of the House select committee investigating the January 6 attack on the U.S. Capitol, said Tuesday that former President Donald Trump's chief of staff Mark Meadows is cooperating with the committee.

In a statement, Thompson said Meadows has been cooperating "through an attorney," and has "produced records to the committee and will soon appear for an initial deposition."

George Terwilliger, Meadows' attorney, said in a statement to CBS News that he and his client are working with the January 6 panel and staff to see if they can "reach an accommodation that does not require Mr. Meadows to waive Executive Privilege or to forfeit the long-standing position that senior White House aides cannot be compelled to testify before Congress.

"We appreciate the Select Committee's openness to receiving voluntary responses on non-privileged topics," he said.

Earlier this month, the committee threatened to seek a contempt referral for Meadows if he did not cooperate. The committee has already recommended that former Trump strategist Steve Bannon be held in contempt after he refused to appear, and they will meet on Tuesday to discuss a contempt recommendation for former Justice Department official Jeffrey Clark.

This is a developing story. It will be updated.

www.cbsnews.com - 11 months ago
Socialism has gone mainstream in American politics, but it remains deeply controversial. For some, it seems to offer an appealing solution to the country’s woes, but for others, it evokes fearful imagery of authoritarian regimes. This CBSN Originals
Read More

Why black voters are supporting Joe Biden in Democratic primaries

Fogle admits to paying for sex with minors