Tom Brady gets cocky on podcast while trolling Colts 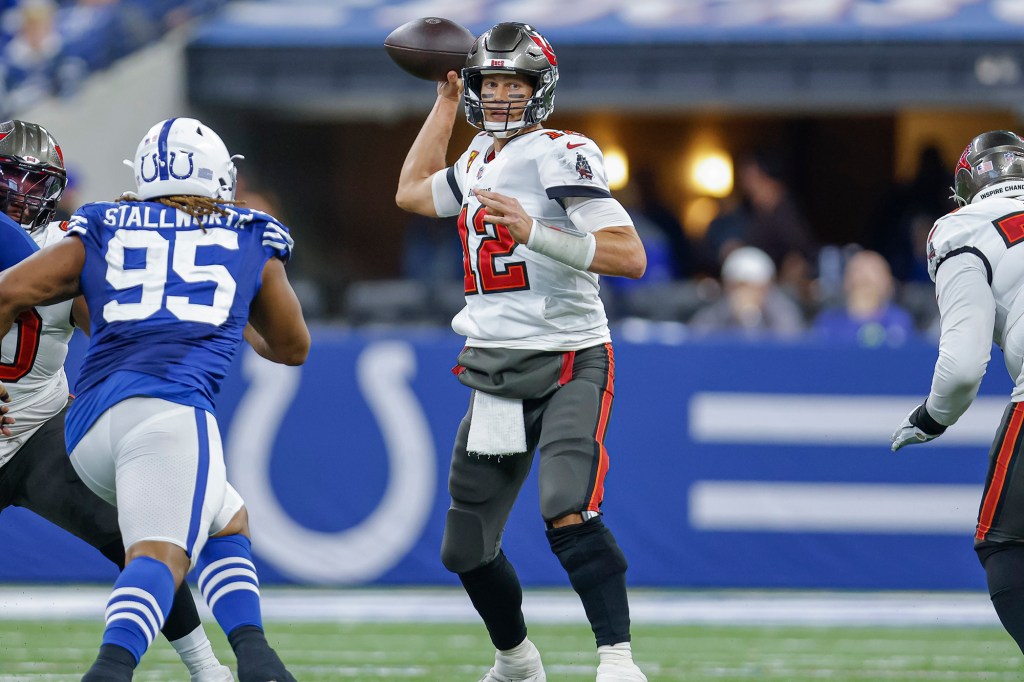 Tom Brady had fun trolling the Colts after Tampa Bay’s 38-31 comeback win over Indianapolis on Sunday.

On a new episode of his “Let’s Go!” podcast, released on Monday, Brady told cohost Jim Gray that Sunday’s victory was “especially fun” because he is now 16-4 against Indianapolis in his career.

“I think I’ve beat the Colts the last nine times I’ve played ’em, so it was great to win in Indy. It turns out that horseshoe on their helmet isn’t as lucky as it seems, which really sucks for them, but not for us,” Brady said, laughing.

He added that he’s “done a pretty good job lately” of beating the Colts.

Gray suggested, “It’s been a lucky horseshoe for you, maybe you should take it off their helmet and maybe you’re carrying it around.”

Brady replied, “Send it out to Peyton [Manning], get me a decal or something.”

Many of Brady’s wins against the Colts came during his 20-year career in New England, in legendary battles against Manning.

The pair reminisced about their QB matchups when Brady appeared on the Manningcast on “Monday Night Football” last month.

In Sunday’s win over Indianapolis, Brady completed 25 of 34 passes for 226 yards with one touchdown and one interception.

He gave a shoutout to Leonard Fournette in the podcast episode, after the Bucs running back recorded four total touchdowns, along with seven receptions for 31 yards.

Gray went on to ask Brady if he feels the same joy of beating the Colts now that he’s a Buccaneer.

Brady noted that the Bucs have multiple former Colts coaches on their staff — including Bruce Arians, Clyde Christensen and Tom Moore.

So when the Bucs faced the Colts on Sunday, Brady told his coaching staff, “Listen, don’t everyone get teary-eyed when we beat these guys. I don’t want any sadness. Don’t feel like there’s anything to be sad for after we win this game.”

nypost.com - 1 year ago
Democratic presidential candidate Joe Biden said during a town hall debate on Monday night that “210 million” people have died of the coronavirus — before quickly correcting himself. Biden was speaking to NBC’s Lester Holt just hours after President Trump
Read More

nypost.com - 10 months ago
China carried out a sweeping shakeup of ​Hong Kong’s legislature on Tuesday, sharply reducing the number of elected seats in a move that will allow Beijing to exert more influence over the law-making body and press an anti-Democratic national security law
Read More

Italy: Teen in hijab aims to be ‘Afro-influencer’ on TikTok

nypost.com - 10 months ago
MILAN — In Milan’s chic Victor Emmanuel II Gallery, a spacious mall that would be jammed with shoppers were it not for the pandemic, a young Black woman wearing a violet hijab and matching lipstick propped up her phone and moved her hips to a
Read More