Michigan moved up to No. 2 in the second-to-last CFP rankings, joining Georgia, Alabama and Cincinnati in the top four heading into conference championship weekend.
Author: Associated Press
Published: 2021-11-30 08:42 pm 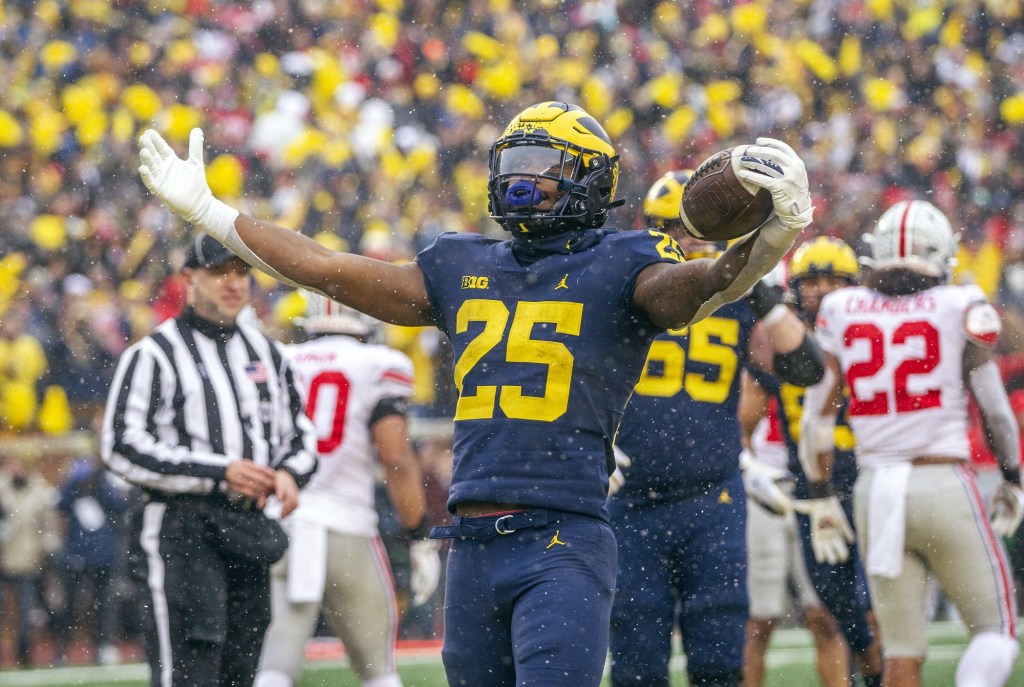 DALLAS — Michigan moved up to No. 2 Tuesday night in the second-to-last College Football Playoff rankings, joining Georgia, Alabama and Cincinnati in the top four heading into conference championship weekend.

Oklahoma State is fifth going into the Big 12 championship game Saturday against Baylor, and Notre Dame is sixth with no games left and no head coach.

Brian Kelly left the Fighting Irish and was introduced as the new coach at LSU on Tuesday, three days after independent Notre Dame finished its season 11-1.

Georgia was first, as it has been for every selection committee ranking so far, and Michigan climbed to No. 2 after it beat last week’s No. 2, Ohio State. The Wolverines play Iowa in the Big Ten title game.

The playoff field will be set Sunday.

The penultimate rankings come the day before the conference commissioners who manage the playoff meet in Dallas for a pivotal gathering.

The management committee — comprised of the commissioners of the 10 FBS conferences and Notre Dame’s athletic director — has a self-imposed deadline to agree on how to expand the playoff.

The commissioners have been debating whether to triple the playoff field to 12 teams. For a new model to be in place by the 2024 season, a format would have to be approved by the CFP oversight committee of university presidents and chancellors by mid-January.

If the management committee cannot come to a consensus on the the size of the field at this meeting, it is likely that the soonest expansion could happen would be the 2026 season, after the current television rights contract with ESPN expires.

nypost.com - 2 years ago
Less than two months after overturning his death penalty, the California Supreme Court has ordered a trial judge to consider whether to overturn Scott Peterson’s convictions for murdering his wife, Laci, and their unborn son, according to a report. The
Read More

nypost.com - 2 years ago
Want to find the perfect gift for your favorite beauty guru? Makeup lovers will die for these 17 best luxury beauty gifts of 2020.
Read More

nypost.com - 2 years ago
The prediction was the latest suggestion from a major drugmaker that the race to produce a vaccine for the deadly COVID-19 bug could reach a significant milestone in the coming months.
Read More
More News & Articles