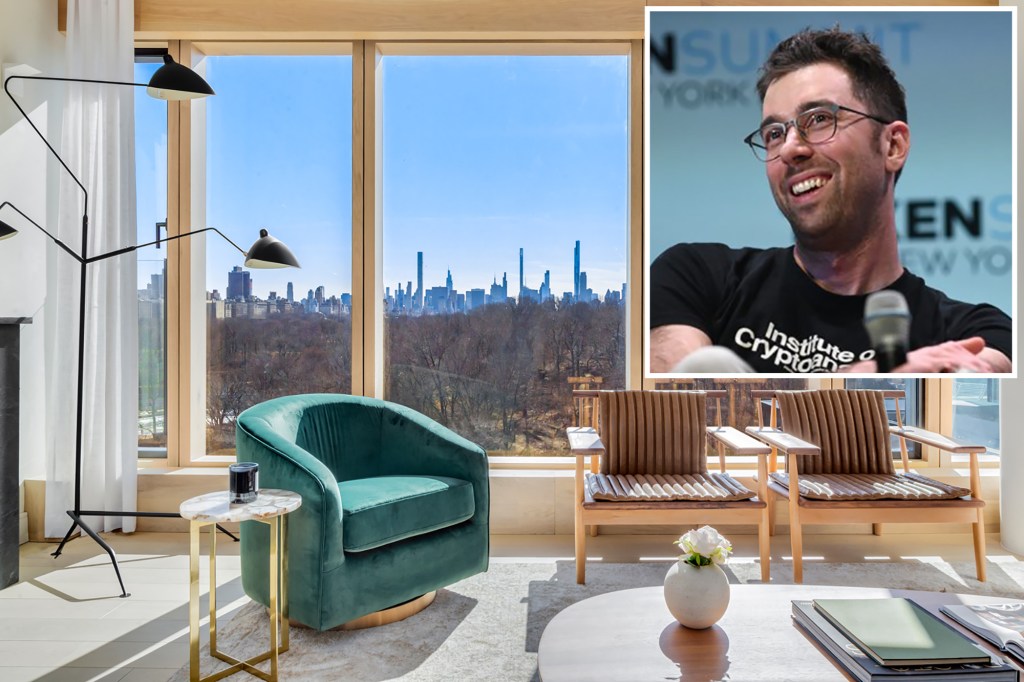 The 10th-floor unit is 1,509 square feet and comes with three bedrooms and two bathrooms.

There are white oak floors, floor-to-ceiling windows, a park-facing terrace and a private balcony.

Rettig is a developer of the cryptocurrency Ethereum and developer at Spacemesh, a block chain platform.

Rettig says he loves the “community feel” of 145 CPN, which hosts social gatherings, like wine and cheese get-togethers on the building’s common roof terrace.

The building was developed by GRID Group with Gluck+ interiors. The 10th-floor unit was lasting asking $3.65 million.

The rooftop features Central Park views and an outdoor kitchen along with the hot tub.

Residents of 145 CPN also have preferred access to Alpha’a, which calls itself the largest virtual marketplace for art in the world, powered by blockchain.

The building was completed last year.

The listing brokers were Ryan Serhant at Serhant and Mike Fabbri, Ashley Brooke and Jennifer Alese at Nest Seekers International. The Rettigs were repped by Jenny Lin, with eRealty International Corp.

nypost.com - 1 year ago
Hilary Duff has confirmed that the “Lizzie McGuire” reboot is officially dead. On Wednesday, Duff, 33, posted a long note on her Instagram explaining the situation. “I know the efforts and conversations have been everywhere trying to make a reboot work,
Read More

Patchwork Yankees do a bit of everything in win over Phillies

nypost.com - 11 months ago
Images taken Friday by Benjamin Shyman caught the furry critter lounging around in between naps nearby the lake, close to East 74th Street.
Read More