This week on "Sunday Morning" (December 5) 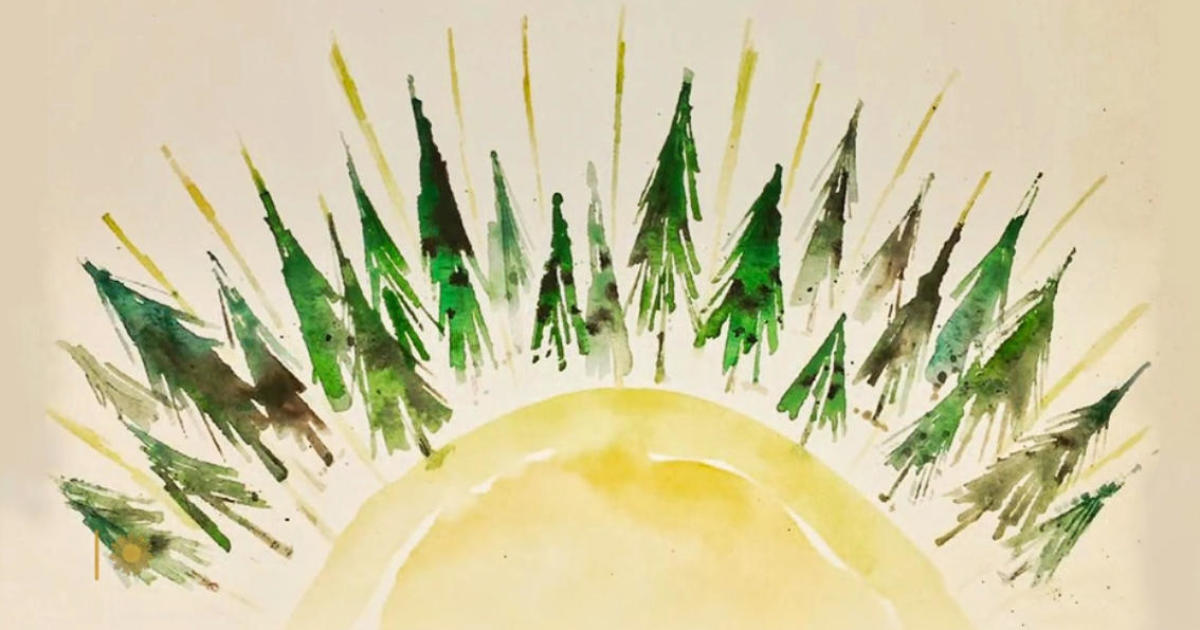 COVER STORY: Why we love Lucy
The sitcom "I Love Lucy," starring Lucille Ball and Desi Arnaz, was a ratings powerhouse in the 1950s, and a perpetual hit in reruns ever since. To mark the series' 70th anniversary, correspondent Jim Axelrod looks back at the making of a TV classic. He talks with granddaughter Kate Luckinbill, head of creative direction at the production company Desilu; visits the Lucy-Desi Museum and the National Comedy Center, both in Ball's hometown of Jamestown, N.Y.; and sits down with Darin Strauss, author of "The Queen of Tuesday," a novel inspired by Ball.

BOOKS: "Silenced No More": One woman's allegations of sexual abuse by Jeffrey Epstein, Ghislaine MaxwellAt age 22, Sarah Ransome says she became a victim of sexual abuse, and was threatened with violence, by Jeffrey Epstein. In her book, "Silenced No More: Surviving My Journey to Hell and Back," Ransome describes the traumatic childhood experiences that primed her to become a victim of abuse in adulthood by Epstein, facilitated by his associate, Ghislaine Maxwell. Correspondent Holly Williams reports.

HISTORY: The legacy of Josephine Baker
Entertainer Josephine Baker grew up poor in the slums of St. Louis, before garnering fame in Paris as a nightclub artist, movie star and businesswoman, far from the strictures of legal segregation in America. But Baker's roles also included a spy against the Nazis, and a pilot for the French Air Force during World War II, and her wartime exploits and social activism has led her to become the first Black woman to be inducted into France's Pantheon of national heroes. Correspondent Elizabeth Palmer talks with one of Baker's adopted children – the racially diverse "Rainbow Tribe" – about the incomparable Baker's life and legacy.

MOVIES: "Don't Look Up": A light-hearted look at the end of the worldCan you play an existential crisis for laughs? Correspondent Tracy Smith talks with stars Meryl Streep and Leonardo DiCaprio, and with writer-director Adam McKay (an Oscar-winner for "The Big Short"), about "Don't Look Up," a satire about Earth's impending collision with a comet that offers a comical analogy to climate change – and mankind's reluctance to deal with it.

To watch a trailer for "Don't Look Up" click on the video player below:

'TIS THE SEASON: 2021 holiday gift ideas from Techno Claus
Techno Claus (who looks suspiciously like "Sunday Morning" contributor David Pogue) has made the trip from the North Pole to deliver gift suggestions for those on your holiday list who love gadgets.

STAGE: Candace Bushnell: The "Sex and the City" author's next chapter
New York City has inspired Candace Bushnell for decades. Now, the author of "Sex and the City" is appearing Off-Broadway in a one-woman show titled "Is There Still Sex in the City?" It traces her career from newspaper columnist to creator of an international TV hit (which has inspired a new sequel series, "And Just Like That…"). Bushnell talks with "CBS Mornings: Saturday" co-host Michelle Miller about how Carrie Bradshaw and friends changed her life – or did they?

MOVIES: Nicole Kidman and Javier Bardem on "Being the Ricardos"Starring as Lucille Ball and Desi Arnaz in "Being the Ricardos," Nicole Kidman and Javier Bardem felt intense pressure playing two of the most famous people in television history. Correspondent Mo Rocca talks with Kidman and Bardem, and with co-stars J.K. Simmons and Nina Arianda, about the challenges of recreating the cast of "I Love Lucy" in Aaron Sorkin's latest film, which goes behind the scenes of a trailblazing career couple.

To watch a trailer for "Being the Ricardos" click on the video player below:

COMMENTARY: Jim Gaffigan on that most COVID time of the year'Tis the season to beware of kissing under the mistletoe and other super-spreader events, says the comedian who offers "Sunday Morning" viewers his own brand of holiday cheer.

"Follow the Suns": The "CBS Sunday Morning" 2022 Day-to-Day Calendar
Celebrate "Sunday Morning" every day of the week with this handy 365-day tear-off calendar featuring examples of our luminous "sun art," and quirky historical facts from our popular "Almanac" segment – a perfect holiday gift!

PODCAST: "Unsung Science"
"Sunday Morning" correspondent David Pogue explores the origin stories behind some of the most mind-blowing advances in science and technology. Presented by CBS News and Simon & Schuster.

Listen to the episode, "Who Makes the Fake Languages for Hollywood?":

DVR Alert! Find out when "Sunday Morning" airs in your city

Full episodes of "Sunday Morning" are now available to watch on demand on CBSNews.com, CBS.com and Paramount+, including via Apple TV, Android TV, Roku, Chromecast, Amazon FireTV/FireTV stick and Xbox.

You can also download the free "Sunday Morning" audio podcast at iTunes and at Play.it. Now you'll never miss the trumpet!

Husband charged with killing wife who disappeared in January

www.cbsnews.com - 3 months ago
"This is a surprise to me since they have no proof Maya is dead, and I believe she is still alive," Millete's attorney said.
Read More

www.cbsnews.com - 8 months ago
Eight-hundred arrests, 8 tons of cocaine seized and alleged murders were thwarted in a global operation enabled by criminal gangs discussing their actions on an app secretly run by FBI.
Read More

www.cbsnews.com - 1 year ago
Before any woman became a justice of the U.S. Supreme Court, others blazed the trail.
Read More

www.cbsnews.com - 9 months ago
Damage to the large external supply tank at a hospital for COVID patients took only 35 minutes to repair, but it was a deadly failure in a system already strained by shortages.
Read More
More News & Articles