Row, row, row your boat… away from the Gowanus Canal. Sailors will have to steer clear of the famously fetid Brooklyn waterway starting this weekend so the feds can continue their Superfund cleanup there, according to the Environmental Protection Agency.
Author: Henry Kline
Published: 2020-10-28 06:22 pm 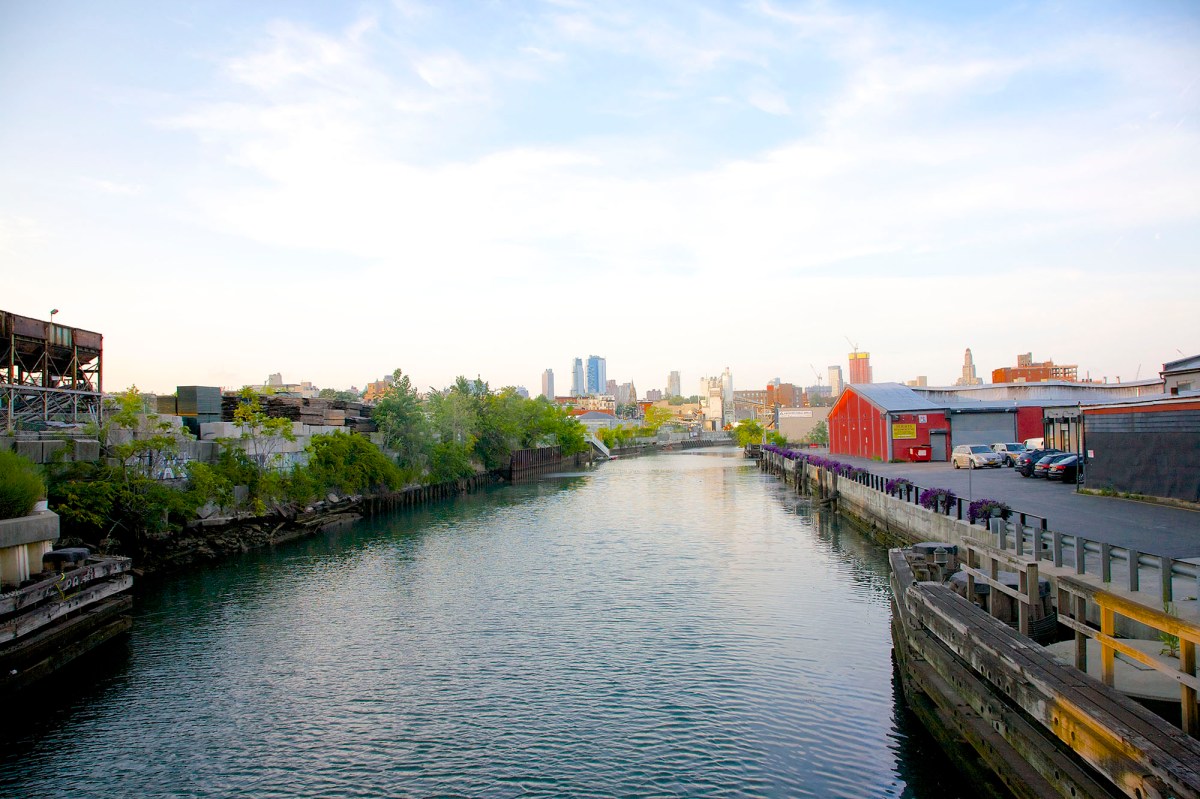 Row, row, row your boat… away from the Gowanus Canal.

Sailors will have to steer clear of the famously fetid Brooklyn waterway starting this weekend so the feds can continue their Superfund cleanup there, according to the Environmental Protection Agency.

“No boating is going to be allowed during cleanup operations that begin in November — no boating, no canoeing,” the agency’s Christos Tsiamis said at a virtual meeting hosted by the Gowanus Canal Community Advisory Tuesday.

Large equipment will traffic the canal on barges, dredging up sediment and treasures that could be more than a century-and-a-half old.

But the ban has local boating enthusiasts reeling.

“We certainly don’t want to get in the way of dredging, but we do think there’s a way that, especially on, say, weekends or evenings when the work is not actually being conducted, we’d like to work with you to find a way to tailor that to allow for more access for a longer period of time,” Brad Vogel, a captain of the Gowanus Dredgers Canoe Club, said at the meeting.

The waterway has become a haven for recreationists seeking a little fresh(ish) air during the pandemic. Fellow dredger Celeste LeCompte said Wednesday that the canal and the Dredgers have been an “important community resource.”

“Thinking towards the future, that’s a big part of why we want to ensure that we continue to have access on the canal. It’s an open public space for the community, which is already lacking in the neighborhood in general.”

“The Gowanus Dredgers were formed 21 years ago and the word ‘dredgers’ is in our name because of what we wanted to happen, so it’s very good to see that finally happening,” Vogel added.

Vogel said in a phone interview with the Post on Wednesday that the Dredgers continue to negotiate with officials from the EPA. He said he’s “hopeful” they will reach an agreement.

“We have developed into a rather intrepid crew and I can guarantee you that we will find a way to continue in some fashion,” he said.

“One thing about the dredgers is we’ve been operating on an industrial waterway for over 20 years. So collectively, we have certainly had lots of experience with paddling alongside barges, tugs and collapsing infrastructure.”

It’s unclear how long the ban might last. The dredging that’s set to start in November is just phase one of three cleanup phases that’s expected to last years.

The EPA estimates the cost of the cleanup to be “in excess of a billion dollars.”

With the fate of Gowanus Canal boating up in the air, the Dredgers posted on Instagram that they plan to meet Saturday out on the water for “one last chance to see the upper Gowanus Canal from the water before the superfund cleanup shuts down a good portion of the waterway for years.”

nypost.com - 1 month ago
A controversial proposal to provide unemployment benefits to undocumented workers and former prisoners has sparked a fight among Democrats who control the state Legislature, imperiling its passage and stalling state budget talks. Both houses of the
Read More

nypost.com - 5 months ago
Lakers fans were understandably wary of Anthony Davis’ injury history when he was traded to Los Angeles from the Pelicans in July 2019. Apparently, Davis was too. When the time came to re-sign with the Lakers, Davis said he aimed to lock down the
Read More