Plays define players. Those plays, depending on how big they are, become the narrative to players’ seasons and, sometimes, to their careers. For Giants tight end Evan Engram, it’s critical that he doesn’t allow the pass he let slip through the fingers of
Author: Mark Cannizzaro
Published: 2020-10-28 08:22 pm 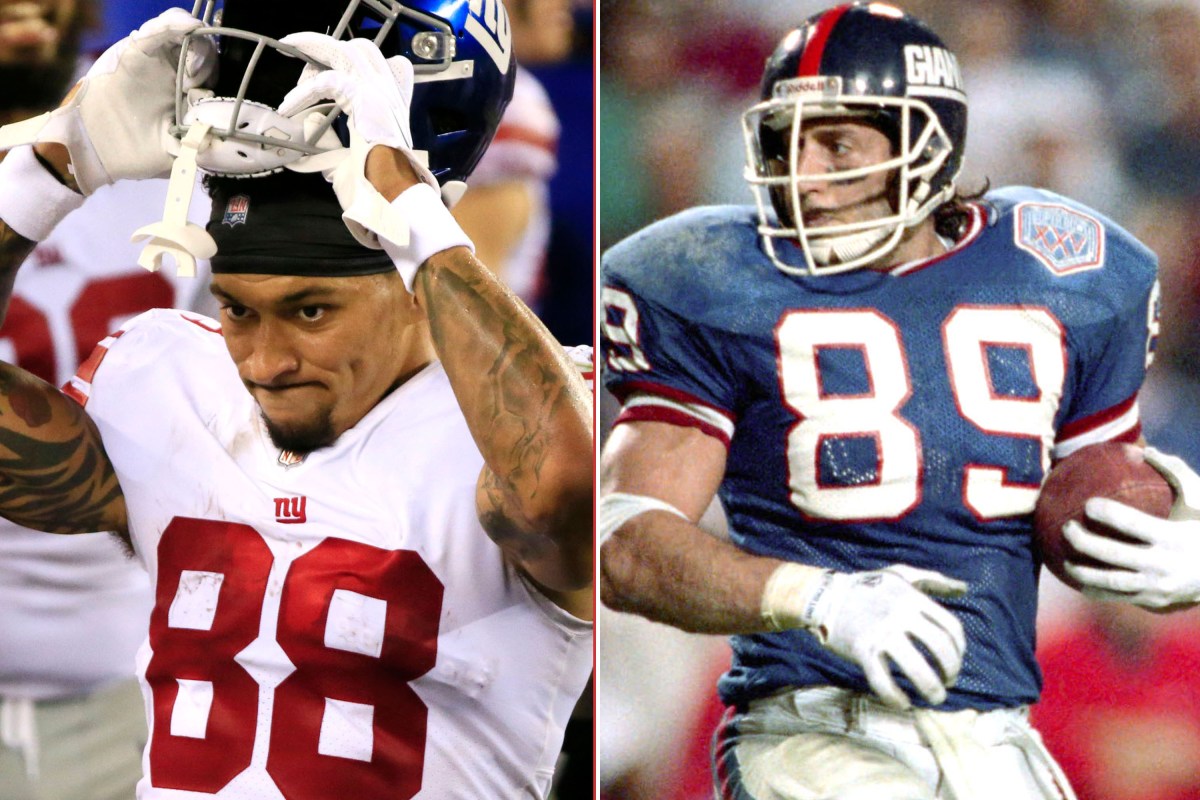 Those plays, depending on how big they are, become the narrative to players’ seasons and, sometimes, to their careers.

For Giants tight end Evan Engram, it’s critical that he doesn’t allow the pass he let slip through the fingers of both of his hands define him. The one that, if caught, could have clinched a rare victory in Philadelphia a week ago on national television.

It was the kind of sickening, game-changing, season-altering drop that can drain the confidence from a player — particularly one like Engram, who seems to wrestle with his confidence as each game passes and he continues to fall short of fulfilling his potential.

Did Engram’s drop against the Eagles — on third-and-6 with 2:14 remaining and the Giants leading 21-16 — cause his team to lose the game? No, because the defense had a chance to hold the lead on the ensuing Eagles possession and failed to do so.

But if Engram had caught that ball, the Giants almost certainly would have won, gotten to 2-5, stayed relevant in the NFC East race and ended a seven-game losing streak to Philadelphia.

It’s a lot to shoulder for a fourth-year player whose career has been a series of stops, starts, teases and disappointments.

“I’ve been there,’’ Mark Bavaro, the greatest tight end in Giants history, told The Post on Wednesday. “I had a big drop against the Eagles on a Monday night in Philadelphia. If I had caught it, I might have scored and we might have won the game.’’

Bavaro’s nightmare in Philadelphia came on Oct. 10, 1988. That game, a 24-13 Eagles win, is remembered more for the acrobatic play Eagles quarterback Randall Cunningham made on Giants linebacker Carl Banks to avoid a sure sack and throw a touchdown pass.

The Giants trailed 17-13 in the fourth quarter and, on a fourth-and-10, Phil Simms had Bavaro wide open near the goal line. The pass bounced off Bavaro’s helmet because he looked toward the end zone before looking the pass intro his hands, perhaps something Engram did on that drop last Thursday night.

Three plays after that Bavaro drop, Cunningham connected with Cris Carter for an 80-yard TD strike that put the game away.

“I lost a lot of confidence in myself after that drop,’’ Bavaro recalled. “It was such an easy catch. It did take a while to overcome it.’’

Before his drop, Bavaro had caught nine passes for 148 yards in that game.

“I don’t even remember that,’’ he said. “You only remember the bad ones. And that was a bad one. It was a game-loser. I still remember that play to this day. It never really leaves you.’’

Bavaro said he doesn’t know Engram personally, only that he has “admired his speed, agility and ability to run like a wide receiver’’ from afar.

Asked how a player gets over a crushing drop like that, Bavaro said, “You have to really buckle down and believe in yourself and not stress out about the next few balls that come your way. Just get back on the horse. Then, after you catch a couple in the next game, you get right back to where you were.’’

Engram is in the midst of a very mediocre season — 26 catches for a quiet 223 yards and no TDs. He’s a better player than that. He knows it. His coaches know it.

Former Jets tight end Anthony Becht, who said he “was really high on Engram when he came out of school,’’ is perplexed at why Engram hasn’t become more of a force in the Giants’ passing game and blames the team for not targeting him often enough.

“I know he’s got the skill-set,’’ Becht said. “I evaluated him out of college. He was going to be a mismatch problem in the NFL.’’

Engram looked like a mismatch on that fateful play last week, having several steps on Eagles safety Will Parks for that perfectly thrown Daniel Jones pass. Engram did everything but catch it.

“Outside of what the nation saw on that one drop or the way you feel about him, I know that he was 10 yards away from any defender,’’ Becht said. “The guy is a serious threat.’’

Until Engram changes the narrative, though, that play will define his 2020 season.

nypost.com - 2 months ago
Either Nic Claxton is enjoying Texas, or he’s having a breakthrough. After putting up a career-high 17 points in Monday’s win at San Antonio, Claxton had a 16-point encore Wednesday night in Houston to close the first half of the Nets’ season. He added a
Read More

nypost.com - 2 weeks ago
Bernie Madoff died from chronic kidney disease, hypertension and plaque build-up in his arteries, according to his death certificate. Atherosclerosis, the hardening and narrowing of arteries, and aortic stenosis, a valve disease, contributed to the
Read More

nypost.com - 2 weeks ago
EYEMOUTH, Scotland — James Cook was an enthusiastic supporter of Scottish independence, but now he’s not so sure. As Scotland holds an election Thursday that could be a stepping stone to the breakup of the United Kingdom, the seafood wholesaler has more
Read More

nypost.com - 5 months ago
The House of Representatives on Monday voted to override President Trump’s veto of a $740 billion defense bill. The 322-87 vote easily cleared the two-thirds threshold needed to make the bill law. The Senate is expected to hold its override vote this week
Read More
More News & Articles