Bob Dole, Donald Trump and the Art of Responsibility 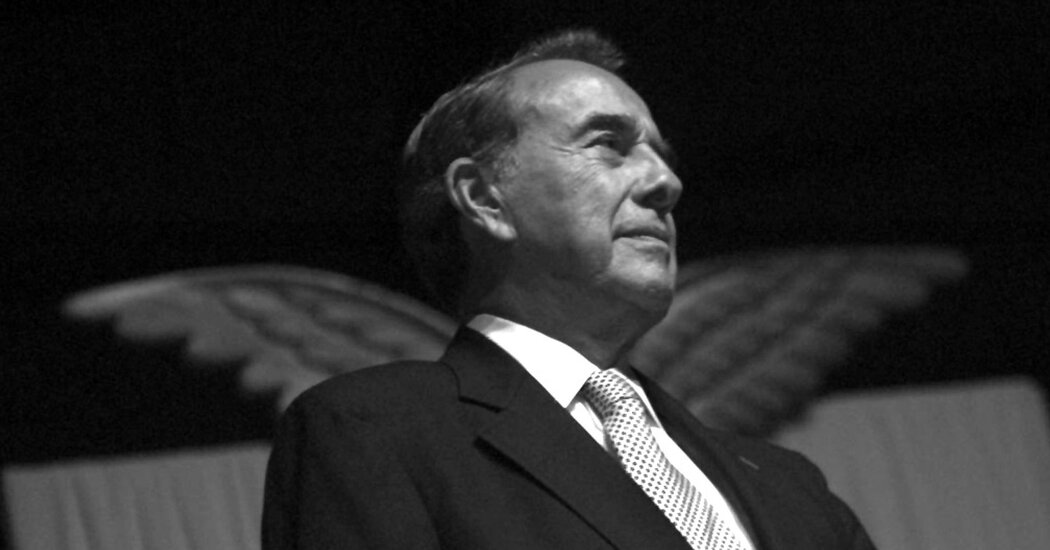 Bob Dole, the former Senate majority leader and presidential candidate, died on Sunday at age 98. The media were filled with encomiums, which was understandable even for those who opposed much of what he stood for.

It’s not just that he was a war hero, or that he reminds us of an era in which the two parties were willing to work together in the national interest. His life story also reminds us of a time when public figures were supposed to show some sense of responsibility — to possess basic decency, to admit to mistakes when they made them, even to put their lives on the line in time of war. Human nature being what it is, many people who pretended to have these virtues were hypocrites. But at least that was the ideal, and being an obvious crook, liar or coward was politically disqualifying.

As it happens, Dole’s death came just a few days after we learned what Donald Trump did after he tested positive for the coronavirus last year. He not only concealed the result but also proceeded to put hundreds of people at risk by continuing his normal activities while refusing to wear a mask or practice social distancing. And when he came down with a life-threatening case of Covid, he suggested that he might have caught it from Gold Star families he had met with after his positive test — that is, he blamed people he himself had callously endangered.

At some level, nobody is surprised; we knew that Trump was malignant to a degree never before seen in high office. But what does it say about the state of modern America that nobody expects him to pay any price for this revelation? The loyalty of his base won’t be shaken; he’s still the favorite for the 2024 Republican presidential nomination.

Nor has he paid any price for other character defects that would once have been considered damning. A generation or two ago, could a national political figure have gotten away with being constantly self-pitying, complaining about how badly he’s being treated? Could he have paid no penalty for always refusing to admit error, even if the cover-up required altering weather maps with what appears to have been a Sharpie?

And Trump seems to have set the standard for many of his devotees. Many of the rioters who tried to overturn the election on Jan. 6 seem to be very sorry — for themselves. Kyle Rittenhouse wept on the witness stand, not because he felt remorse over killing people but over the pain of being put on trial. The Crumbleys, who gave their son the gun with which he shot up his Michigan school and killed four students, also seemed very upset — over having been arrested.

All this from a movement obsessed with the idea of masculinity. Weren’t real men traditionally supposed to be strong, silent types who took responsibility for their actions and accepted burdens without complaining? Of course, these are human virtues, not specifically masculine; still, they used to be qualities we expected and admired.

It didn’t start with Trump. We’ve been heading this way for a long time. Back in 2006, in the aftermath of the invasion of Iraq on false pretenses and the botched response to Hurricane Katrina, I wrote about the “mensch gap” — the unwillingness of the people then running the country to accept responsibility for their own failures, their eagerness to blame others when things went wrong. Later, during the Obama era, it was striking how many critics on the right refused to acknowledge error when their predictions of runaway inflation or the abject failure of Obamacare failed to come true.

But now the transformation of American conservatism — the same movement that complains about liberal “snowflakes” — into a collection of malignant whiners seems to have reached apotheosis. Yes, there are self-pitying hypocrites on the left too; but they don’t dominate the way Trump and Trump-like figures dominate the right.

But that was then and this is now.

The Certification of the 2020 US Election Results is on Schedule. Here's a Timeline.

www.nytimes.com - 1 year ago
Despite Republican efforts to undermine the process, state officials say they fully expect to meet their upcoming deadlines.
Read More

Israel reaches a deal with Pfizer for enough vaccine to inoculate all its population over 16 by the end of March.

X is the Best Letter in the Alphabet

www.nytimes.com - 8 months ago
It’s now used to indicate sex and gender beyond the binary. But X has always been powerful.
Read More

www.nytimes.com - 12 months ago
The coronavirus pandemic has already upended eating habits in a country where the table is a sacred space. Now it is taking its toll on a symbol of work-life balance.
Read More
More News & Articles