New Chancellor to Take Over in Germany as Merkel Era Ends

The inauguration of Olaf Scholz opens a new chapter for Europe’s biggest democracy after 16 years under Angela Merkel. Here’s the latest.
Author: The New York Times
Published: 2021-12-08 01:49 am 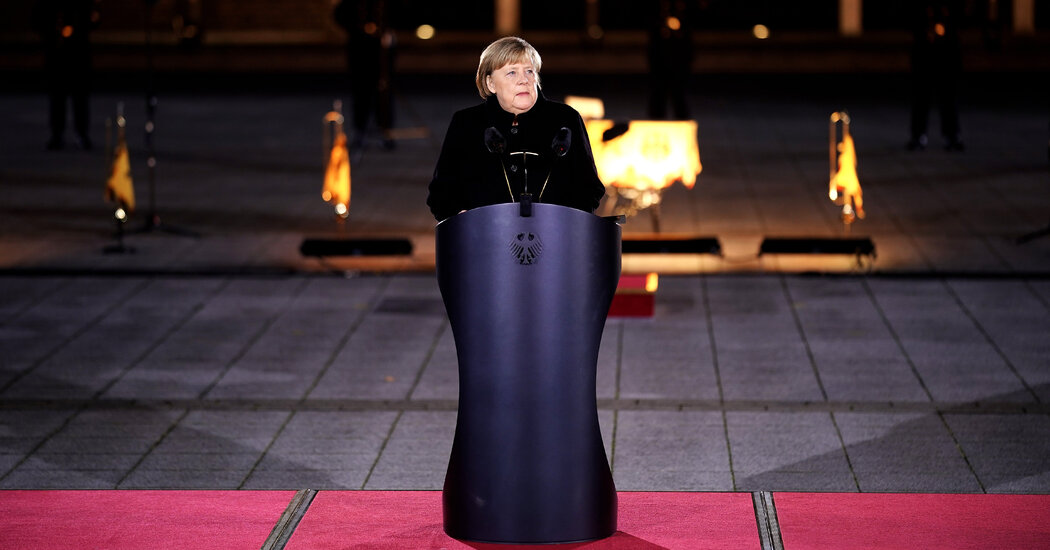 8 women and 8 men: Germany gets its first gender-equal cabinet.

BERLIN — For the first time in 16 years, Germany will be run by a man. But although Angela Merkel is handing over the chancellery to a male successor, the incoming cabinet will have more women than ever before. Half, to be exact.

Olaf Scholz, the incoming chancellor, kept his election promise to appoint as many women as men to his government — and not only that, women will run all the briefs related to security and diplomacy.

“Security will lie in the hands of strong women in this government,” Mr. Scholz said on Monday. “Women and men account for half the population each, so women should also get half the power,” he added. “I’m very proud that we have succeeded in realizing this.”

That he is doing something Ms. Merkel never achieved herself — gender parity in the cabinet — speaks to the mixed legacy on gender for the departing chancellor, who for over a decade was the most powerful woman in the world.

Ms. Merkel long shunned the word feminist, and until her final years in power rarely publicly promoted the issue of advancement for women. There are notoriously few female business leaders in Germany. And even in politics, where Ms. Merkel has proved a role model for many, the number of female ministers and lawmakers on her watch remained about a third.

Still, many credit her long and popular tenure with the fact that Mr. Scholz and his team felt compelled to endorse gender parity.

“Germany has evolved in the last few years, and Ms. Merkel played a big part in that,” said Jutta Allmendinger, the president of the research institute WZB Berlin Social Science Center and an expert on gender and inequality. “So in a way, Scholz followed the call of the country.”

“Merkel always did her gender politics in secret,” Ms. Allmendinger said. “She is an absolute feminist. The fact that she didn’t proclaim it publicly has to do with the fact that she probably would have lost her power.”

The women taking office this week have made clear that they intend to put their mark on their ministries.

Annalena Baerbock, the new foreign minister, has been vocal about her plan to take a tougher line toward strategic rivals like China and Russia. The incoming interior minister, Nancy Faeser, vowed on Monday to “fight the biggest threat currently facing our liberal democracy: far-right extremism.” And Christine Lambrecht, who will become defense minister, promised to get Germany’s notoriously underequipped military the resources it needs.

Unlike Ms. Merkel, these ministers seem to have no qualms in proclaiming their feminism.

Klara Geywitz, the new minister for housing and urban development, called the gender-equal cabinet “an important signal for all women in our country.”

Bill Cosby Is Sued; Woman Says He Sexually Assaulted Her in 1990

www.nytimes.com - 3 months ago
The suit was filed under a change in New Jersey law that extended the deadline to sue in cases involving allegations of sexual assault.
Read More

Why Life Without Parole Isn't Making Us Any Safer

www.nytimes.com - 2 weeks ago
“Finally!” Colbert said. “Up until now, the most serious charge any of these guys has gotten is impersonating a Flintstone.”
Read More

To See and Be Seen: These Dancers Make Disability Visible