Craig Carton is officially returning to WFAN a little more than three years after being arrested and later convicted for fraud. Carton will replace the retiring Joe Benigno to partner with Evan Roberts on an expanded five-hour (2-7 p.m.) afternoon
Author: Andrew Marchand
Published: 2020-10-29 09:45 am 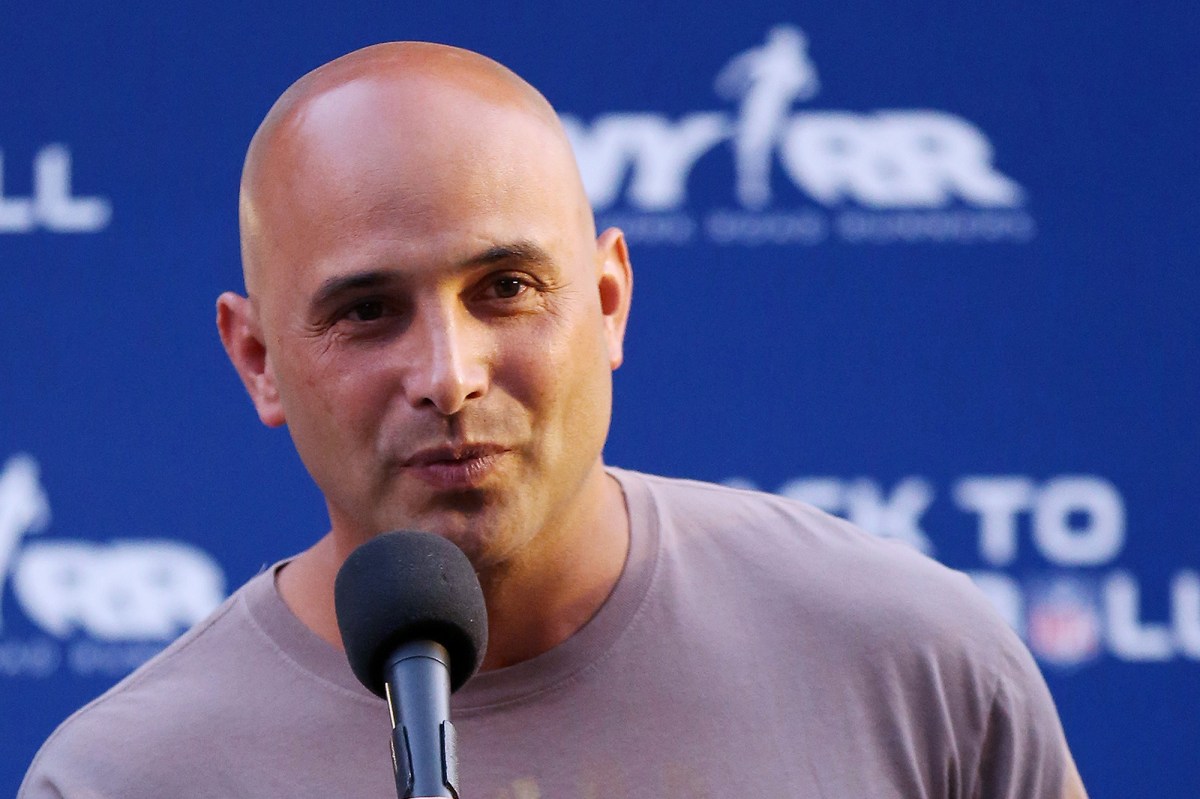 Craig Carton is officially returning to WFAN a little more than three years after being arrested and later convicted for fraud.

Carton will replace the retiring Joe Benigno to partner with Evan Roberts on an expanded five-hour (2-7 p.m.) afternoon drive-time show.

The station announced the first full program of “Carton and Roberts” will air Monday, Nov. 9.

Kay displaced Mike Francesa atop the New York sports radio ratings and “Joe & Evan” could not close the gap.

Carton, 51, spent a year in a federal prison after misappropriating loans to use for gambling debts in what was wire and securities fraud. He was released this summer. He still owes nearly $5 million in restitution to his victims.

WFAN is a different station than the one Carton left in 2017 as it is now fully dominated by gambling ads. Carton has said his betting issues, focused mostly around his favored Blackjack, led to his downfall.

WFAN has consulted with its employees and advertisers before agreeing to bring Carton back. It is believed Roberts will handle the gambling reads during the shows.

Chris Oliviero, who oversees WFAN, ultimately decided that Carton was his best option to challenge ESPN New York. Oliviero was Carton’s producer two decades ago on a WNEW program that featured Sid Rosenberg. Oliviero, along with FAN’s Mark Chernoff, played a vital role when FAN replaced “Imus in the Morning” with “Boomer & Carton” in 2007.

Now, Carton heads to afternoons — and it is one of his former rivals, Francesa, who really paved the way to create the opportunity.

Francesa’s flip-flop on retiring and his inability to find another suitable job upon first leaving WFAN at the end of 2017 has served as a blocking back to create the hole for Carton’s return.

When Francesa first left, WFAN had settled on Chris Carlin, Maggie Gray and Bart Scott as Francesa’s replacement. However, Francesa came back in 2018 after just four-and-a-half months (one ratings book) away. His return was short-lived and Francesa gave up his spot last September.

The “Joe & Evan” show moved from middays, where they were successful, to afternoons, where the Kay Show, and the lack of sports due to the pandemic, overwhelmed them. This has created the opening for Carton.

Originally, WFAN tried to recruit ESPN’s Bart Scott to return and partner with Carton. If it had been successful, Roberts would have gone back to middays potentially to replace Marc Malusis and team with Maggie Gray. Gray’s contract expires at the end of the year, but WFAN would like to re-sign her.

WFAN never considered pairing Carton with Esiason again. In Carton’s place, Gregg Giannotti has kept the show atop the ratings.

Before Carton went to prison, he conducted an interview with the Kay Show, which also consists of Kay’s sidekicks, Don LaGreca and Peter Rosenberg. Rosenberg and Carton had a particularly heated exchange. Rosenberg told Carton that he wasn’t a fan of his and said Carton made up a story about the two meeting each other.

Rosenberg did say Carton was a “brilliant” radio personality.

That is why, ultimately, despite spending a year in a federal prison, Carton is back on the WFAN. “Carton and Roberts” have the fabled real estate that “Mike & the Mad Dog” developed. The new team will be going at it as hard as they can for five hours per day.

nypost.com - 4 months ago
Three French police officers were shot dead and a fourth was injured early Wednesday while trying to help a woman who fled to the roof of a house during a domestic violence incident, authorities said. The shooter was identified as a 48-year-old man. He
Read More

nypost.com - 7 months ago
The reeling Yankees could get two vital bats back in their lineup by next weekend, with Aaron Boone saying both Giancarlo Stanton (hamstring) and Aaron Judge (calf) could be getting at-bats at the team’s alternate site in Scranton in the next few days. If
Read More

nypost.com - 5 months ago
BERLIN — The European plazas where people would usually gather at crowded stalls to partake in hot mulled wine, gingerbread, sausages and other delicacies are just empty squares. Christmas markets, a cherished tradition in Germany and neighboring countrie
Read More

nypost.com - 4 months ago
Flower delivery is booming, serving as a great socially distanced gift to send to loved ones we can't physically see and a pick-me-up to brighten your home-turned-office.
Read More
More News & Articles