Giants avoid COVID-19 crisis with offensive lineman back at practice

Crisis averted — for now. The Giants will not have to scramble to field enough offensive linemen to play on Monday after all. All the players who were placed in Isolation after offensive guard Will Hernandez tested posItive for COVID-19 returned to the
Author: Zach Braziller
Published: 2020-10-30 12:40 pm 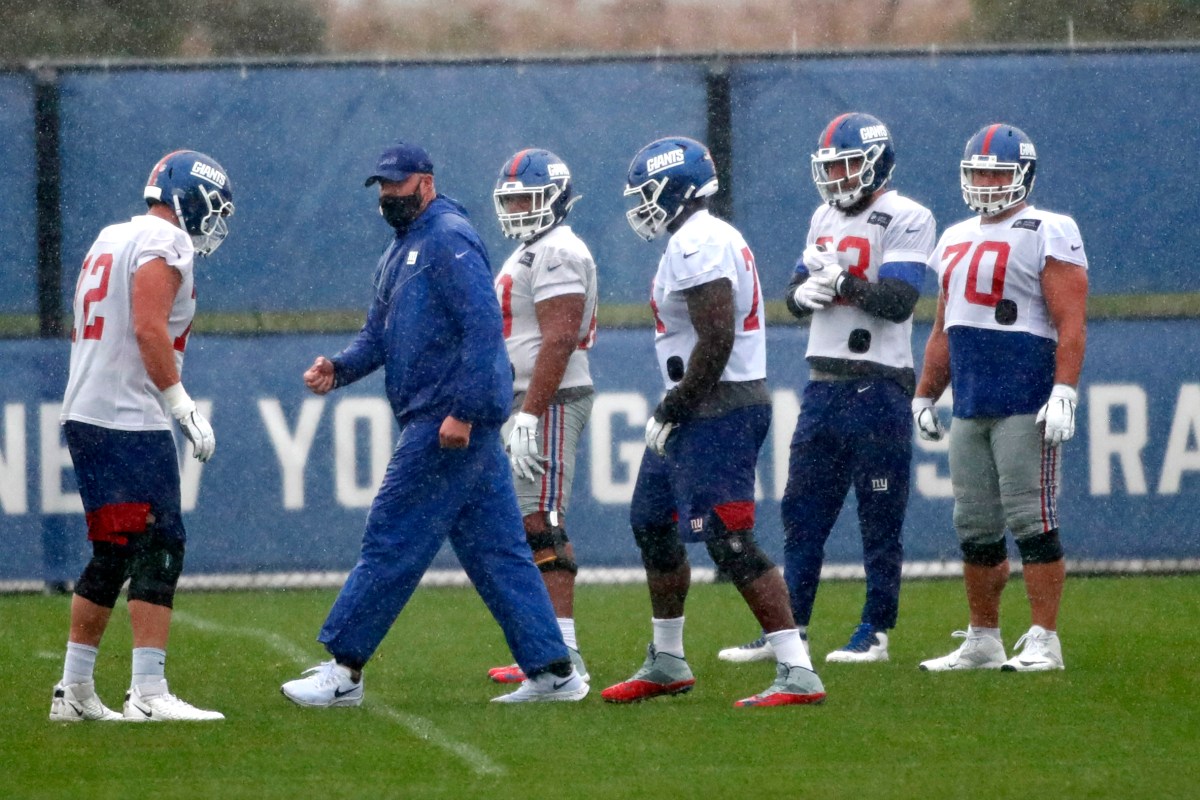 The Giants will not have to scramble to field enough offensive linemen to play on Monday after all.

All the players who were placed in Isolation after offensive guard Will Hernandez tested posItive for COVID-19 returned to the practice facility on Friday and were expected to be able to practice.

“Obviously, we’re relieved there are no more positive tests at this moment and our guys are back working,” coach Joe Judge said on Friday.

Due to contract tracing, the Giants only had four offensive linemen able to practice on Thursday. Kevin Zeitler was the lone starter available, with backups Matt Peart and Jackson Barton also able to workout, along with practice squad lineman Kyle Murphy. Tight end Eric Tomlinson filled in up front.

Offensive coordinator Jason Garrett said they made some adjustments, like working on early-down passing and more 7-on-7 drills.

Out of precaution, the Giants held virtual meetings on Friday. Hernandez has been placed on the reserve/COVID-19 list and is in quarantine. He was feeling well as of Thursday night, a source told The Post’s Paul Schwartz. He needs two negative tests 24 hours apart to be able to return.

This doesn’t mean the Giants are necessarily out of the woods yet. Testing will continue. But for now, they seem to have avoided an outbreak.

nypost.com - 1 month ago
WASHINGTON — More than 300 businesses and investors, including such giants as Apple, Google, Microsoft and Coca-Cola, are calling on the Biden administration to set an ambitious climate change goal that would cut US greenhouse gas emissions by at least 50
Read More

nypost.com - 4 months ago
WASHINGTON — Former White House lawyer Avril Haines has been confirmed as the new Director of National Intelligence, becoming the first woman to lead the agency and the first nominee in President Biden’s cabinet to pass the vetting process. The new
Read More

nypost.com - 7 months ago
The newborn baby found outside a Queens home on Sunday was allegedly thrown out of a bathroom window by his mother, who'd just given birth, police sources said.
Read More

nypost.com - 3 months ago
City officials said Wednesday that they are finally creating a single website where New Yorkers can book appointments for COVID-19 vaccines at all city-run locations — though it is not there yet. “Clearly, the old site had issues and New Yorkers clearly
Read More
More News & Articles