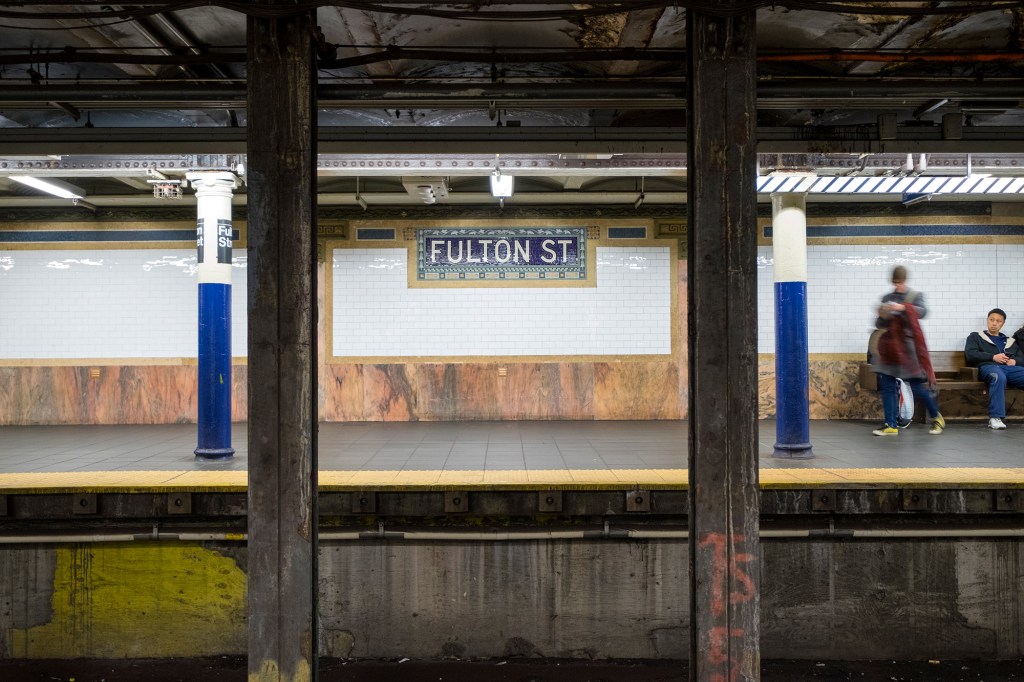 The 61-year-old victim landed on the roadbed on the southbound A/C line at the Fulton Street station around 11:30 a.m., cops said.

The victim was able to climb back onto the platform while not making any contact with a train, an NYPD spokesman said.

He suffered minor injuries and was taken to Presbyterian Hospital.

The pusher, who was described as a man in his 20s wearing a camouflage jacket, fled the station on foot, the spokesman said.

No further information was available.

The incident comes about a week after a 40-year-old Upper West Side woman, Michelle Go, was randomly fatally pushed onto tracks in Times Square while waiting for a train. Her accused crazed assailant was identified by cops as a homeless ex-con.

nypost.com - 3 months ago
Finland's Remi Lindholm needed a heat pack at the end of his race to thaw out a particularly sensitive body part at the 2022 Winter Olympics in Beijing.
Read More

This pick will motivate you for chance to win $100,000 in FOX Bet’s Super Six contest

nypost.com - 1 year ago
Week 17 is often the most unpredictable — with playoff position set, some stars are benched; teams respond unpredictably to the pressures of must-win scenarios; others play spoiler or mail it in with nothing on the line. These strategic decisions and huma
Read More

nypost.com - 4 months ago
A gun was found below a toilet inside of a bathroom used by detainees inside NYPD’s 110th precinct in Elmhurst on Thursday, according to police sources.
Read More
More News & Articles