Six in 10 Americans would vote for someone other than President Biden if the 2024 presidential election were held today — a rate higher than his predecessors Barack Obama and Donald Trump.
Author: Mark Moore
Published: 2022-01-23 12:31 pm 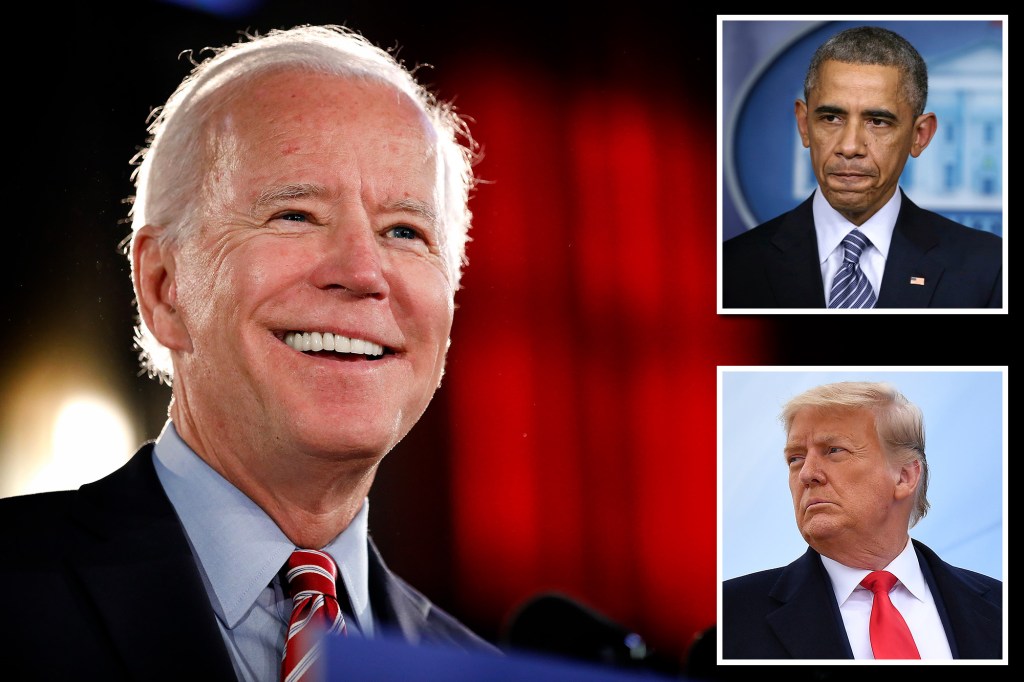 ​
Six in 10 Americans would vote for someone other than President Biden if the 2024 presidential election was held today — a rate higher than his predecessors Barack Obama and Donald Trump, according to a poll released Sunday.

The survey also shows the deep dissatisfaction Americans feel for Biden’s handling of the economy, the COVID-19 pandemic, border security and foreign policy.

As bad as Biden’s approval ratings are, Vice President Kamala Harris’ are worse.

The survey found that 54 percent of Americans disapprove of the job she is doing, and only 43 percent approve.

But the overall discontent with the Biden administration doesn’t translate into a significant advantage for congressional Republicans in the 2022 midterm elections.

Forty-four percent said they would vote for the Republican candidate if the election were held today, compared to 43 percent who would go with the Democratic candidate.

Republicans get high marks from voters on their ability to deal with taxes, the federal budget deficit, immigration, crime, and the economy, while Democrats get good grades on climate change, racism, health care, the pandemic and education.

But most Americans — 85 percent — said their top concern was inflation and higher prices, above all other issues.

Concerns over high crime came came in second with 81 percent, followed by political divisions at 78 percent, the coronavirus pandemic at 72 percent, North Korean missile tests at 68 percent, the standoff between Ukraine and Russia at 62 percent, migrants at the southern border at 59 percent, voter suppression at 58 percent and voter fraud at 53 percent.

It has a plus/minus 3 percentage points margin of error.

nypost.com - 5 months ago
Tiger Woods might not be ready for tour-level golf. He can still deliver quite a show.
Read More

nypost.com - 1 month ago
Jericho Sims is one of the few success stories of this failed 2021-22 Knicks season.
Read More

nypost.com - 7 months ago
Lauren "El" Cho, 30, who had recently moved from the Garden State to the West Coast, was last seen walking into the hills near the Airbnb where she was staying by the Benmar Trail.
Read More
More News & Articles