A Rikers Island inmate was indicted on Monday after allegedly groping a female correction officer and trying to rape a jail nurse in the same day.
Author: Kenneth Garger
Published: 2022-01-24 08:46 pm 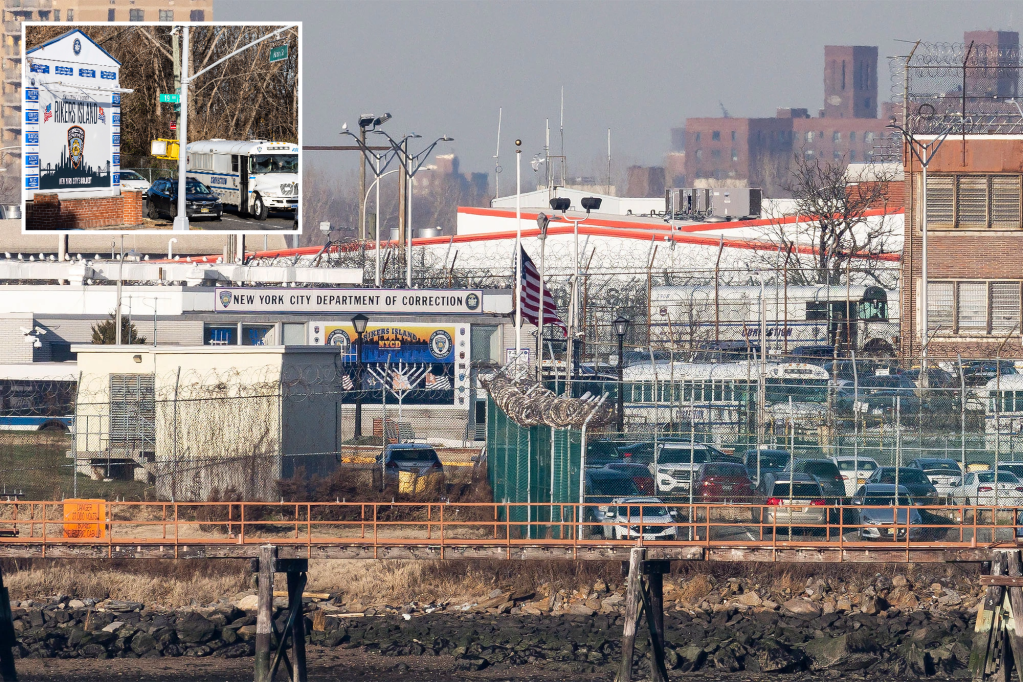 A Rikers Island inmate was indicted on Monday after allegedly groping a female correction officer and trying to rape a jail nurse in the same day last year, prosecutors said.

Michael Cleaver, 56, is accused of committing the heinous acts while locked up in the Eric M. Taylor Center on Nov. 12, according to the Bronx District Attorney’s Office.

Prosecutors allege Cleaver first lunged at and forcibly touched the 39-year-old correction officer at about 2:20 a.m. inside the facility.

About 14 hours later, Cleaver then allegedly shoved a 51-year-old nurse into room, locked it, and forced to her the ground before pulling her clothes down and trying to rape her, prosecutors said.

The attack was halted after the nurse screamed for help and another inmate busted the lock and burst inside where he pummeled Cleaver, the DA’s office said.

US COVID-19 death toll plunges even as new cases rise

nypost.com - 1 year ago
The COVID-19 death toll plunged by nearly 20 percent in the US over the past week — even as the number of new cases and hospitalizations continued to rise, officials said Wednesday. A total of 745 people died from the virus between March 30 and April 5 —
Read More

Video captures pulsating UFO dropping out of the sky

nypost.com - 7 months ago
"It's like an orb, man — look at that s--t. It's pulsating. This is awesome!" said a pilot who witnessed the event.
Read More

Woman goes into labor in the middle of the bar exam

nypost.com - 2 years ago
This bar exam was more labor-intensive than most. A pregnant Chicago woman had her water break in the middle of taking the grueling test — and still plowed through half of it before heading to the hospital to deliver her baby. New mom Brianna Hill, 28,
Read More
More News & Articles