What Does It Mean to Be ‘Done With Covid’? 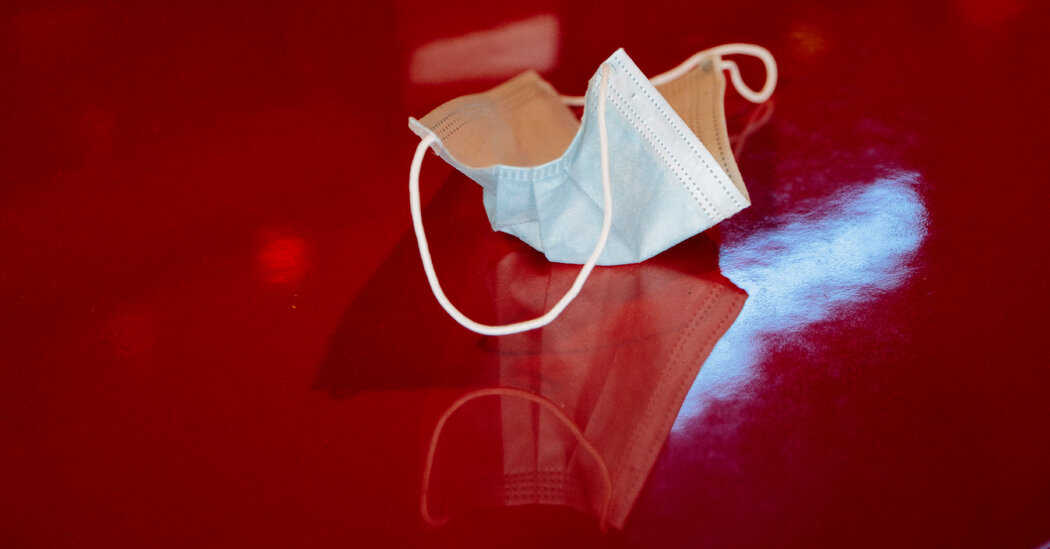 On Saturday, several days after my son stopped testing positive for the coronavirus, I took him out for ramen and then to the movies. The theater was about half-full; it required masks but also served food and cocktails, which you could, obviously, unmask to consume. I wouldn’t have gone three weeks ago, when Omicron was at its height and my family hadn’t been infected yet. But now everyone in my household except me has had it — I’ve been protected by either dumb luck or my Moderna booster — and so, in my own life, the stakes of a positive test have gone down.

I’m probably not living that much differently from those who declare themselves #DoneWithCovid. The phrase was trending on Twitter on Monday morning, in response to a declaration by my former colleague Bari Weiss on “Real Time With Bill Maher.” “I’m done with Covid! I’m done!” she said. Weiss described making an all-out effort to avoid Covid early on. “And then we were told you get the vaccine. You get the vaccine and you get back to normal. And we haven’t gotten back to normal. And it’s ridiculous at this point,” she said. When she finished speaking, the audience cheered.

The desperate desire to get back to normal is understandable. What’s odd is seeing the absence of normality as a political betrayal instead of an epidemiological curveball. The reason things aren’t normal isn’t that power-mad public health officials went back on their promises. It’s because a new coronavirus variant emerged that overwhelmed hospitals and threw schools and many industries into chaos, and because not everyone has the luxury of being insouciant about infection.

Even with Omicron around, there’s a fair bit of normality available, especially if you don’t have kids. Here in New York City, restaurants, bars, nightclubs and theaters are generally open, though shows are closing at the last minute when cast members fall ill. You can have a party or go on vacation. What you can’t do is force other people, whose vulnerabilities might be much greater than your own, to agree with your risk assessments and join you in moving on while the pandemic still rages.

There are certainly Covid mitigation policies that I think are awful. It’s absurd that in some places, New York City included, kids who get Covid can’t return to school for 10 days, even if they test negative earlier. (The Centers for Disease Control and Prevention says people need only quarantine for five days.) I hate the fact that my kids still have to wear masks outdoors at recess and that my daughter eats lunch on the cafeteria floor for reasons of social distancing.

Opinion Conversation What will work and life look like after the pandemic?

But in general, what’s standing in the way of normal life is Covid, not Covid prevention. In most cases where schools are closing, it’s because too many people are out sick to staff them. The same is true of stores that are cutting back their hours and airlines canceling flights. To have more normalcy, we need less illness. That means doing all the things public health people drone on about, especially getting more people vaccinated and boosted, which still — even with the high number of Omicron breakthrough cases — reduces the risk of infection as well as hospitalization.

Not long ago, I thought that once vaccines for kids over age 5 were available, I’d start arguing for the end of school masking. Last month I reported on a letter that Randi Weingarten, president of the American Federation of Teachers, wrote to the C.D.C.’s director, Rochelle Walensky, and Secretary of Education Miguel Cardona, asking for an off-ramp from mandatory mask policies. “There are reports coming from some classroom teachers that the constant use of masks impedes the learning process,” Weingarten wrote. “A number of parents have expressed dismay about their child’s overall well-being after wearing a mask continually for well over a year and a half.”

The C.D.C. recently put out updated guidance suggesting that some people, including those teaching students to read, might want to wear clear masks. This seems a tacit acknowledgment that ordinary face coverings can have an educational cost. They certainly have a social one; I have little doubt that masks are part of why my kids now find school so joyless, and I’ll be thrilled when they’re no longer necessary.

But I can’t imagine advocating an end to school masking right now, when those who work in schools are being infected in such huge numbers. The substitute shortage is so bad that parents — and, in New Mexico, members of the National Guard — are being asked to fill in. This isn’t a problem that can be fixed with an attitude adjustment.

Critics of how liberals have responded to the pandemic sometimes argue that we’ve overestimated our ability to control this virus. But those who think we can escape this excruciating period simply by changing our mind-set are also overestimating how much control we have. America won’t seem remotely normal until it’s a lot less sick.

Doctors Are Calling It Quits

www.nytimes.com - 2 years ago
Thousands of medical practices are closing, as doctors and nurses decide to retire early or shift to less intense jobs.
Read More

Review: ‘The Book of Boba Fett’ Gives a ‘Star Wars’ Icon His Own Chapter

www.nytimes.com - 5 months ago
Disney+ follows “The Mandalorian” with a series about the fan-favorite bounty hunter Boba Fett, long believed to have died in the Sarlacc’s belly.
Read More

People Hate Inflation. Sometimes Too Much.