The warning stated that the texts can lead to "difficult conversations about gender, race, sexuality, class and identity."
Author: Emily Crane
Published: 2022-01-27 01:47 pm 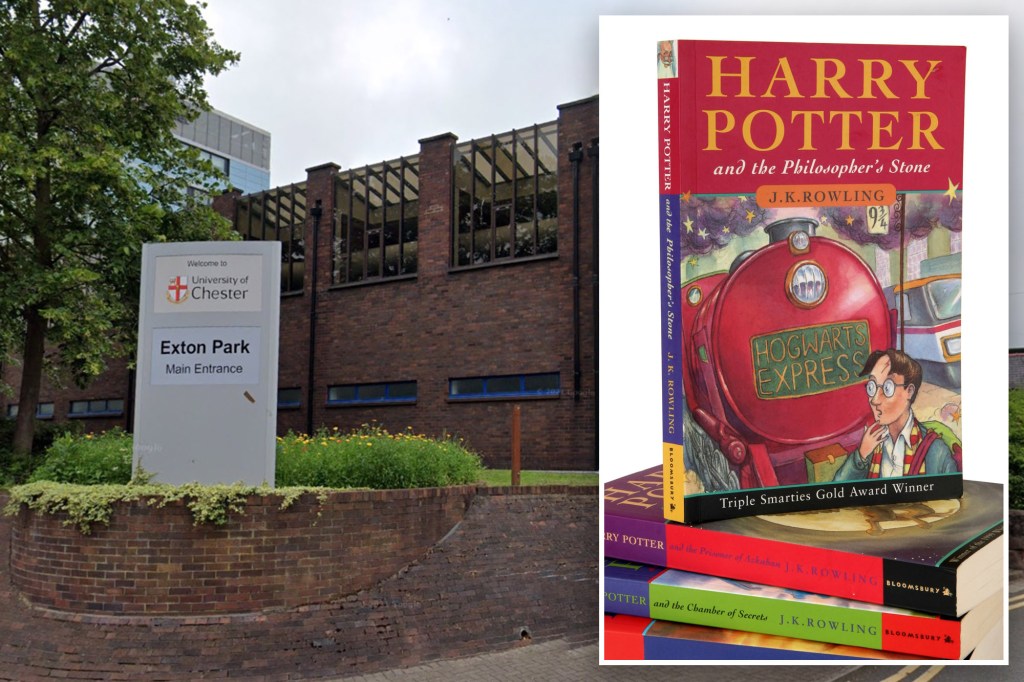 A UK university reportedly put a content warning on a course reading list that features the first Harry Potter book and other young adult novels, saying the texts can lead to “difficult conversations about gender, race, sexuality, class and identity.”

The warning is related to the three books being studied in a literature course at the University of Chester, the Daily Mail reported.

“Although we are studying a selection of Young Adult texts on this Module, the nature of the theories we apply to them can lead to some difficult conversations about gender, race, sexuality, class, and identity,” the warning said, according to the outlet.

“These topics will be treated objectively, critically, and most crucially, with respect. If anyone has any issues with the content, please get in touch with the Module Leader to make them aware.”

The warning comes after Rowling, the author of the Harry Potter series, faced a wave of criticism after being accused of making transphobic comments.

Dr. Richard Leahy, the university lecturer in charge of the literature course, tweeted in March 2019 that “JK Rowling reveals that he is not the best mate of mine.” His Twitter accounts appears to have been deleted.

A university spokesperson described the warning as a “generic paragraph” and insisted it wasn’t “specific to the three texts.”

“Those studying literature should expect to encounter all the issues, challenges and complexity of humankind. As a University we promote rather than avoid discussion on these,” the spokesperson said.

“We do of course include a generic paragraph on our reading lists to draw attention to the opportunity for individual students to talk with tutors if anything is particularly difficult because of its personal relevance.

“Tutors know how to signpost students to specialist support which is occasionally needed but often the tutorial or seminar discussion is sufficient for a student to put an issue in context.”

Academy lied about asking Will Smith to leave after he slapped Chris Rock: report

nypost.com - 2 months ago
The Academy of Motion Pictures did not ask Will Smith to leave after he slapped Chris Rock at the Oscars on Sunday, according to a new report that contradicts previous statements.
Read More

nypost.com - 1 year ago
Amazon is in talks to buy podcast startup Wondery with a valuation of over $300 million, the Wall Street Journal reported on Wednesday citing people familiar with the matter. Deal talks are ongoing and negotiations could still fall apart, the report said
Read More

nypost.com - 1 year ago
STOCKHOLM — Sweden’s government failed to sufficiently protect the elderly in care homes from COVID-19 and is ultimately responsible for the pandemic’s effects in the country, according to a stinging official report released Tuesday. The Scandinavian
Read More