Cristian Hall who had a felony robbery charge against him that was downgraded by Manhattan District Attorney Alvin Bragg was busted again Wednesday in a sucker-punch attack on a city sanitation worker, The Post has learned.
Author: Larry Celona, Bruce Golding
Published: 2022-02-09 07:15 pm 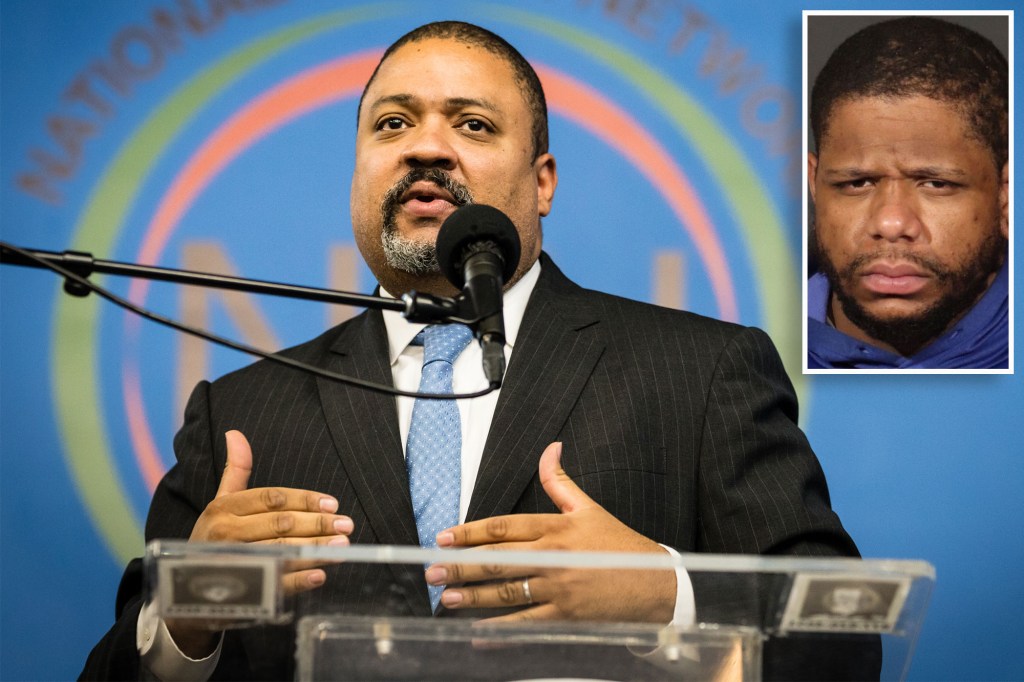 A career criminal who had a felony robbery charge against him downgraded at the direction of Manhattan District Attorney Alvin Bragg was busted again Wednesday in an unprovoked, sucker-punch attack on a city sanitation worker, The Post has learned.

Christian Hall, 30, allegedly sneaked up from behind as the victim, a 55-year-old man, was collecting trash outside 115 W. 23rd St. around 10 a.m., law enforcement sources said.

He then allegedly clobbered the unsuspecting civil servant in the head without warning, causing pain and swelling, sources said.

Hall was arrested at the scene by cops who took him into custody pending arraignment, sources said.

He was charged with second-degree assault, a felony, under a provision of state law that enhances the penalty for attacking certain public employees, as well as menacing and harassment, sources said.

“You have a city worker, in uniform, doing his job, providing a service to the community and he is attacked by a man that should be in jail.”

Another Manhattan cop said: “This is what happens when you don’t hold criminals accountable.”

Last month, Hall was featured in a front-page Post report about his arrest following a shoplifting incident at the TJ Maxx store in Chelsea.

Hall allegedly threatened workers there with a pair of scissors, but the NYPD’s Sergeants Benevolent Association said a Manhattan prosecutor “intentionally omitted” that information from the criminal complaint.

The arresting officer refused to sign the complaint until it was amended “to include the shears and threatening statement,” the SBA said.

But the third-degree robbery charge that cops lodged against Hall was still reduced to petty larceny under terms of the controversial “Day One” memo that Bragg, a Democrat, issued after he took office on Jan. 1.

Widespread outrage led Bragg to reverse that policy last week in a memo that said commercial robberies committed “at knifepoint, or by other weapon that creates a risk of physical harm, will be charged as a felony.”

Bragg also said that holding up a store or other business with a firearm “will be charged as a felony, whether or not the gun is operable, loaded, or a realistic imitation,” adding: “The default in gun cases is a felony prosecution.”

The Legal Aid Society, which represents Hall in an unrelated Manhattan assault case, declined to comment.

The hottest summer sport in NYC? Spotting ‘Sex and the City’ shoots

nypost.com - 1 year ago
Fans jam the streets of NYC to catch a glimpse of stars filming the SATC revival "And Just Like That..."
Read More

nypost.com - 1 year ago
Hockey players are known for giving short, scripted answers during press conferences. Lightning star Nikita Kucherov did not do that. The Stanley Cup champion delivered a legendary performance at the podium after his team’s 1-0 Game 5 victory over the
Read More

nypost.com - 6 months ago
Famous for her raspy purr, Davis was known for singing hits such as "Get Ready for Betty," "It's My Life," "If I'm in Luck I Might Get Picked Up" and many more.
Read More

How much Mets’ Steve Cohen will spend among intriguing MLB questions

nypost.com - 5 months ago
How much with Steve Cohen spend on Mets payroll and other burning questions as spring training begins.
Read More
More News & Articles