Garrett Gilbert or Cooper Rush? This is the choice the Cowboys face. This is how bad their season has gotten. After missing Sunday’s game against the Eagles with a concussion, Andy Dalton will miss at least one more game after being placed Tuesday on the
Author: Howie Kussoy
Published: 2020-11-03 04:20 pm 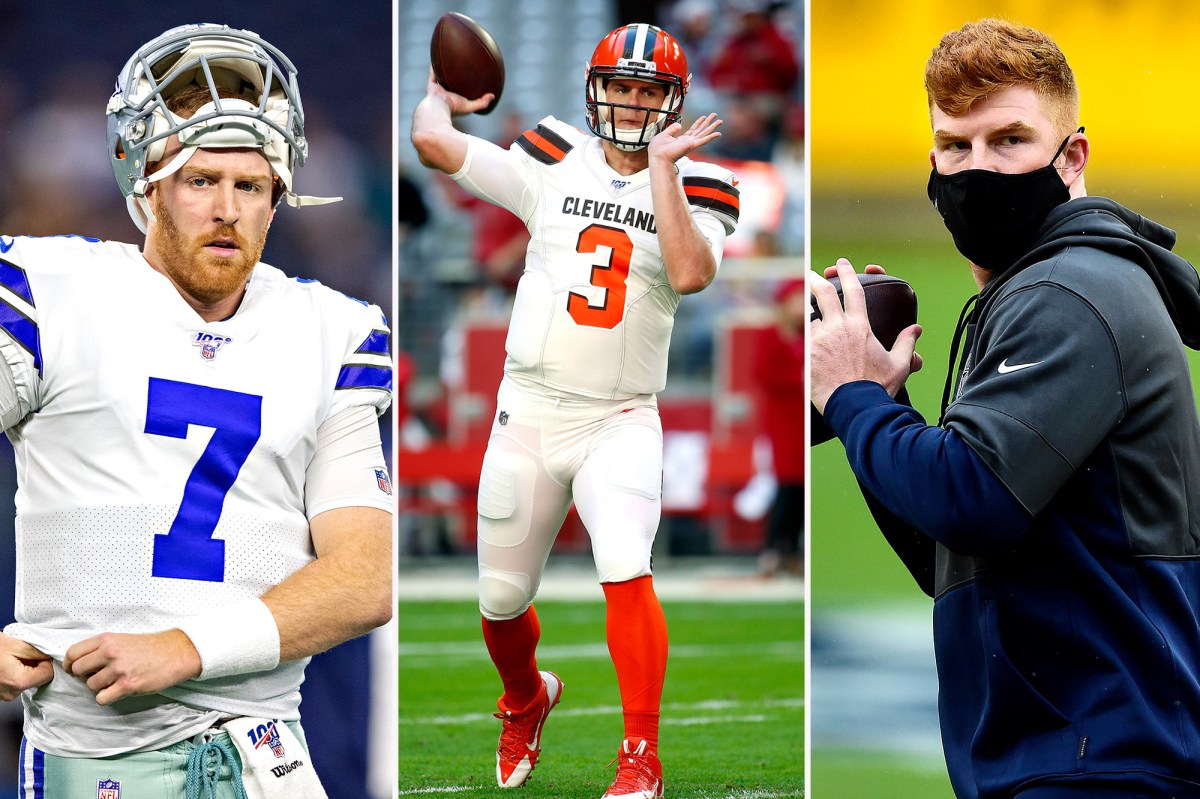 Garrett Gilbert or Cooper Rush? This is the choice the Cowboys face. This is how bad their season has gotten.

After missing Sunday’s game against the Eagles with a concussion, Andy Dalton will miss at least one more game after being placed Tuesday on the reserve/COVID-19 list, leaving Dallas to start Gilbert or the undrafted Rush at quarterback against the undefeated Steelers this weekend, according to NFL Network.

The Cowboys are seriously considering giving Rush, 26, the first start of his career after watching rookie Ben DiNucci badly struggle in a 23-9 loss to the Eagles, according to NFL Network’s Ian Rapoport. DiNucci won’t be getting another chance.

Though Rush has only thrown three career passes — coming with the Cowboys in 2017 — owner Jerry Jones may be open to any alternative to DiNucci, the seventh-round pick out of James Madison, who completed 21-of-40 passes for 180 yards in his first career start, while losing two fumbles and failing to lead Dallas into the end zone.

“I think it was a lot for him. I think we certainly, as a team, paid the price to have him come in under those circumstances, and that’s almost trite,” Jones said on 105.3 The Fan. “It was, frankly, more than he could handle.”

Rush, who starred at Central Michigan, had been with the Cowboys from 2017-19, before being replaced on the roster by Dalton, the longtime Bengals starter, who briefly took over after Dak Prescott’s season-ending ankle injury.

The Cowboys signed Gilbert, 29, off the Browns’ practice squad after Prescott’s injury. Gilbert has bounced between seven NFL teams and played for the Orlando Apollo’s of the now-defunct AAF in 2019. He has six career NFL appearances to his name.

It is unclear how long Dalton will be sidelined and he is currently self-quarantining. The Cowboys have not found any other positive cases on the team.

nypost.com - 3 months ago
Maybe teams can try sliding into the Texans’ DMs. According to a NFL Network report, the Texans front office is so dug in that they are not taking phone calls from teams interested in acquiring Deshaun Watson. Tom Pelissero reported that some teams have
Read More

nypost.com - 5 days ago
The suspect stole Samsung cell phones from each victim, and a wallet from the older man, which held an ID and bank cards, cops said.
Read More

nypost.com - 8 months ago
A Long Island legislator has introduced legislation that would raise the age for smoking and vaping from 21 to 25 in in Suffolk County. The legal age to smoke statewide is 21. But localities have the option to raise it higher. New York City’s smoking age
Read More

A who’s who of attendees for Prince Philip’s funeral

nypost.com - 1 month ago
Buckingham Palace has released the list of who will be attending Prince Philip’s funeral at a Windsor Castle chapel on Saturday. With just 30 attendees — a list kept short by British social distancing rules — it will be a very intimate, and very royal,
Read More
More News & Articles