Tyrese Haliburton: Obi Toppin has ‘tricks up his sleeve’ in Dunk Contest

Toppin will be the lone representative at All-Star Weekend for the flailing Knicks.
Author: Peter Botte
Published: 2022-02-19 12:58 am 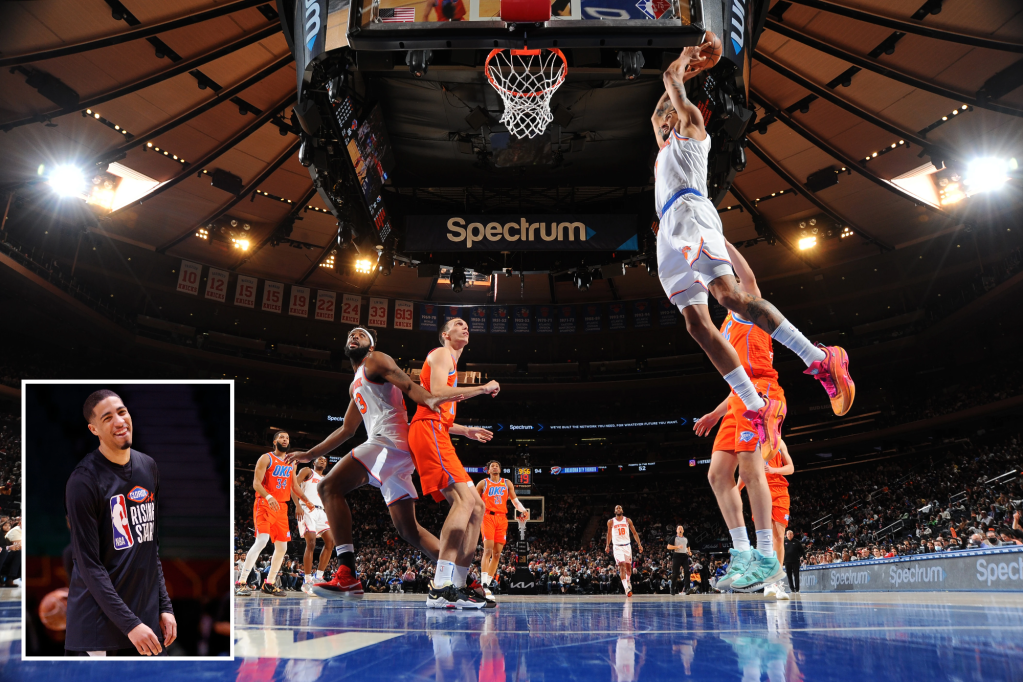 Obi Toppin has been creative with electrifying jams during a few games for the Knicks this season, so it’s easy to see why so many are looking forward to his second straight appearance in the NBA Slam Dunk Contest on Saturday night in Cleveland.

Toppin will be the lone representative at All-Star Weekend for the flailing Knicks. They had no participants in the Rising Stars tournament Friday night, nor will they for the All-Star Game on Sunday after Julius Randle represented them in the showcase event one year ago.

“I think there’s a lot of exciting dudes in the dunk contest. I went to dinner with Obi [Thursday] night, and he told me he’s got some tricks up his sleeve, so I’m excited,” Tyrese Haliburton, who was traded last week from the Kings to the Pacers, said before participating in Friday’s set of Rising Stars games.

“Joe was the first one that I spoke to about it and yeah, he gave me some pointers, gave me some tips, obviously, as a champion himself, and so did Ky,” Mills said after the Nets lost Thursday to Washington. “I’ve got some good backing and I’ll carry their advice with me hopefully to be another champion on the team.”

“As long as I didn’t wear the legs off him all season, so that he has nothing left in Cleveland, all things considered my money’s on Patty,” Nets coach Steve Nash said Thursday.

The Rising Stars event has been broken down into a four-team format, featuring rookies, second-year NBA players and, for the first time, four players who play for the G-League Ignite team rather than spending their pre-draft eligibility in college.

Haliburton played Friday on a team coached by Isiah Thomas, with the other three teams coached by fellow Hall of Famers Rick Barry, Gary Payton and James Worthy.

Hornets second-year guard LaMelo Ball is the only player scheduled to play for both the Rising Stars and in the All-Star Game. He was named as an All-Star replacement for injured Nets star Kevin Durant.

“I’m pretty much having fun and trying to put on a show for the fans and everybody,” Ball said. “To play [Friday] and then come back Sunday and play, it’s a blessing, for sure.”

nypost.com - 2 years ago
“Is it me, or does Jeff Bezos’ rocket look like a giant penis?” one person tweeted alongside a photo of Blue Origin, the craft the 57-year-old world's richest man will fly into space next month.
Read More

Our wedding ‘ruined’ all others — thanks to our citywide wedding parade

nypost.com - 1 month ago
They took "walking down the aisle" to the extreme.
Read More

nypost.com - 8 months ago
Tommy Fleetwood highlights a group of longshot bets for the PGA Championship that are worth betting.
Read More

nypost.com - 8 months ago
In now viral videos on Twitter, a Rangers fan can be seen punching a Lightning fan, appearing to knock him out cold.
Read More
More News & Articles