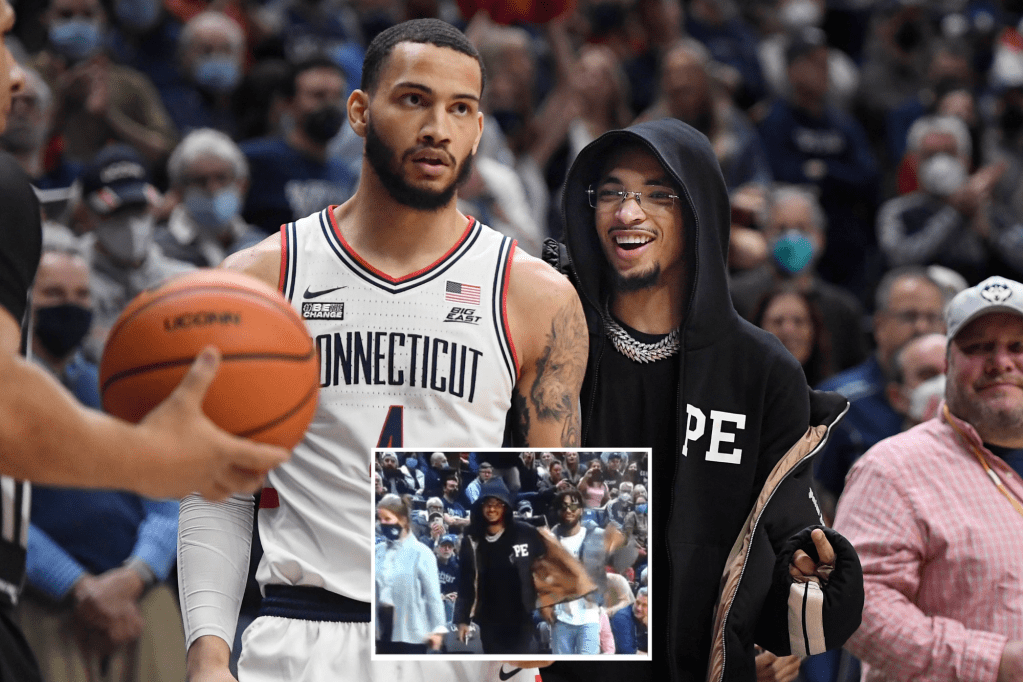 Former UConn guard James Bouknight was ejected from his courtside seat at the Huskies’ game against Xavier on Saturday afternoon, seemingly for using his cell phone.

The former star was surprised to be asked to leave, but complied. He and a friend exited the court, waving to the crowd as they left. The Charlotte Hornets guard didn’t exit Gampel Pavillion, but made his way into the student section behind the basket instead.

Bouknight was a First Team All-Big East honoree a year ago, leading UConn to the NCAA Tournament, where they lost to Maryland in the first round. He then left Storrs and was selected by the Hornets at No. 11 overall in the 2021 NBA Draft.

Without him, UConn has kept up the momentum from last season, with a 19-7 record after defeating Xavier 72-61 on Saturday. It looks like a second straight NCAA Tournament berth appears assured for the Huskies, with Danny Hurley having turned the program around following a dry spell that came with Kevin Ollie’s ouster.

nypost.com - 7 months ago
Many MTA subway lines will be out of commission for the first workday of the year as COVID-19 surges due to a shortage of workers.
Read More

nypost.com - 3 months ago
Hader will be out for the team's series against the Padres, and the situation will be reevaluated from there.
Read More