Cleveland Browns GM Andrew Berry is dumping cold water on the same old hot topic. Days after inscrutable wideout Odell Beckham suffered a torn ACL in the Browns’ Week 7 win over the Bengals, his future with the team was once again being debated by NFL
Author: Michael Blinn
Published: 2020-11-04 03:24 pm 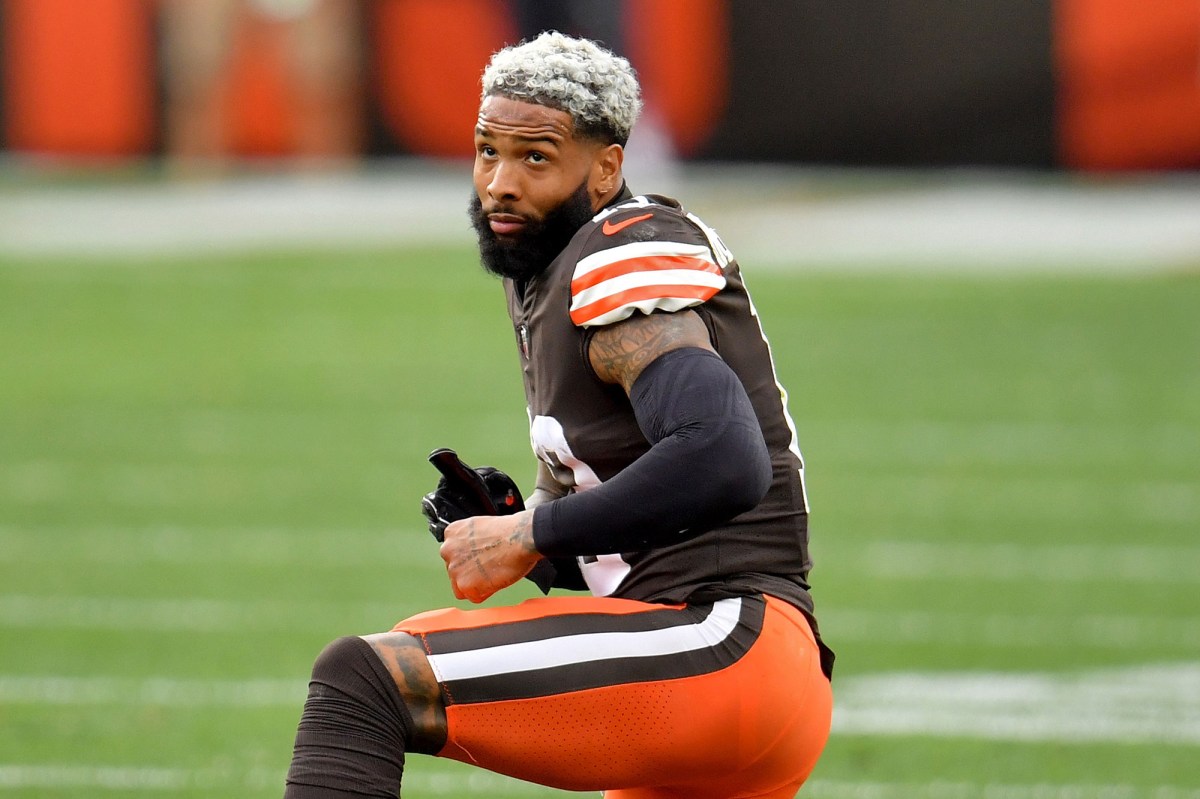 Days after inscrutable wideout Odell Beckham suffered a torn ACL in the Browns’ Week 7 win over the Bengals, his future with the team was once again being debated by NFL pundits.

NFL Network reported Sunday morning, “There’s a very real possibility that he has played his final game with the Cleveland Browns.”

Berry seemed prepared for this round.

“I feel like this is a question I’ve literally addressed every week since I took the job,” he said told media on a Wednesday Zoom call. “So really at this point in time, I really don’t see a difference.”

The 27-year-old former Giants receiver is a two-time All-Pro and three-time Pro Bowler, though injuries have been an issue throughout his career. Beckham has underwhelmed in his season-and-a-half in Cleveland since the 2019 headline-making trade. He’s posted 97 catches and 1,354 yards with seven touchdowns in 23 games with the Browns.

Beckham has three years remaining on a five-year, $90 million extension he signed while still with the Giants, and the Browns are already looking forward to his 2021 campaign.

“Honestly, our focus with Odell, Odell is one of the best receivers in the NFL,” Berry said. “He played really good football for us before he was injured. He’s done a fantastic job with his teammates at practice, he’s embraced the organization, he’s under contract for multiple years.

“So our focus with Odell is making sure he recovers from the ACL tear. We want him to be healthy and ready to go next year. But we’re pleased with him.”

nypost.com - 1 month ago
Golden State’s Stephen Curry and Phoenix’s Devin Booker have been 3-point champions at All-Star weekend before, and they’ll try to win that trophy again Sunday. The NBA revealed the 15 players Tuesday who will be taking part in the other on-court events
Read More

NFL pushes Raven-Steelers back to Tuesday amid ongoing COVID situation

nypost.com - 5 months ago
For the second time in a matter of days, the Baltimore Ravens-Pittsburgh Steelers matchup has been pushed back due to coronavirus issues. What started as the primetime Thanksgiving game was moved to Sunday afternoon as the Ravens deal with a COVID-19
Read More

nypost.com - 5 months ago
There are just six games left on Cam Newton’s one-year deal with the Patriots, and it’s unclear if the veteran quarterback hopes to stay in New England. During an appearance on WEEI’s “The Greg Hill Show” on Monday, Newton was asked directly if he has
Read More

nypost.com - 6 months ago
An urban climber scaled six floors of the New York Times skyscraper in Midtown Manhattan Thursday afternoon before being arrested by the NYPD, authorities said. The unidentified daredevil started his ascent soon after 5 p.m. and made it up to the sixth
Read More
More News & Articles