Election staff in Pittsburgh’s Allegheny County, one of Pennsylvania’s most populous areas, reportedly are taking the day off Thursday, despite the fate of the presidential election hanging in the balance with more than 35,000 ballots left to tabulate.
Author: Steven Nelson
Published: 2020-11-05 12:08 pm 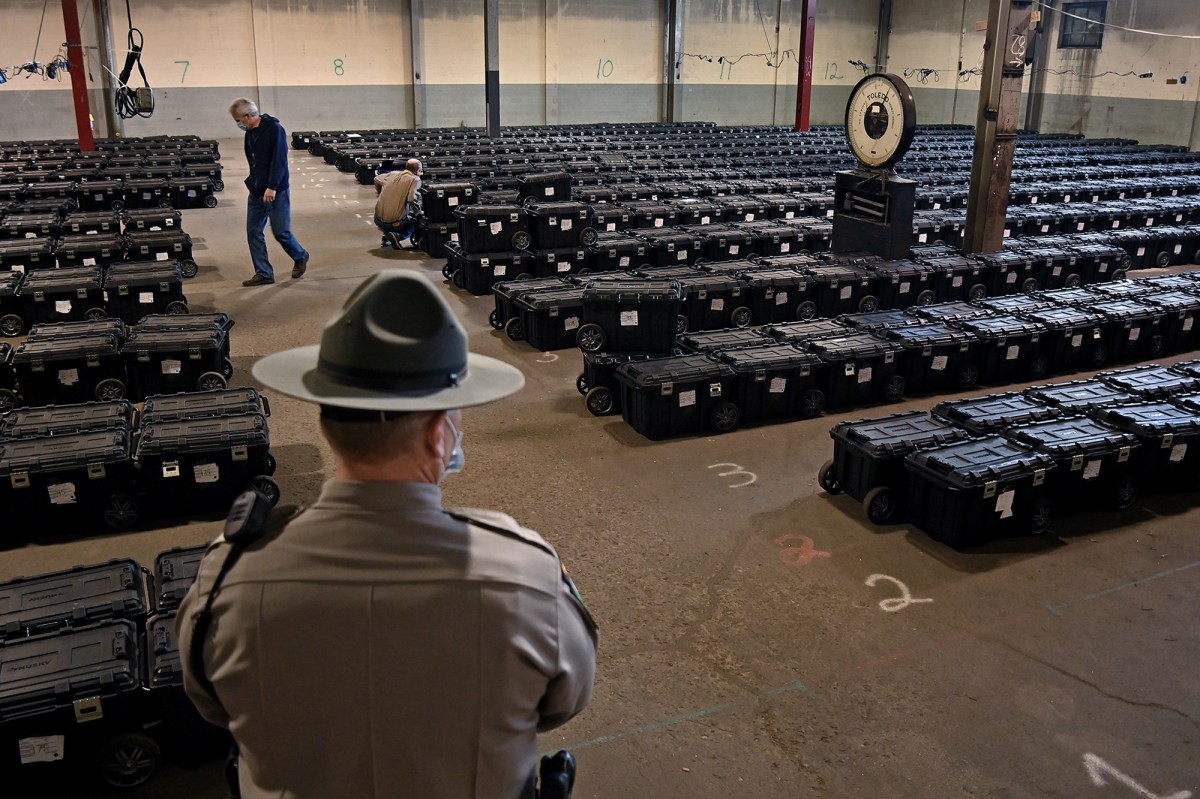 Election staff in Pittsburgh’s Allegheny County, one of Pennsylvania’s most populous areas, reportedly are taking the day off Thursday, despite the fate of the presidential election hanging in the balance with more than 35,000 ballots left to tabulate.

“They aren’t counting any ballots today! They stopped last night and are taking the day off,” Bethany Hallam, an Allegheny County councilperson, wrote on Twitter.

Hallam told New York Times reporter Trip Gabriel, “I can’t get an answer as to why.”

Pennsylvania’s slow counting of absentee ballots has kept the presidential race in limbo. President Trump leads by more than 135,000 votes in the state, but mail-in ballots are breaking for Democratic candidate Joe Biden.

Allegheny County Executive Rich Fitzgerald did not immediately reply to The Post’s request for comment.

Hallam wrote on Twitter that she believes some of the ballots can’t be counted until Friday.

“Remember that ~29k of these can’t be counted until tomorrow due to a court order, but there are about 5K-6K that were not scannable and also not being counted today!” she wrote.

Trump’s path to re-election dimmed this week with apparent losses in Michigan and Wisconsin. Other swing states remain contested, including Georgia, North Carolina, Nevada and Arizona, where margins are narrow and many votes are not counted.

The Trump campaign on Thursday said it won a court ruling allowing access to monitor some vote counting processes in Pennsylvania, which Trump must win to retain the White House if projections in other states are accurate.

The Pennsylvania Supreme Court has allowed Pennsylvania mail-in ballots to reach election offices by Friday to count. If the margin is narrow, those votes may be the subject of a grueling court battle.

nypost.com - 3 weeks ago
Kyrie Irving is bringing his new team to Boston to face his old one, and there will be no shortage of noise and vitriol.
Read More

nypost.com - 4 months ago
As the wheels are coming off of the Cuomo administration’s COVID coverup machine, fed-up Democratic lawmakers are joining their GOP colleagues in looking to hold Gov. Cuomo accountable. On Friday, 14 Democratic state senators demanded the revocation of
Read More

Open Our Schools and other commentary

nypost.com - 4 months ago
From the right: Open Our Schools “Many liberals continually ignore the science that shows students can safely return to school,” notes Wisconsin ex-Gov. Scott Walker at The Washington Times. The CDC confirmed that “vaccinations of teachers is not a
Read More
More News & Articles