As Rutgers takes on Notre Dame in a First Four NCAA Tournament on Wednesday in Dayton, here are their three keys to victory.
Author: Zach Braziller
Published: 2022-03-15 10:46 pm 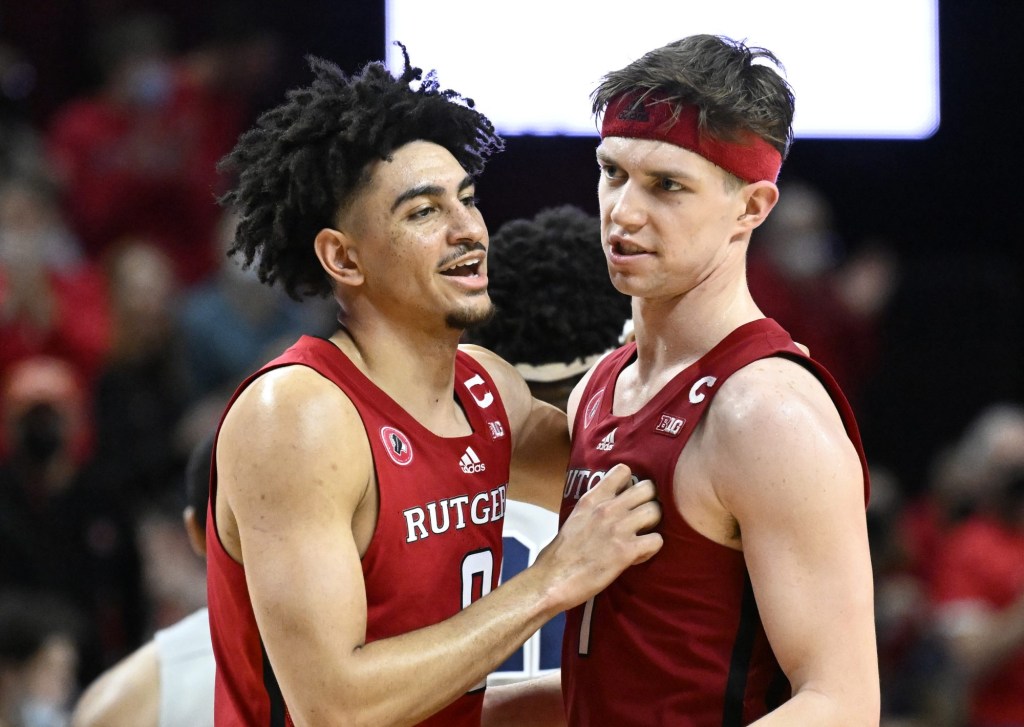 As Rutgers takes on Notre Dame in a First Four NCAA Tournament on Wednesday in Dayton, here are their three keys to victory.

Notre Dame shoots a sizzling 38 percent from downtown, which is tied for 15th in the country, and second-leading scorer Dane Goodwin is a 44.8 percent marksman. Rutgers has to run the Irish off the 3-point line.

The Irish lack anything close to a rim protector. They were last in the ACC in blocks per game at 1.88, which should mean a lot of easy baskets for Cliff Omoruyi and Co. in the paint.

Make sure Geo Baker and Ron Harper Jr. get their shots. Rutgers has to sink or swim with the two seniors, leading scorers and faces of the revived program.

Jackson Mahomes ‘unbothered’ after restaurant destroys him on social media

nypost.com - 2 years ago
The Hungarian said he used the extra year after the Tokyo 2020 Olympics were delayed by the coronavirus pandemic to add weight and build up his muscles.
Read More

Washed up debris on Australian beach could belong to missing MH370

nypost.com - 2 years ago
Parts from an aircraft have washed up on a remote Australian beach, raising hopes the debris could be from Malaysia Airlines Flight 370, which vanished in 2014 with 239 people aboard, according to a report. Mike Elcoate, a fisherman who spotted the
Read More

nypost.com - 2 years ago
"Crazy Nancy Pelosi is looking at the 25th Amendment in order to replace Joe Biden with Kamala Harris," he told his 87 million followers on Twitter.
Read More
More News & Articles